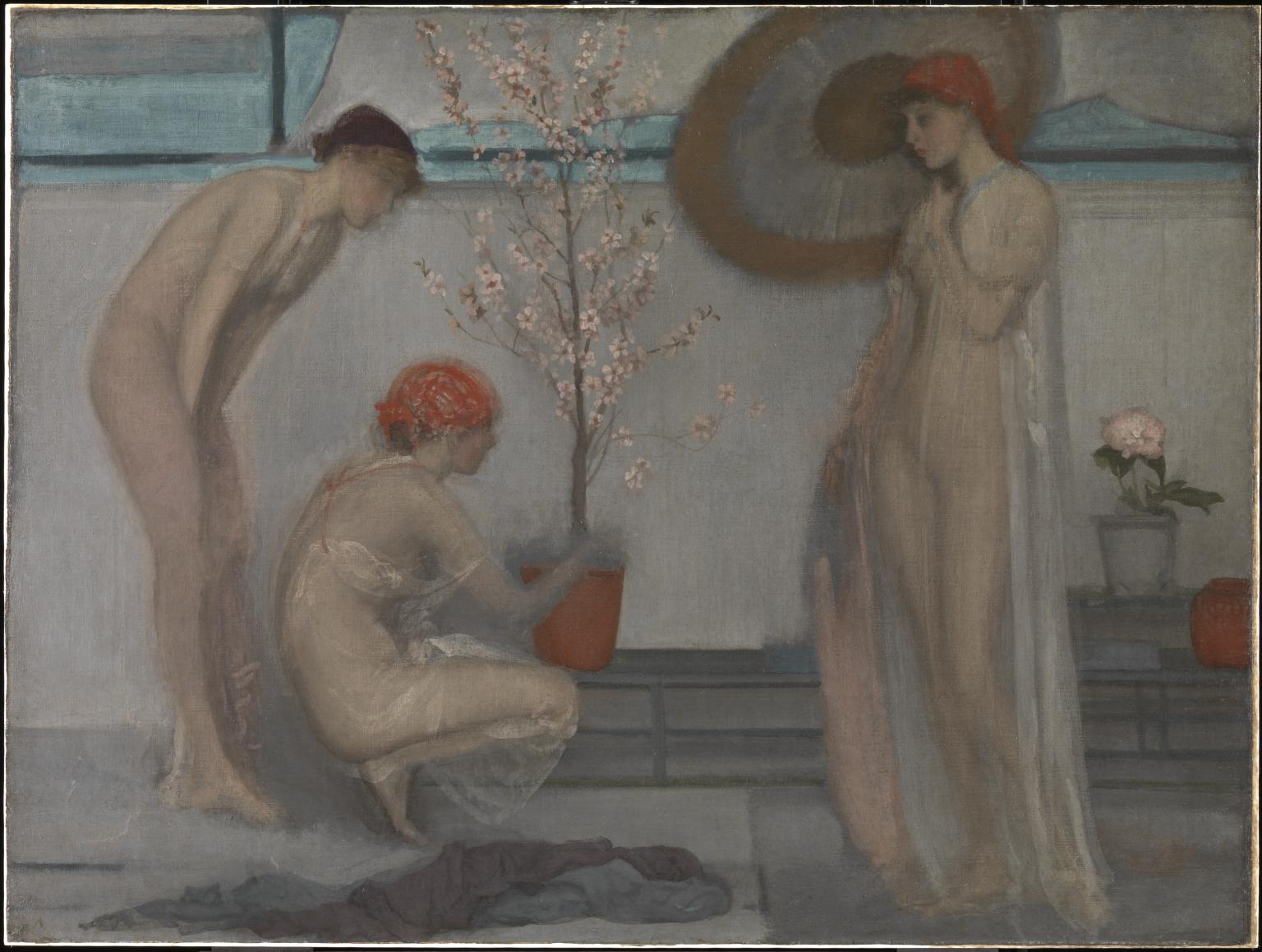 Ladies, if you’re cold, might I offer you a light jacket?

Every year in Washington, DC, spring arrives with an explosion of flowers, pollen, and tourists: the cherry blossoms are blooming. Like the tourists, the cherry trees are, for the most part, not native to the DC area. The capital is crowded with trees because, in the early 20th century, arbor-minded Americans who had visited Japan promoted them as perfectly suited for lining the broad avenues of L’Enfant’s urban design (plus, the climate seemed to fit — Tokyo and DC are only a few degrees away from each other, latitudinally.)

In 1912, Japanese diplomats heard of the Taft government’s plan to plant the trees and offered to donate thousands of them. Over a century later, the cherry blossoms are an integral part of DC’s identity. Some of those original donated trees survive even today.

The blossoms’ beauty lies, at least in part, in their impermanence. Blink, and you’ll miss them. The arrival date of the pink-white flowers is the subject of intense speculation in the weeks leading up to peak bloom. When they get here, along with warmer weather and later sunsets, they seem to brighten the city’s mood just a bit. The blossoms last only about a week until they’re snow showers of falling petals — less than a week if there’s stormy or gusty weather.

That week? It’s also about the only week all year you can wear a light jacket around here. I’ve concluded that light jackets are a trap. “So versatile!” they say. “Wear them on brisk spring mornings and cool summer evenings!” they say. “They’re like the outerwear you really want, but cheaper!” I say to myself. And I’m stuck with another light jacket that will hang in my closet, taunting me with the possibilities of comfortable transitional seasons that don’t really exist.

Every year, as March winds down, I picture pleasant spring months that never materialize. I picture myself strolling along DC’s tidal basin in a perfect coach’s jacket: enough to deflect the breeze off the water but not too stuffy to overheat. I think of sunset happy hours at the Biergarten in an olive drab cotton overshirt and the first sip of a cold Czech pilsner. Bike rides on sun-dappled paths in an unlined suede blouson. Ciao! Afternoons at the park with the kids, a cool dad in a denim trucker. A week of light jacket weather, and suddenly one morning it’s 85 and humid at 8 am.

Maybe the appeal of these spring days is in their fleeting nature, which, like death, taxes, and cliches, I’ve come to accept as a sure thing. Maybe these jackets are basically useless — not enough to keep you actually warm against any real chill, and a burden to carry once the sun is out. But they’re pretty to look at while the season lasts.