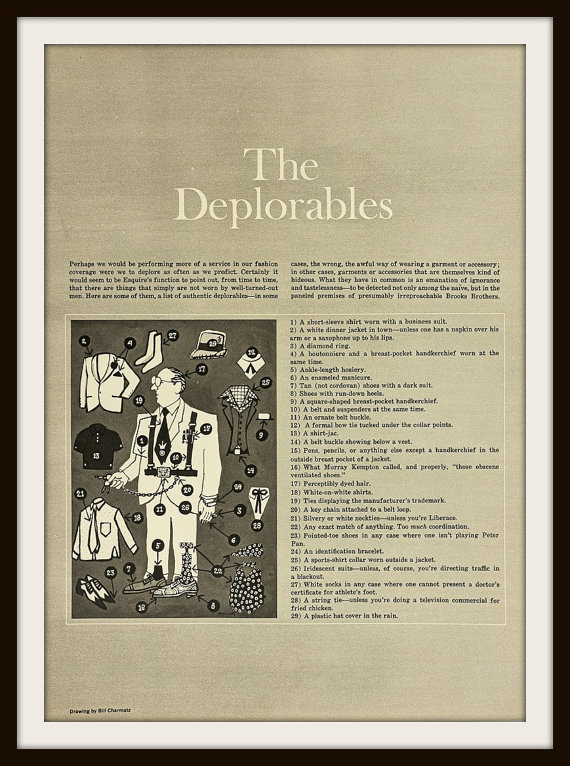 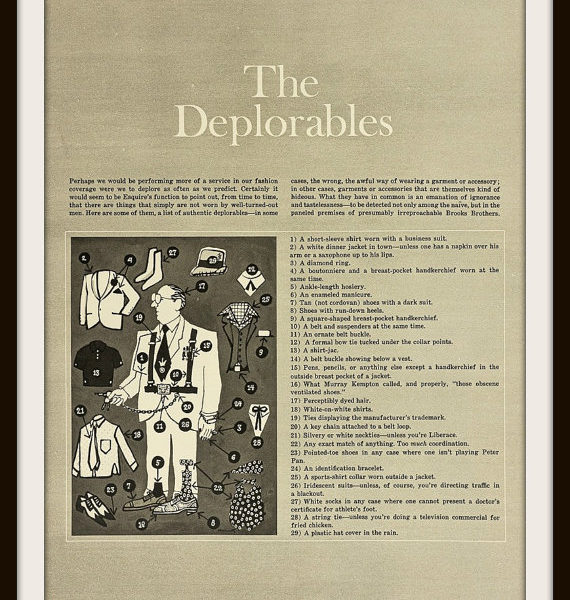 Hillary Clinton wasn’t the first to use the word deplorable as a noun. Back in 1968, the editors at Esquire put together a list of twenty-nine items they considered tasteless and awful, which they grouped together under the banner “The Deplorables.” The article was accompanied by an illustration from Bill Charmatz, showing a goofy looking fellow wearing said items.

The editors wrote: “Perhaps we would be performing more of a service in our fashion coverage were we to deplore as often as we predict. Certainly it would seem to be Esquire’s function to point out, from time to time, that there are things that simply are not worn by well-turned-out men. Here are some of them, a list of authentic deplorables –- in some cases, the wrong, the awful way of wearing a garment or accessory; in other cases, garments or accessories that are themselves kind of hideous. What they have in common is an emanation of ignorance and tastelessness –- to be detected not only among the naive, but in the paneled premises of presumably irreproachable Brooks Brothers.”

The list in full, with occasional comments from yours truly:

You can find an original print of the article here.