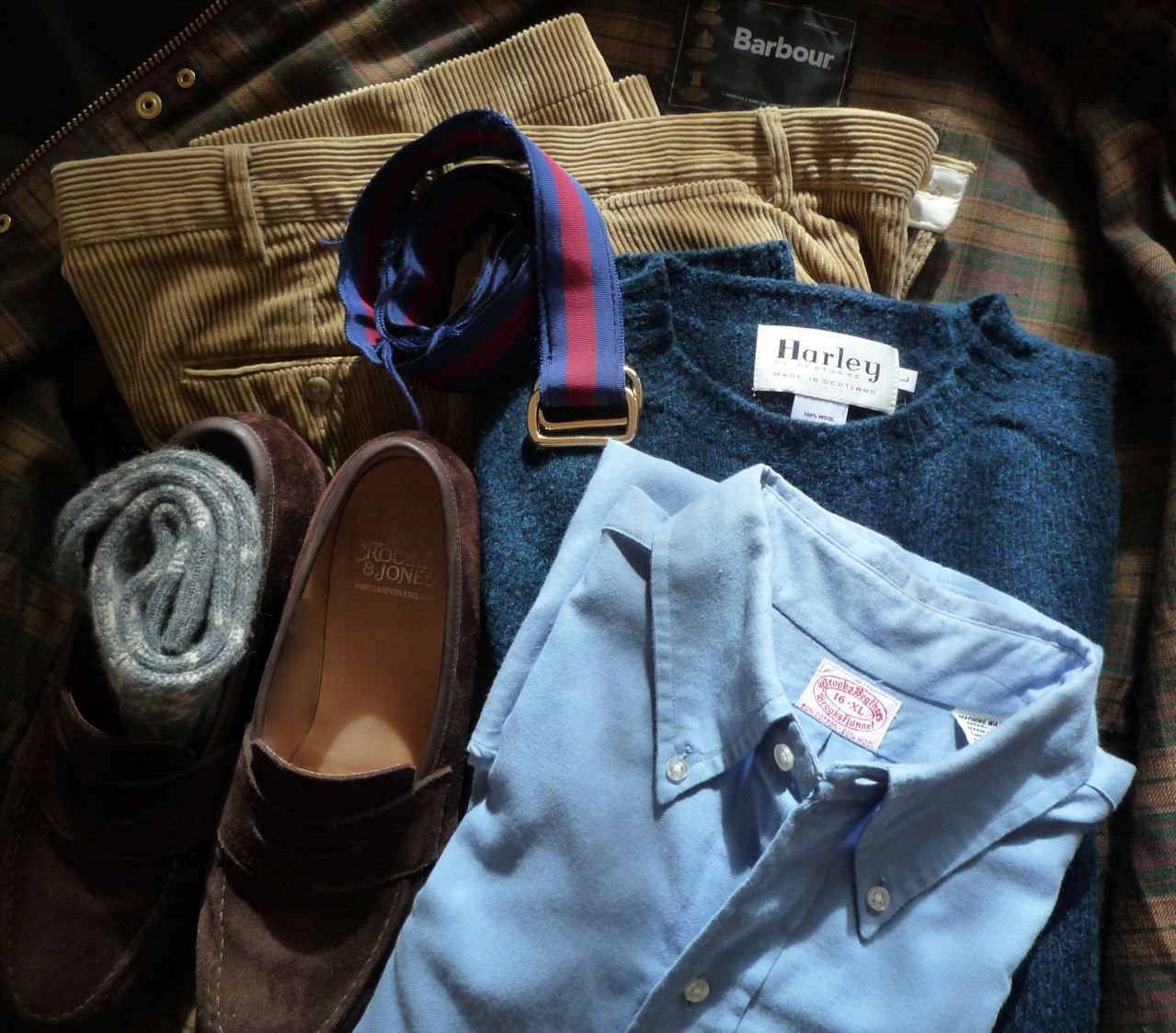 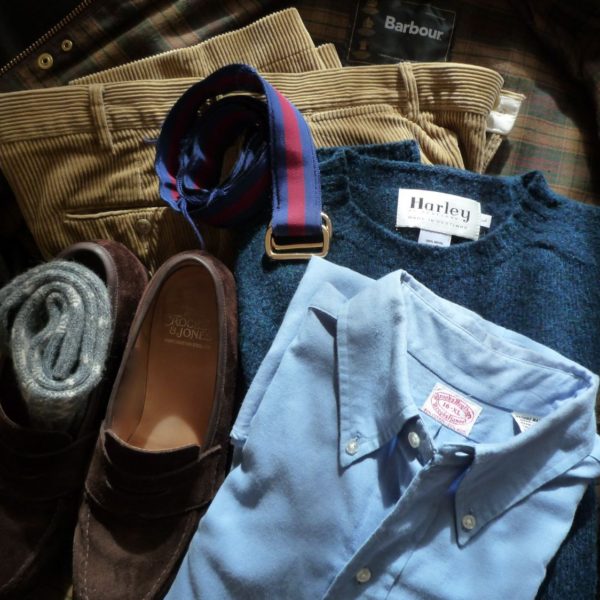 Perfect casual clothes for hanging out in the neighborhood? Shetland sweaters with oxford-cloth button-downs, corduroys, and suede shoes. Heavy Tweed Jacket shows how to do it right, and here’s where you can turn for the same look on almost any budget.