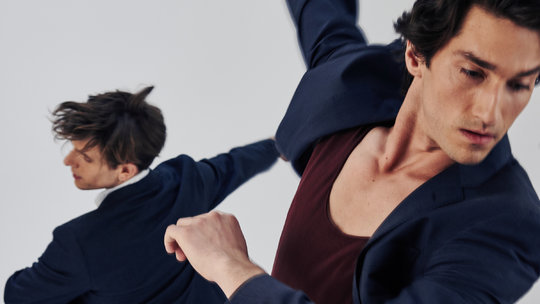 The New York Times last Friday launched a new print section dedicated to men’s fashion. Megan Garber over at The Atlantic thinks this signals something important. After years and years of journalists writing about “metrosexuals” and “man bags” (it’s European!), The Grey Lady’s adoption of a full men’s style section shows that the idea of men caring about clothes is no longer weird.

But there’s also a more complicated cultural proposition at play in a section that reports on the renaissance of gold watches and promises winky tips on “how to scrub your body like a man.” It used to be that “fashion,” as both a commercial idea and an epistemological one, was, by default, a lady thing. There’s the widespread assumption that the Style section (its wedding-related content, in particular) is the “women’s sports pages.” There’s the notion of journalism’s “pink ghetto.” There’s the sitcomic mainstay of the schlubby husband, dragged to the mall by his wife. There’s the fact that producers of Project Runway regularly troll their contestants by making them create menswear—a task that the designers, almost uniformly, detest.

Those assumptions and tropes, however, are rapidly changing. Men’s fashion—because of a combination of factors that have to do with politics and economics and the fact that polka dots are way more fun to wear than basic black—is ceasing to be a contradiction in terms. “Fashion” itself is quickly shedding its default femininity. Which is evidenced not just by the fact that both skinny jeans and normcorewear are unisex propositions, and not just by the rise of “peacocking” as a term, but also by the fact that men’s clothing itself is now being treated as a proposition worthy of cultural attention in the country’s paper of record. When it came to menswear, the Times’ Emmrich told me, “it felt like there was more energy than there had been in previous years.” And “there was a sense that there was more going on than we were actually covering.”

That’s not to say that things are fully egalitarian, of course. Men’s Style is ultimately meant to sell luxury goods to wealthy people. (As The New Republic’s Phoebe Maltz Bovy put it, dryly: “Adding style pages aimed at men, as a counterpoint to the ones primarily aimed at women, isn’t going to smash any gender binaries, but those awaiting that revolution might need to look to places that aren’t propping up luxury ads.”) The section also revels in an aw-shucks tone that is typical of classic sitcomic Daddery. The editor Jim Windolf, introducing it, referred to Men’s Style as “a guide to men, the boneheaded things they do, and cool watches.” (It’s hard to image any other group being discussed in terms of its “boneheaded” behavior.)

But there’s something nice, in the end, about the basic idea—and the basic existence—of a section that takes as a core assumption the fact that men, just like women, care about their appearances. And about being, in their distinct way, stylish. The Menaissance is upon us; with one reminder being the fact that “men’s style,” as a term, is quickly becoming redundant.