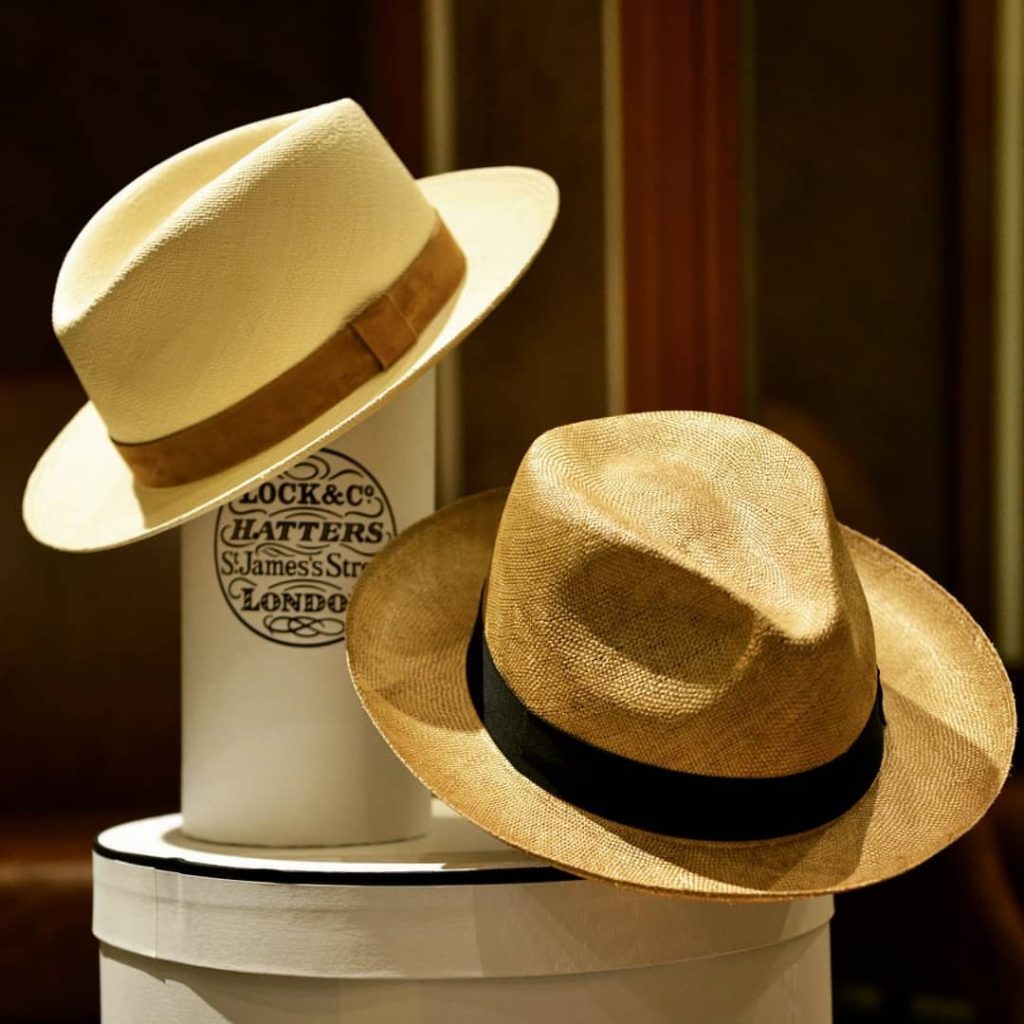 A lot has been written about the death of tailored clothing, as well as its accompanying necktie, but the first piece of traditional men’s dress to have disappeared is the hat. It’s been said that men stopped wearing hats en masse when President John F. Kennedy declined to wear one at his inauguration. Neil Steinberg, I think, gives a much more nuanced and convincing account. In his book Hatless Jack, he traces the slow disappearance of men’s headwear back to the late 1800s. Changing social norms and technology probably had more to do with it. Plus, hats were seen as stodgy and conformist at some point, and post-WWII fashion valued the young rebel. In an age when informality is equated with authenticity and self-expression, the fedora and its cousins can feel phony.

That doesn’t mean you can’t wear one. Like suits and sport coats today, hats are more of a style statement, whereas they used to be about social norms and etiquette. Baseball caps and beanies are still reasonably common, but if you’d like to try something a bit more traditional, start with a straw hat for summer.

Straw hats have a few advantages. For one, they have a full brim that can flatter your face, but they don’t come with any of the social baggage that’s associated with felt fedoras. Unlike floppy baseball caps, which mostly take the shape of your head, a traditional piece of headwear like this can be more flattering. A crown can help elongate your face, while the brim frames your features. And since straw hats are relegated to spring and summer – or at least sunny days – you have a good, practical excuse for wearing one. There’s nothing better for taking the pretenses out of a hat like the sun beating down.

Most of all, a straw hat is versatile. Depending on its design, a straw hat can be worn with suits and sport coats, like Jim Parker of The Armoury demonstrates above. The same hat, however, can be worn with battered jeans, a t-shirt, and a chore coat. Or a slim pair of chinos and a one-piece collar polo. Or a pair of linen pants and a safari jacket. Barring the avant-garde, it’s hard to think of many wardrobe styles that can’t be worn with the hat above.

Here are some things I’ve found to be helpful when shopping for a straw hat:

Options for a Straw Hat

If you’re looking for options, companies such as Worth & Worth, Optimo, and Brent Black are great starting points. They’ll have the finely woven straw hats made in Ecuador, known as Panamas, which I think look best with traditional tailoring. The finer the weave here, the more refined the hat will look (and the more money you’ll pay). Bailey of Hollywood and Paulmann are worth a look if you want something more affordable. For something more casual, I like the options at No Man Walks Alone. Some of them are too informal for a pressed summer suit, but would look great with a loose overshirt and some jeans. If you’re looking for more specific suggestions, here are five I like: 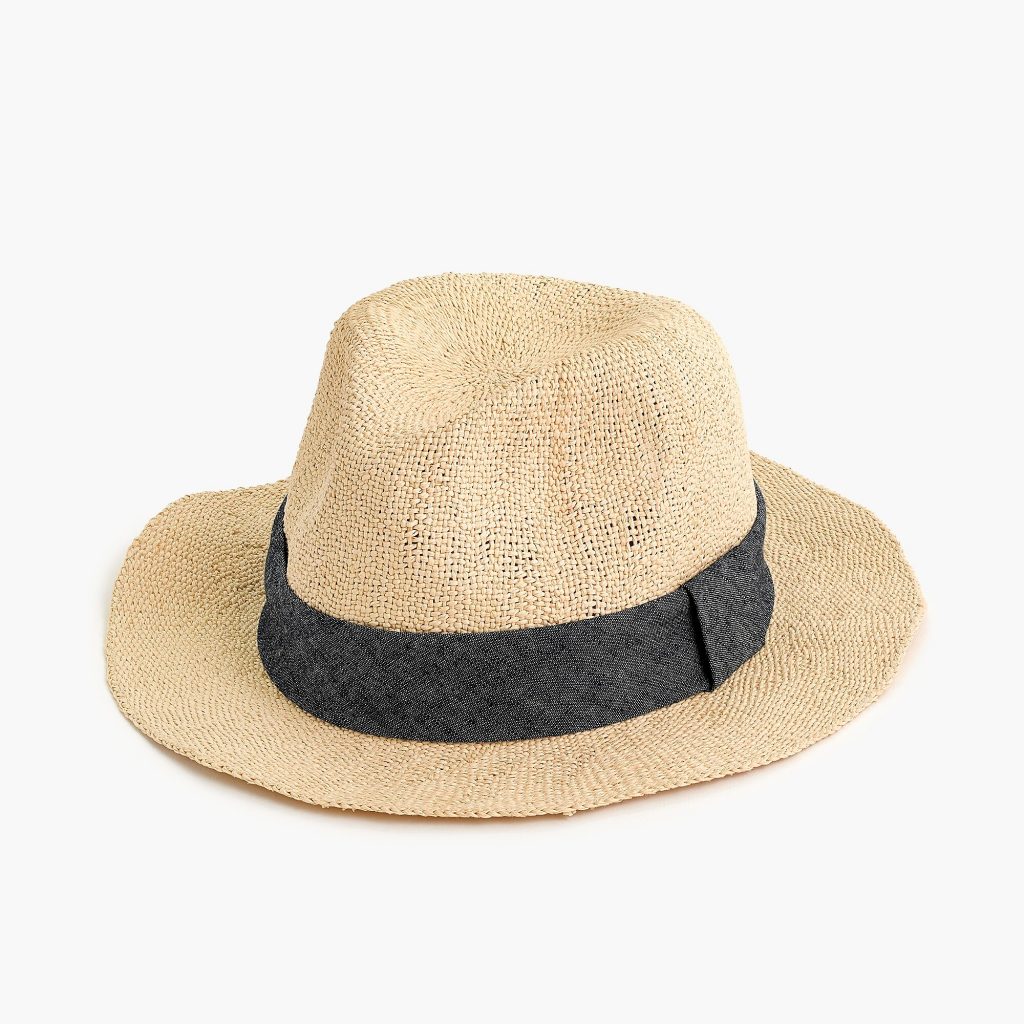 J. Crew ($49.50): We try to balance a respect for the best with an appreciation for modern clothing budgets. For something that’s affordable and widely available, check out your local J. Crew store. From product photos alone, you can see how J. Crew’s straw hat has a lower “thread count” than hats from, say, Worth & Worth. But at less than 1/4th the price and with the ability to try things on in J. Crew stores, it’s a great value. Plus, this is a hat you won’t feel like you have to treat with particular care, a bonus as it will likely endure canal-zone-level sweat and sun this summer. 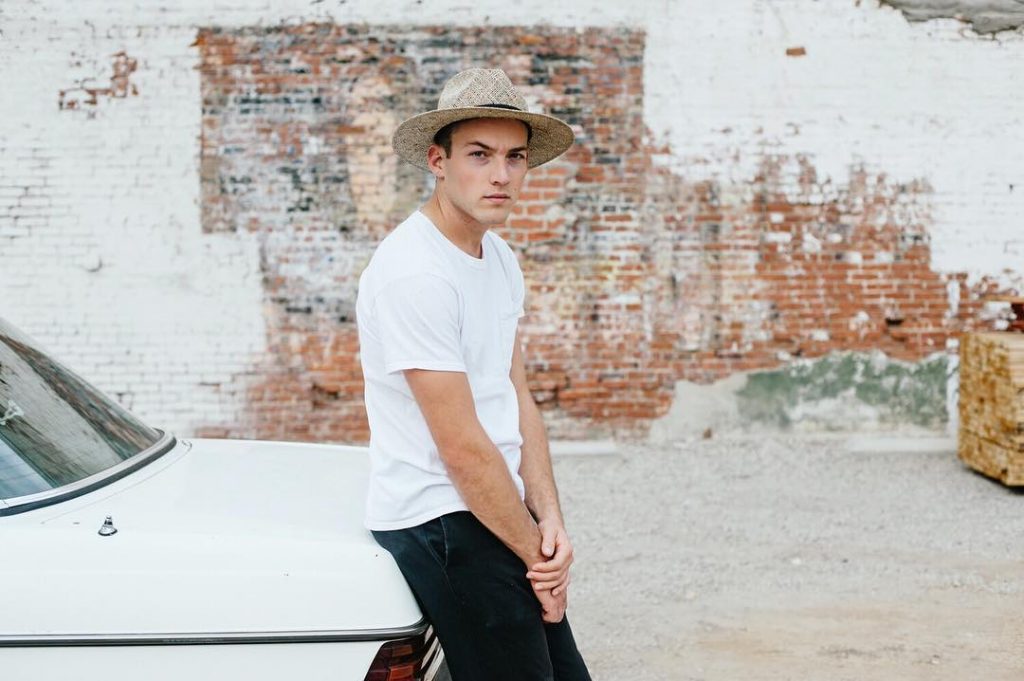 Yellow 108 Stevie Straw ($104): Yellow 108’s Stevie Straw is a little wider with a 3″ brim, but we think this is a good thing. The brim helps frame your face better, looks proportional in outfits, and actually does the important work of shielding your face from the sun. The woven seagrass straw is, again, a little rougher than the finest of Panamas, but wouldn’t look out of place with a summer suit. It can also be worn with anything casual. Plus, it’s made in the USA. Available through Yellow 108’s website and Stag Provisions, as well as on sale right now at Iron & Resin if you’re willing to purchase it on final sale. 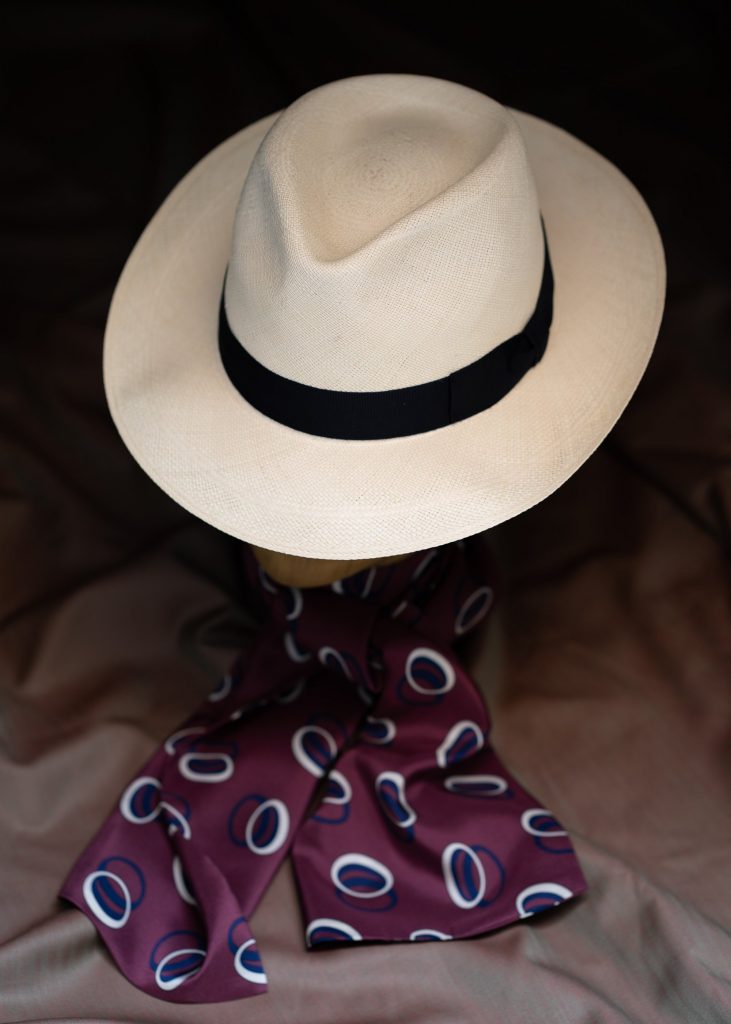 The Armoury ($300): I tend to trust The Armoury for this kind of stuff since the guys there have a good eye for style and know how to make traditional clothing look relevant in a modern context. Their Panama looks beautifully shaped and proportioned. It’s been handwoven in Ecuador, then blocked and finished in Italy. Jim Parker is often seen wearing this model on their New York store’s Instagram, and he always looks great in it. 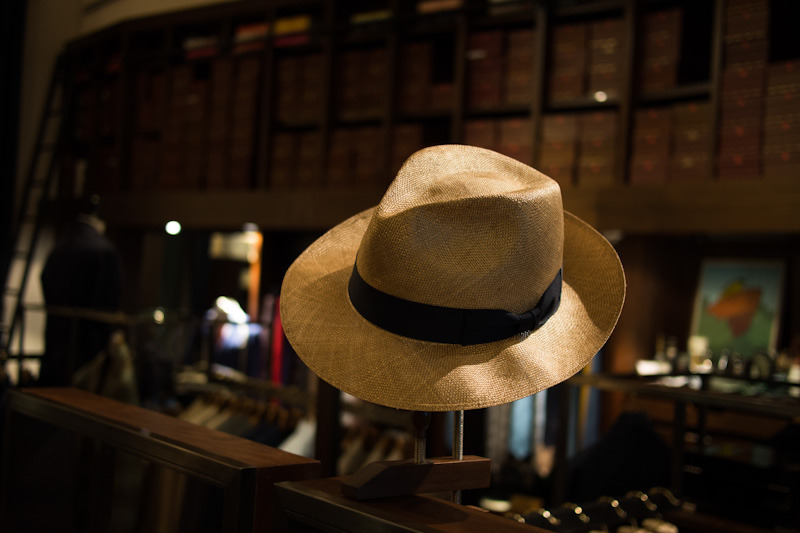 Lock & Co.’s Napoli ($335): My favorite option on this list. Lock & Co’s Napoli is made from sisal, is a type of fiber drawn from the agave plant. It’s a strong fiber, which is why it’s traditionally used to make rope, twine, and sacks for agricultural purposes. I find the slightly darker color is easier to wear than bright, bleached white. It gives the hat a slightly more lived-in look. The folded and sewn brim edge also keeps its shape well, while at the same time looking more casual than taped brim edges. The challenge is finding a retailer. Try Lock & Co in London, Tassels in Hong Kong, and Brogue in California. 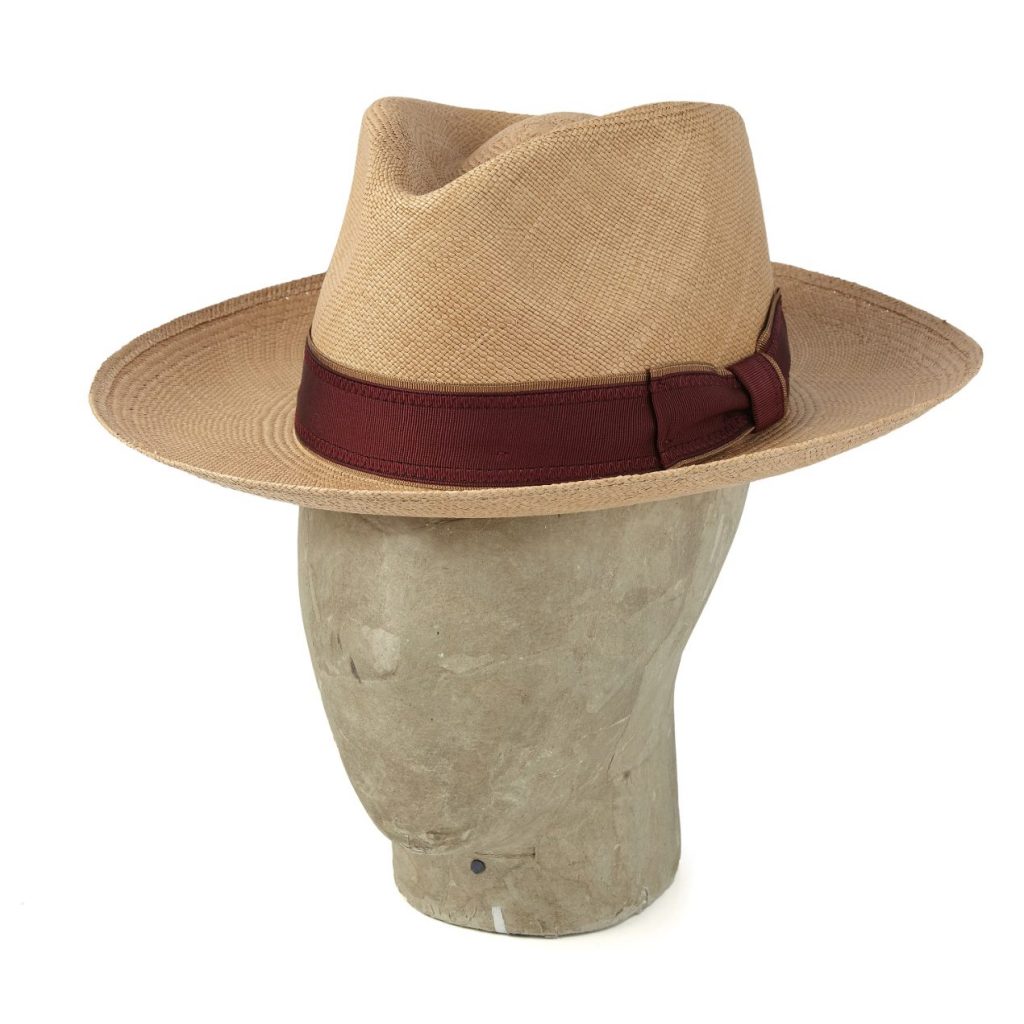 Bates ($465): Finally, check out Bates, one of the best hat shops in London, if not the world. They have a whole section dedicated to summer hats. While their prices aren’t inexpensive, their hats are excellently made (e.g., beautifully woven), while remaining a bit more affordable than the top-tier hats from Brent Black. I’m mostly including this mocha brown Antibe trilby for color variation, but everything in their shop is wonderful. Their natural linen fedora is just $165.