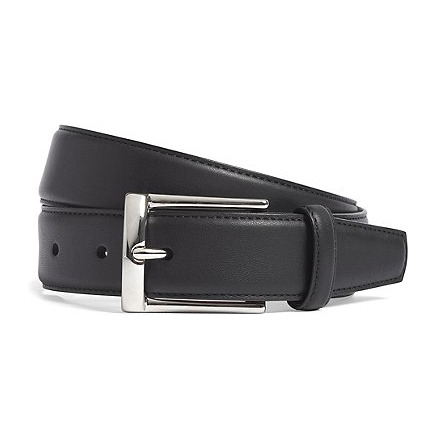 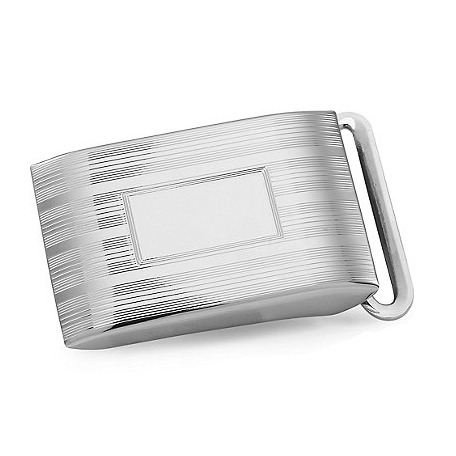 After I wrote Monday’s post about where to get affordable basics, a reader emailed me to ask if I had any other suggestions for belts. In his opinion, $40-50 is still a lot of money for a belt, which I think is a fair point.

One thing you can do is check out stores such as Kohl’s. More often than not, you’ll be able to find belts there for about $20-25. They should have phrases such as “genuine leather” or “real leather” stamped on the back. The problem with these is that they’re most likely made from cheap, split leather, or things such as reconstituted leather, which is scrap leather that has been bonded together with latex binders. Reconstituted leather is to quality leather what particleboards are to solid wood. It isn’t very good, to say the least. Plus, if you’re buying a dress belt with top stitching, the stuff in the middle is probably plastic or compressed paper, not full leather, which is what you want.

You can also often find decent belts at discount stores like Nordstrom’s Rack or even Marshall’s and Ross. While a Polo belt isn’t the finest that money can buy, it’s typically full-grain leather and will rarely set you back more than $40 or so. Look for something where you can see the grain of the leather – if it’s smooth and shiny, that means it’s been buffed and polished, which is a sign of low-quality leather.

Still, these should last for about three to six years before falling apart. If you’re in between jobs or waiting for a promotion, these will get you by until you have a bit more money.

The other thing you can do is to shop for a belt on eBay. My original post was about things you can buy without investing too much time or money, but it’s worth noting that belts on eBay are a bit easier to find than garments such as sport coats and suits. Most men don’t realize that belts can be altered, which means you can be a size 32 and still buy size 46 belts. Most cobblers or tailors should be able to shorten these for you. The job is done by removing the buckle, cutting down the belt from the buckle end, and then reattaching everything back together. This way, you still retain the shape at the pointy end, as well as the same number of holes.

While we’re on the subject, note that you can also buy slide buckles on eBay, even if they’ve already been engraved with initials. If the engraving isn’t too deep (this will be a judgment call on your end), you can take it to a jeweler and have it removed. Again, since many men don’t realize this, this also means you can score a pretty sweet slide buckle for considerably cheaper than what you’d otherwise pay in-store.

(Photos above taken from Brooks Brothers)