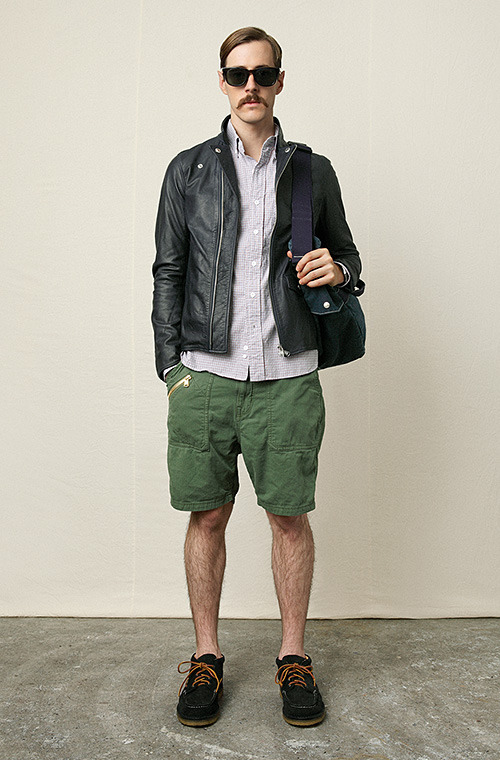 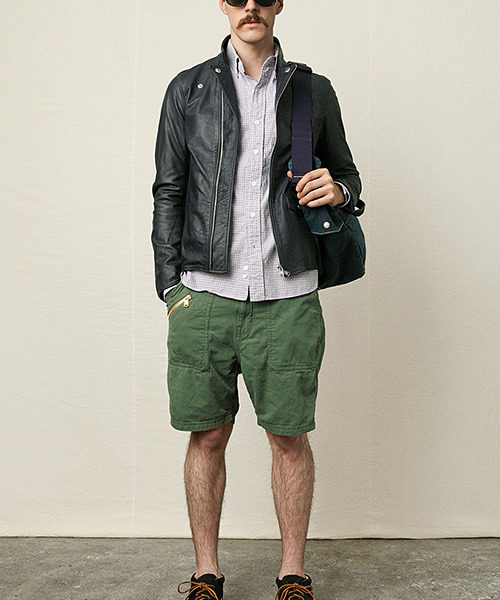 With summer slouching toward Labor Day, you thought you’d be spared another mention of menswear’s roughest beast: the cargo short. They’ve been roasted by the Wall Street Journal (and many others) and staunchly defended by guys with exceedingly weak cases that seem to boil down to: they’re easy and what we’re used to. Which is the same argument a toddler might make to stay in diapers. The diaper is, after all, sort of the original cargo pocket.

Fortunately, there is a middle ground. There are short pants with arguably vestigial pockets that look OK, even good. Cargo shorts are modeled after a military design, and we generally appreciate the influence of military design on civilian style. The key is avoiding the characteristics that brought the cargo short down: mall-ified design elements, careless fit, and guys’ admirable but unhelpful refusal to get rid of their truly worn out, 15-year-old shorts. Burn the Abercrombies you “could totally fit six cans of Beast light in” and opt for cargos that are either faithful to pre-mall styles or trying for a more modern look.

Like
many men’s brands today, Nonnative specializes in tweaked basics, like
nicely tapered “easy” pants or loose (but loose in a specific,
intentional way) jersey tshirts. Every season they put out a pair or two
of utility shorts I’d call cargos (the olive pair in the lead photo of
this post look great, but are from 2011). The flapped cargo pockets on
this year’s version are on the front of the legs rather than the side,
and there’re additional zip pockets above them. You probably won’t be
stuffing all your extra cash in there though, as these retail for about
$250+.

It seems to be true the genesis of cargo shorts is that military contractors made pants with side leg pockets, which resourceful soldiers cut off at the knee for hot weather wear, inspiring original manufacturers like Rothco to make proper hemmed shorts like these, often out of ripstop material with bellows pockets and sometimes seat reinforcement. They are cheap as dirt. And really? They’re totally fine–I wear my pair a lot. How they fit you will depend on where you are in the size spectrum, as each size covers a range of measured waists with the help of side adjusters, which are semi-functional. For a similar effect you could also cut off a pair of Stan Rays or other fatigue pants.

Milspec shorts were also pretty much your only option for cargo shorts in the 1980s and early 90s, when they were popular with skaters and part of the tribal uniform in “youth crew” style hardcore punk circles. The pockets were great for storing sharpies so you could X up on the go. Other key accessories: a low-slung guitar and a tough guy stance.

These are sort of cheating, but Yvon Chouinard’s 1970s shorts design, where the cargo comes in the form of a double seat open at the top rear, are a modern outdoors classic. They mesh well with other styles with an outdoor flavor–like rugby shirts, 60/40 parkas, moccasins—stuff sometimes  referred to as “rugged ivy.” They’re also reasonably priced, usually under $50.

I wrote about Bleu de Paname’s cargos last year and they didn’t bring the exact model back this summer, but you can still find some floating around the internets. I liked the moleskin fabric, contrast buttons, and funky rear pocket on these, which are to American cargos like a Le Labourer jacket might be to an American chore coat.

The intersections of bro culture and Tokyo-via-Paris post-sci-fi high fashion are few, but cargo shorts represent one of them. Julius is the sort of brand we don’t talk about much on Put This On–it’s challenging in that it’s hard to find, expensive, and not particularly versatile, but that doesn’t mean it doesn’t look cool in the right context. Julius’s designs tend to be on the exaggerated side, proportion-wise–most of their cargo shorts and pants are slim to the point of tight but with large pockets and looseness in the thighs, creating a pretty distinct silhouette. It’s OK to appreciate something and not be particularly inclined to buy it. Their cargo model seems to be available only in pants right now, although you can find shorts on sites like Grailed.