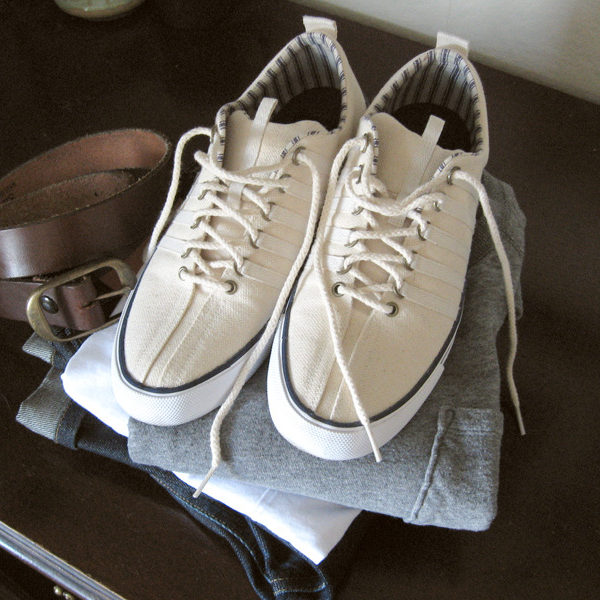 Following on my “style for college students” post, I thought I’d suggest some “under $50” options that I think would work well for students. Above is what I sometimes wear on weekends if I have errands to run, but I think it can also work for someone in college.

The best thing about everything here is that nothing requires much maintenance. I know most college students don’t have time to iron their clothes, polish their shoes, or do any of the other recommendable things for clothing care. The stuff you see above are all items you can throw on, not pay too much attention to, and not worry if things get stained. These are the kind of clothes that look better beat up than brand new anyway. Pretty much ideal if you sleep in libraries, go to parties where cheap beer is often spilled, and don’t even own an iron.