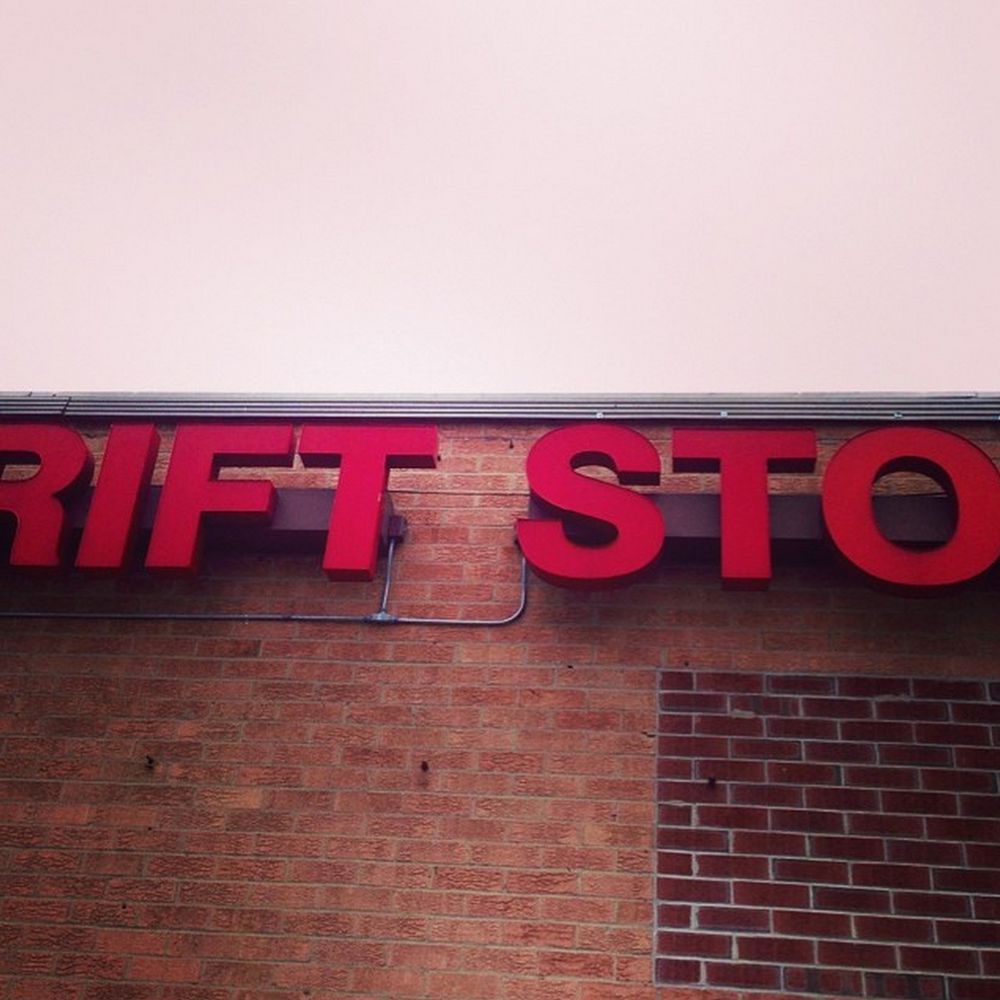 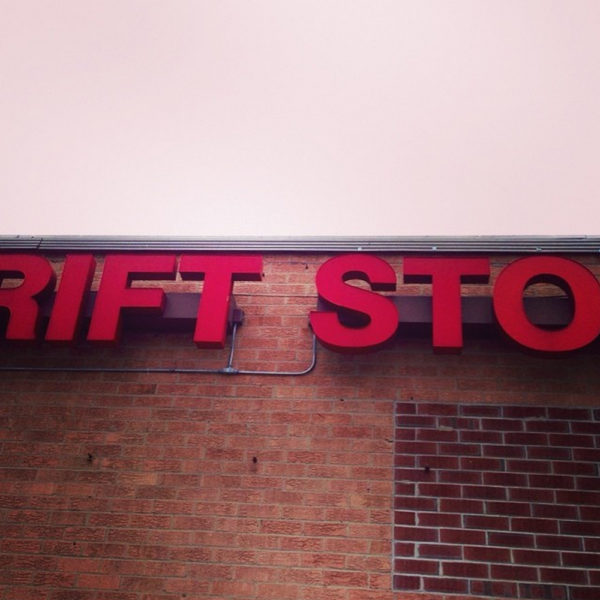 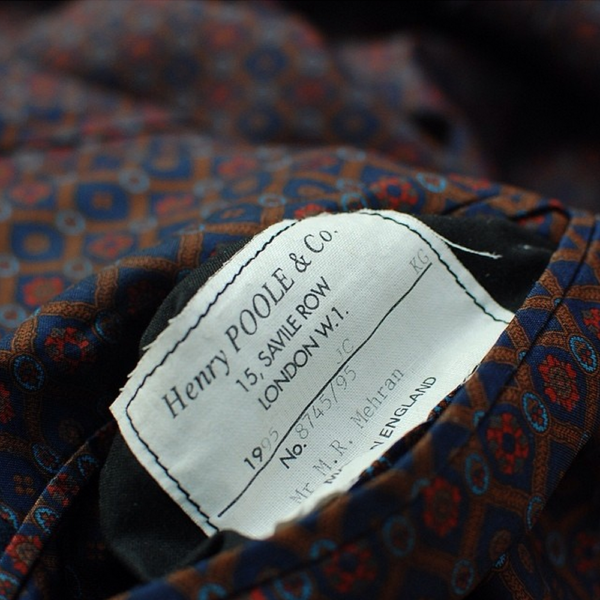 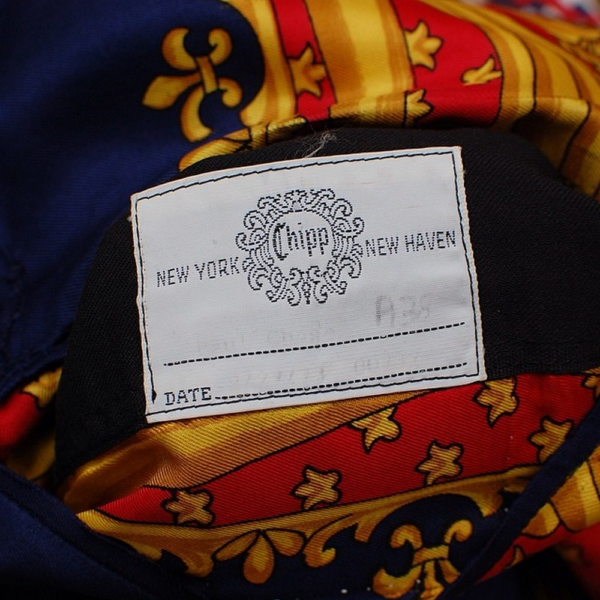 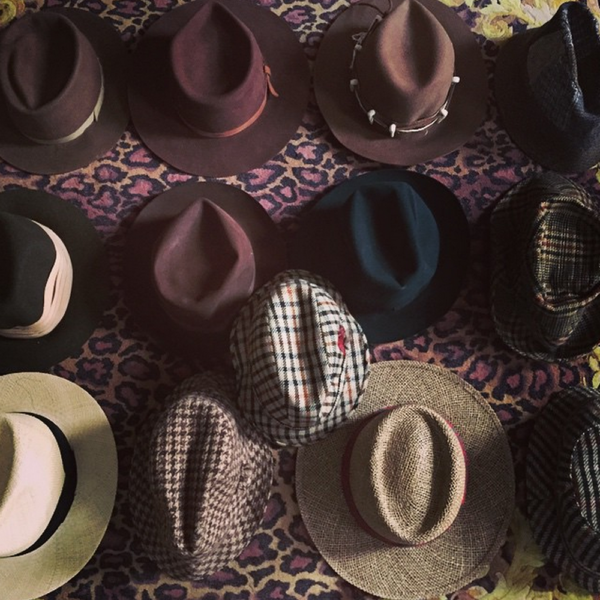 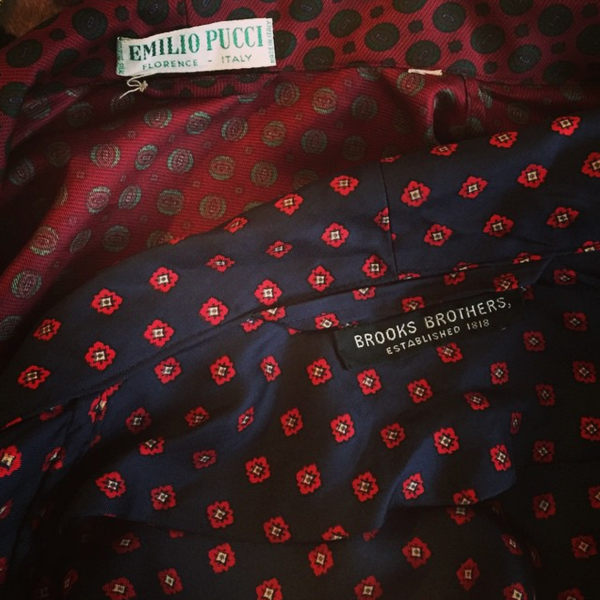 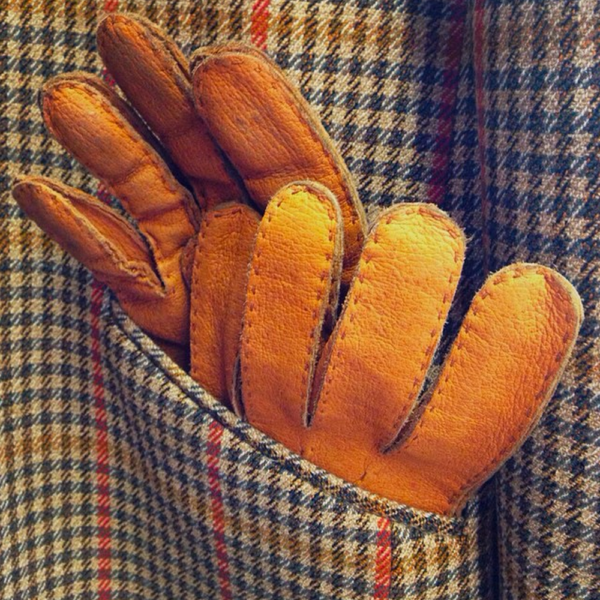 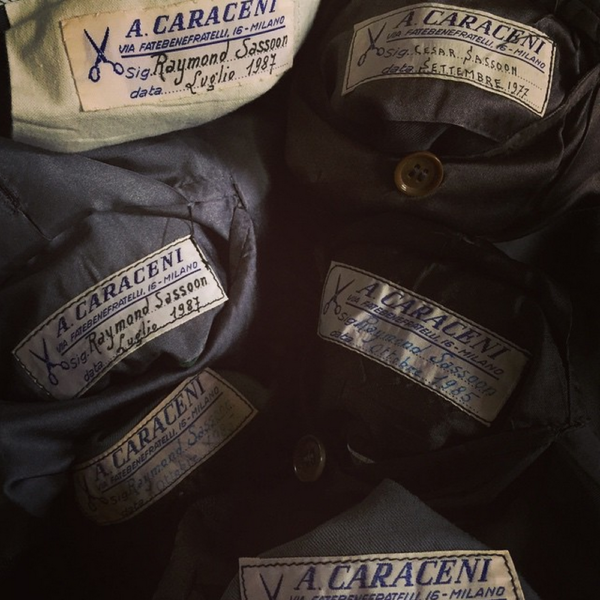 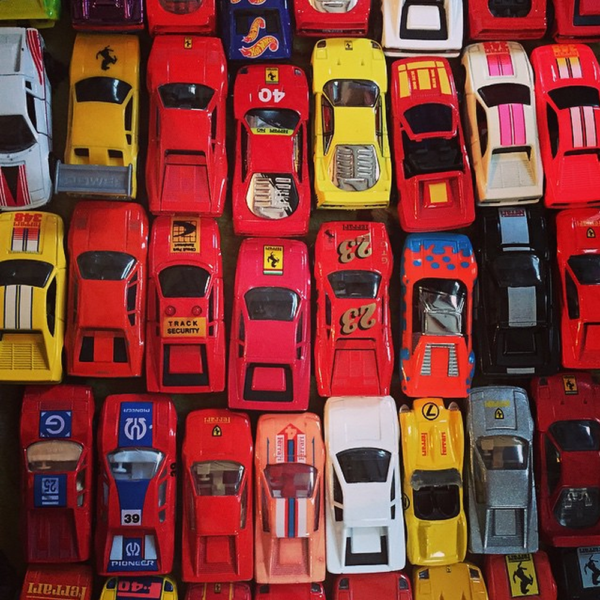 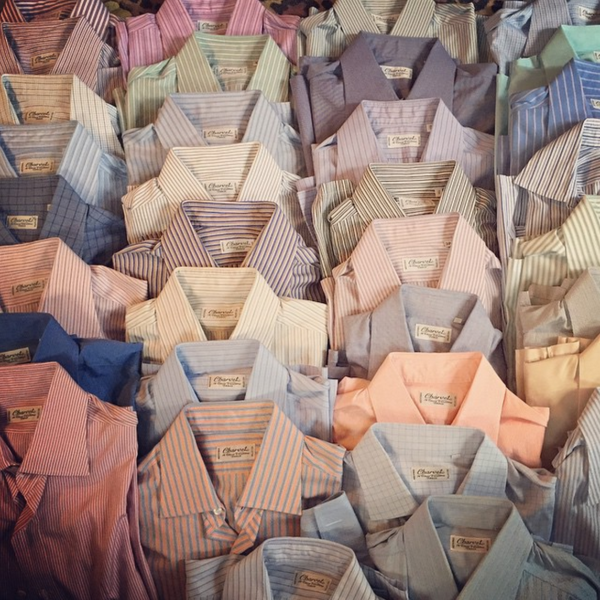 For most people, thrifting is a hobby – something to do on lazy afternoon, and hopefully, a way to score a nice vintage find. For others, it’s an obsession. Matthew from LuxeSwap has spent the last seventeen years thrifting for high-end men’s clothing, going through piles and piles of junk to dig up unnoticed bespoke suits, handmade shoes, and some of the world’s finest accessories.

Most of those finds get flipped on eBay for a profit, and with over $2.5 million in sales at this point, he’s made a nice living for himself. He’s bought a home, a Ferrari, and recently, a fully loaded Maserati. Not bad for a guy who spends his time going through things that others have discarded.

These days, Matthew mostly spends his time building his consignment business – where he sells people’s unwanted clothes for them on eBay (most notably, Buzz Bissinger’s insane Gucci collection) – but he still thrifts. We chatted with him recently about his most memorable thrifting experiences, as well as his tips for people trying to add something special to their wardrobe.

I know you’ve found some great things thrifting. Which have been some of the most memorable?

There have been so many – Caraceni suits that belonged to the Sassoon family, which I picked up for $7; an original 1930s Panama suit that I bought for $10; and a late 19th century, ten-foot American flag that my wife found balled up at the back of a garage sale. We bought that for $5 and it’s incredible. Beautifully hand-sewn with the name “Livingston” written on it. We’re going to get it framed, but similar flags have sold for $800.

My favorite, however, was one of my first major scores. This was fifteen years ago, when I was casually exploring a garage sale I found through a local newspaper. The manager of the sale let me explore the attic, and while I was up there, I saw this old, beat-up leather case. Pulled it out and – yep, it was a Louis Vuitton. I freaked out and took it downstairs to see how much they wanted for it.

While I’m standing in line, I noticed that the people running the show had a display case with about 100 Beanie Babies. As I got closer, I saw that the case was actually an old Goyard trunk. So I asked them how much they wanted for “these two old cases” and the guy said “$55 for the pair.” I couldn’t believe it – one a Louis Vuitton and the other a Goyard, both for $55.

I bought both of them. Later had them professionally repaired and restored, and then sold them for $1,200 each.

That’s incredible. Have you turned around anything else with that high of a profit?

Just last weekend, I also picked up three pairs of Morgenthal Frederics eyewear frames. They’re made from pure horn. I haven’t sold them yet, but I paid $3 for them and they collectively retail for about $6,000.

How do you know when you come across something nice? Obviously, it helps to know a lot about men’s clothing, but are there ways you spot quality?

A lot of it is about being hands-on and having a good memory. If I’m at a thrift store, I’ll scan the tops of garments to look for labels and country-of-origin tags. Things that have been made in Italy, France, the US, or the UK will get pulled aside so I can take a better look at the construction and quality. It also helps to know how to read garment labels, as a lot of times, you’ll find something that’s just part of a diffusion line. There’s a huge difference between vintage YSL stuff made in France during the 1980s and the licensed crap that was put out in the ‘90s, but you have to know how to read labels.

Sometimes, stuff also just jumps out at you. I once found a sport coat with 14K gold buttons. The jacket itself was actually a piece of junk – just a regular blue, poly-blend sport coat. But in that split second when I moved it on the rack, I noticed that the buttons shimmered a bit differently. It’s hard to put it into words, but once you’ve seen a thousands of crappy buttons shimmer, you know when you see something different.

Half the battle seems to be just knowing where to go. How do you find good shops?

Ha, that’s a trick question, isn’t it? The joy of thrifting is all in the hunt. You never know when the racks are going to be filled with Attolini or H&M, but that’s also what makes it fun.

Your best bet though is to find a place that’s both big and located in a wealthy area. They’ll have a large assortment and the highest turnover. You can also visit smaller mom-and-pop shops or church operations, but it helps to be in an area with a dense cluster of them. Any one won’t get as high of a turnover, but if you can drive to a bunch in one day, it makes the effort worthwhile.

There are also consignment shops and estate sales. Consignment shops are usually a lot more expensive, but on the upside, they’ve done all the “curating” for you. For estate sales, I check EstateSales.NET and then drive through rich neighborhoods looking for signs. They usually won’t have the kind of assortment you’d find in a thrift store, but since you skip the in-store fact checking process, you sometimes stand to find better deals.

Given the amount you’ve thrifted, you must have gone through a lot of pockets. What are some of the stranger things you’ve found?

My best find is probably $700 in cash – six crisp hundred dollar bills and two fifties ($600 of it shown above). It was inside a Zegna jacket I recently picked up for $20. I had it in the back of my storage for about five months before finally listing it. It missed the store’s employees and my employees, but when I reached inside to take a photo of the tag, I felt something that I initially thought was a business card. Instead, it was $700 in cash. I later sold the jacket for $50.

I also once bought a wild, three-piece plaid suit with funky bell-bottom trousers and wide lapeled jacket. Inside the pocket were a vintage condom and hotel receipt. In another jacket, I found an ATM receipt with a checking account balance for three million dollars.

Any thrifting tips for our readers?

You have to know a little about a lot, and sometimes a lot about a lot. You can’t read my story and think you’ll be able to walk into a thrift store and find a million bucks. You need to constantly research – stuff about brand history, fashion history, emerging trends, classic styles, etc. There are diapers in the world that will sell for $600 (I’m not kidding), or t-shirts that guys in their mid-thirties will pay top dollar for just because they used to wear them as a teenager. You have to be constantly learning and love the hunt. For me, thrifting is my therapy. Some guys watch football, play music, or read books. Me? Let me go through a pile of old, dusty things and that’s when I’m happiest.