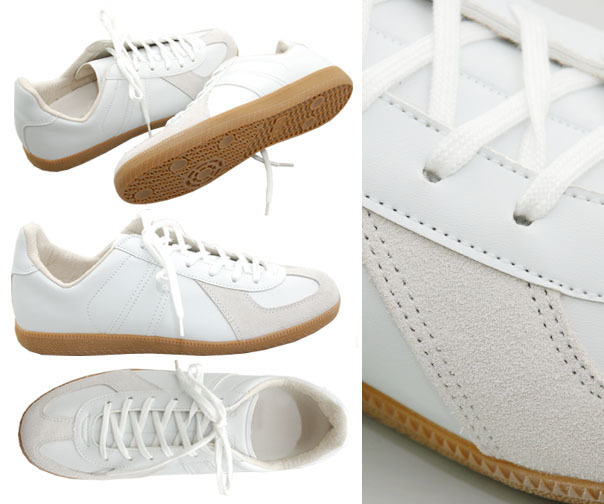 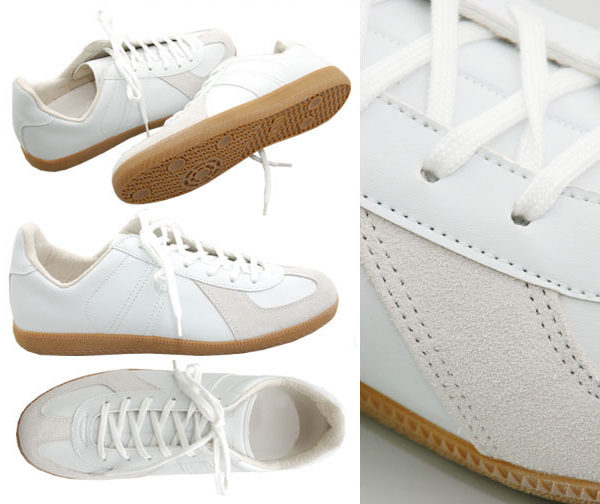 If you’ve ever wanted German Army Trainers, now might be one of the better times to get a pair. Readers might remember when Jesse wrote about them last year. German Army Trainers (or GATs for short) are simple white sneakers accented with a bit of grey suede at the toe. They were designed by two brothers who would later go on to launch Adidas and Puma, which is perhaps why the design feels so familiar.

For many people, the easiest and most recommendable source for GATs is Zeemon – a StyleForum member in Germany who has been supplying people with these shoes for years. Unfortunately for us – though fortunately for him – he’s moving to Japan in April for a study abroad program. Which means if you want a pair, you should contact him soon. He’ll send you a pair for $85 flat, and you can either message him on StyleForum or email him here for details.

Another option is to go through ajdesa – a StyleForum member who’s organizing a bulk-buy for slightly used trainers. Used pairs can be found through military surplus dealers on eBay Germany, but you’ll have to deal with Google Translate and not all sellers are willing to ship to the United States. Plus, ajdesa is selling them for slightly less than what you’ll find on eBay. Since he’s a new user, however, I’d recommend paying him through Paypal, but via your credit card, so that you get a bit of protection in case anything goes wrong. You can private message him on StyleForum if you’re interested.

For the most affordable (and easiest to order), there’s JC Penny, who surprisingly came out with a GATs inspired design this past season. Cost? $25.50 with the code LASTDASH. I haven’t handled them, but some people have reported them as being surprisingly good for the price.

Lastly, if you have a bit of money to spend, the current round of seasonal sales makes this the best time to snag a pair of Margielas (the most popular replica). End has a 60% off sale going on right now with a couple of Margiela GATs priced between $215 and $250.