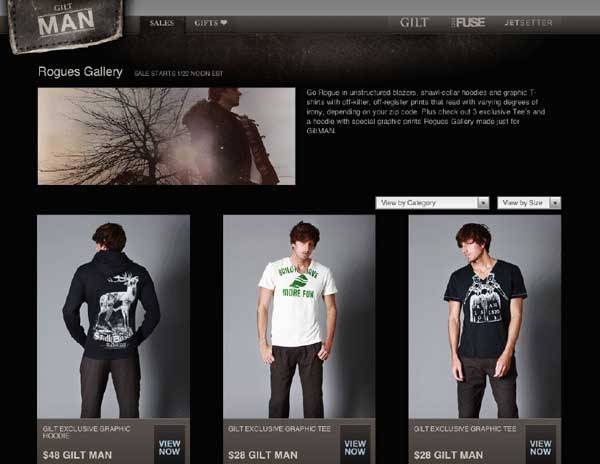 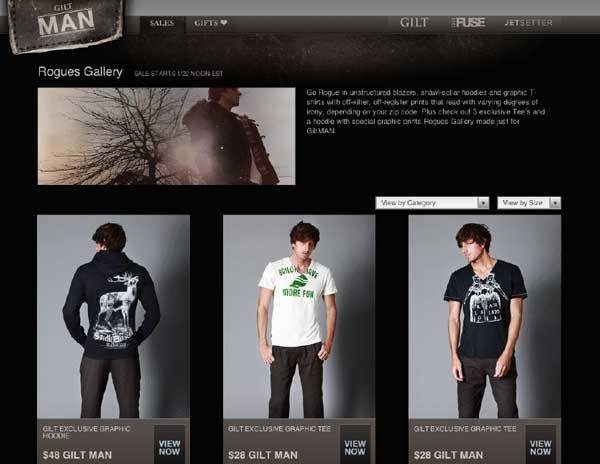 There’s been a lot of drama with Gilt Groupe over the past week.  As we wrote in two posts, hackles were raised when a New York Magazine article revealed that not all Gilt merchandise was from overstocks – some were planned overstocks (orders placed when designers showed their collections), and some were made specifically for Gilt.  The article described designers working with Gilt to hold down costs on Gilt-specific items, which lead to questions about whether Gilt and designers were secretly selling second-rate product.

I’ve been dialoguing via email with Gilt’s Marketing Director Gabriela Meriles over the past week, and we’ve finally reached a resolution.

My goal was to get two questions answered: whether Gilt would list Gilt-exclusive items with a generated-from-whole-cloth “retail” price which was higher than the Gilt price, and whether they disclose “Gilt exclusive” items.  Gabriela sent me the above screencap of a Gilt-exclusive sale which is clearly labeled, and assured me that the vast majority of Gilt merchandise, especially for men, is not Gilt exclusive.  What I didn’t hear, though, was an assurance on either of the points I mentioned: “retail” prices and disclosure of Gilt-exclusive, non-overstock items.

Today, I got an email from Gabriela which outlined what I think is a perfectly fair (new) policy at Gilt.  They will continue to list made-up “retail” prices for Gilt exclusive items, but all Gilt exclusive sales will be labeled as such.  I still don’t care for the idea of listing an MSRP for an item specifically designed to sell at Gilt’s price, but it isn’t much different than what you’ll find in outlet malls across the country.  What I really appreciate is Gilt stepping up to the plate and labeling which of their items was made specifically for them, so you (and I) have the information we need to decide whether we’re getting a deal or not.

To date, we’ve only identified a few sales as “exclusive to Gilt,” but this has not been a site-wide policy. Now it will be. In determining price, our brands always provide MSRPs on any products they produce for us — just as they do for other retailers they sell to. They base the MSRP on current or past styles, taking into account any modifications like fabric, trim or details. Retailers use the MSRP to set their full retail price, and we use it to determine our discounted price.

Given how ecstatic I am over a pile of Woolrich Woolen Mills shirts that just arrived at my house from Gilt, and how much I’m anticipating the stuff I got from the last Final Sale, I’m willing to give them a pass.  New companies make mistakes as they barrel forward, and I think they’re tested by how they respond to them.  So: still recommend Gilt for a very convenient (as long as you’re ready at 9P/12E) source of discount designer clothes.  If you need our invite, here it is.

PS:  You know about their army of robots, right?