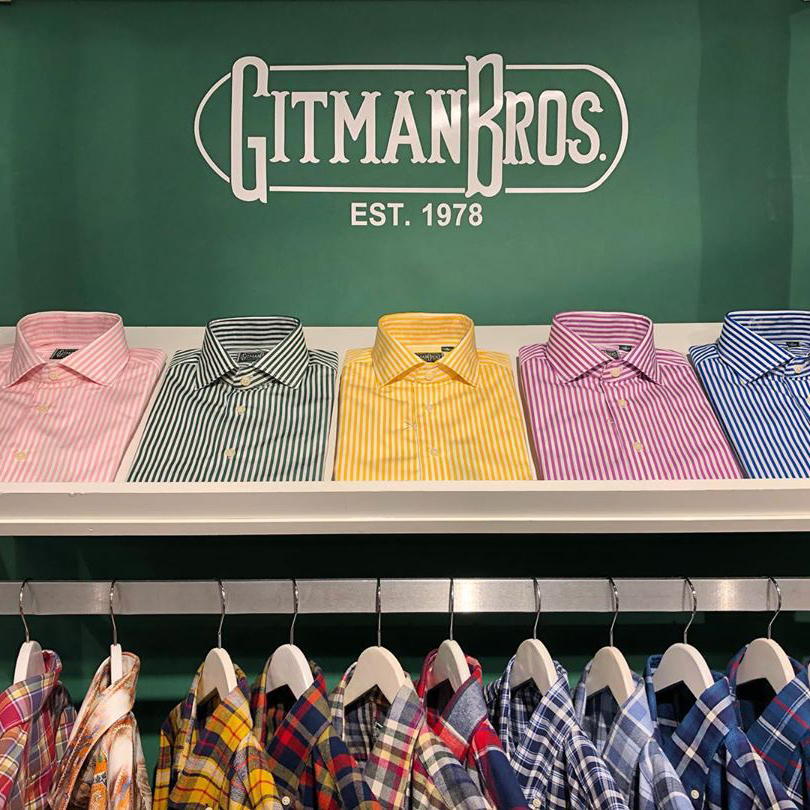 Ten years ago, men’s style was built on the idea that some brands will survive any economic downturn or political upheaval. Customers paid a premium for heritage brands because they believed they would be around forever. Today, many brands from that age are buckling from a variety of pressures — international competition, rising rents, flagging US sales, and of course, the toll of mass shutdowns.

There have been countless casualties since the heyday of #menswear. In 2016, a private equity firm purchased Cone Mill’s parent company, International Textile Group, and then shuttered the company’s North Carolina based White Oak plant, which was the last remaining selvedge denim mill on American soil. Last month, J. Crew filed for Chapter 11 bankruptcy protection as a way to manage its massive debt load. Not long after, rumors circulated that Brooks Brothers would close its Garland shirt factory, which employs about a third of the city’s residents. Brooks Brothers is also looking to shut down their Southwick and Long Island factories, respectively, unless the company can find new owners. Additionally, I was able to confirm with sources inside the company that Brooks Brothers is preparing for Chapter 11 bankruptcy as well, which could come as early as the next few weeks. Add to this the list of other notable bankruptcies in recent months: Barneys, Neiman Marcus, and JC Penney among them.

Women’s Wear Daily, a fashion trade publication, reports that Gitman Brothers is closing their shirt manufacturing plant in Ashland, Pennsylvania. The company has been operating in Ashland for 88 years and currently employs 90 workers. “It was a very difficult decision to make to close the facility, but we’re not closing the brand,” said Chris Olberding, president of Gitman and Gitman Vintage. The company’s Ashland-based workers will be given the option to relocate to the company’s sister facility in Lafayette, Tennessee. A statement from them on Instagram reads:

Stephen Granovsky, CEO of Luxury Men’s Apparel Group, which owns and operates Hickey Freeman and Samuelsohn’s factories, says he expects to see more factory closures in the future. His quote from the WWD report:

Apparel manufacturing in North America is a high fixed-overhead, low-margin business. It is not easy to scale costs up and down to volume. As a result, with the dramatic drop-off in volume of the past few months, and the continuing sales losses expected through at least the remainder of this year, the very survival of many apparel manufacturers is being challenged.

We are seeing, in the initial stages, that large companies are rationalizing their production and sourcing by closing their weakest links, their factories. Without further government support as well as real innovation from the industry, we are going to see more closings and more job losses. At Luxury Men’s Apparel Group, we’ve pivoted our businesses in Montreal and Rochester very aggressively over the past year to produce new categories of apparel to supplement our clothing business including uniforms for the U.S. Army and surgical gowns for the Canadian government. As a result, not only are we not cutting jobs, we are hiring quite aggressively. Next up for us is the entry into casual categories of apparel manufacturing. If the government can continue to provide cheaper access to capital, I believe we have a strong future but I don’t know that is true of the industry as a whole.

Back in March, Brooks Brothers converted two of their factories to make facial masks and help with the fight against COVID-19. However, they’ve struggled to get additional funding from government agencies to help expand and operate their manufacturing facilities. So far, the White House has done little more than elevate Brooks Brothers’ efforts through praise from Ivanka Trump on Twitter. “FEMA made clear that they did not want to provide direct financing to Brooks Brothers or other suppliers because they want COVID efforts to be market-driven,” Emily Savage, a founding member of Stop the Spread, wrote in an email. It may be that nobody supports American manufacturing anymore, even in times of crisis.