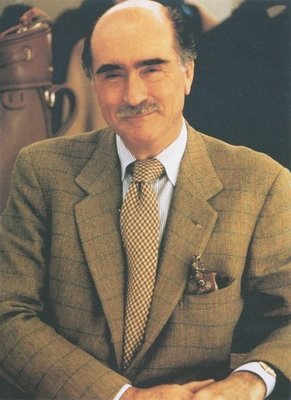 I wanted to buy a suit in the style of Cary Grant in Holiday in Rome – I believe they are called drape cut.  Does anyone still cut suits in this style or am I limited to thrift stores?

We asked Will Boehlke of A Suitable Wardrobe to field this one – he’s the man when it comes to tailored clothing.  So much so, in fact, that we invited him to speak at our session at MaxFunCon in 2010.  Of course, our decision was a sound one, as Will is a font of knowledge on the drape cut.

“The drape cut was invented by tailor Frederick Scholte in London before World War II. Perhaps the most successful tailor on Savile Row in the twentieth century, Scholte’s Aha! moment came in the 1930’s when he admired the effect of the tightly belted, very full overcoats of England’s Brigade of Guards officers. Scholte spent several years evolving a system that evoked that look in jackets with extra folds of fabric "draped” over the shoulders. The small vertical folds of cloth seen on the chest next to the armholes in Luciano Barbera’s jacket in the photograph are the descendents of his invention. When combined with other techniques such as lightweight canvas and little or no shoulder padding, drape makes a jacket seem more relaxed.

“I am not familiar enough with ready to wear lines to know whether any offer jackets cut with drape, but it is one of the usual elements of the soft tailoring style at bespoke firms such as London’s Anderson & Sheppard and Mariano Rubinacci of Naples.”