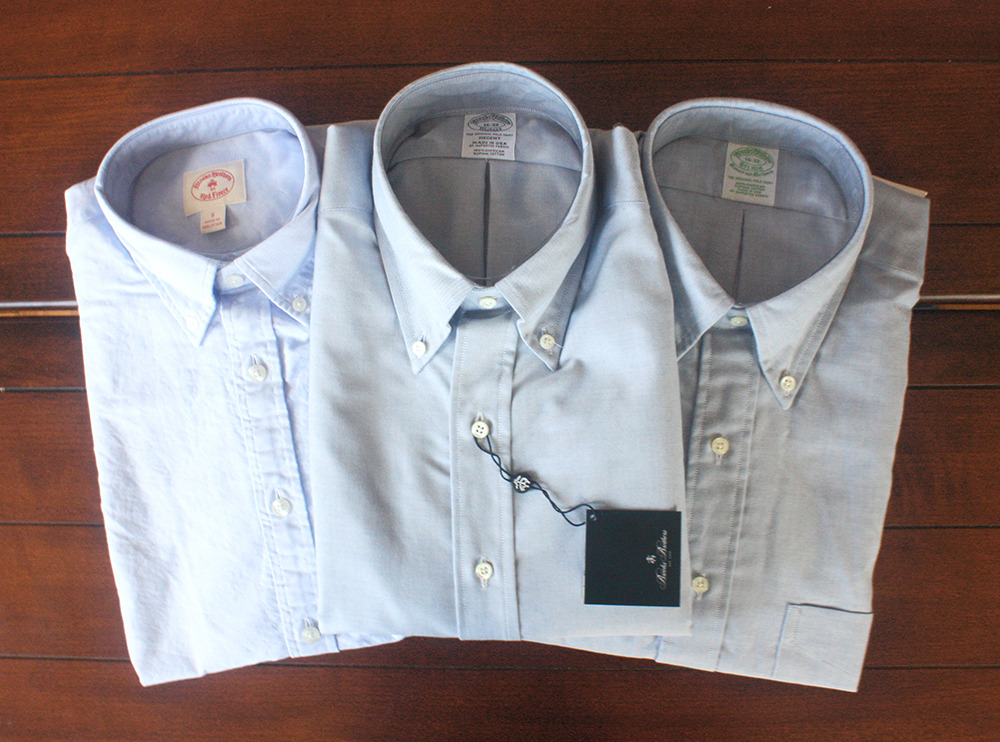 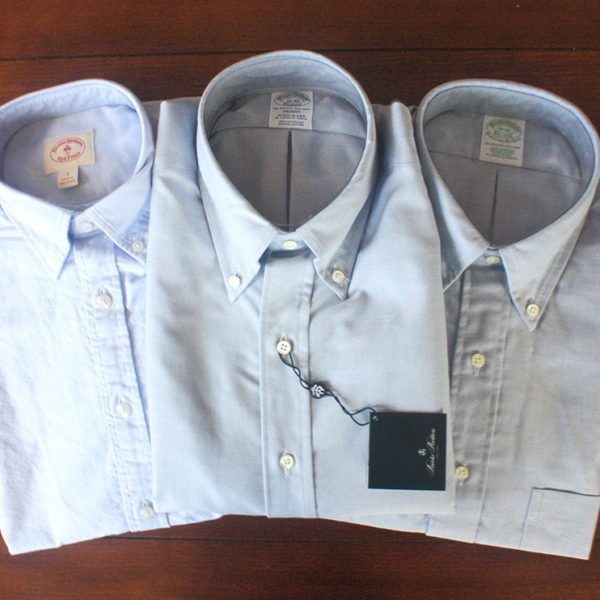 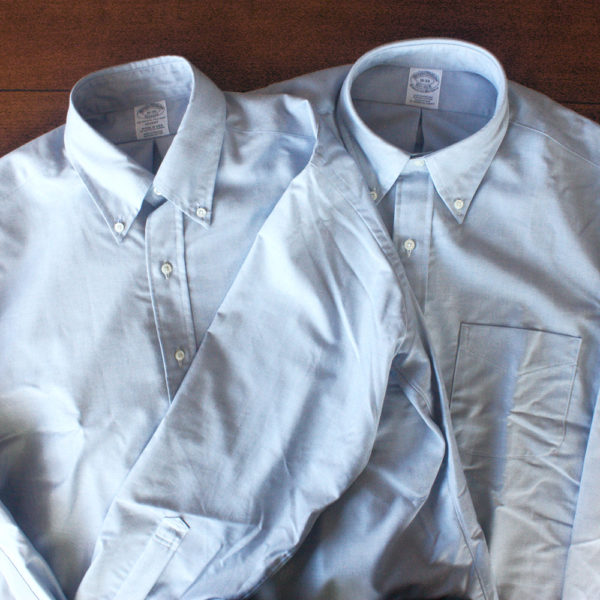 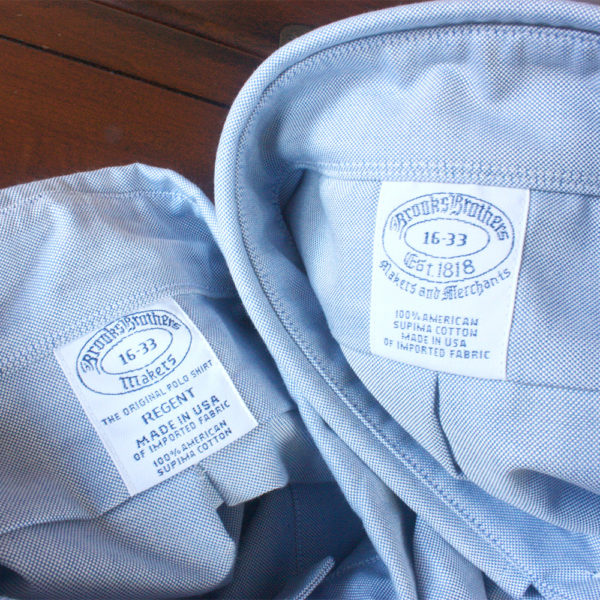 Brooks Brothers announced last month that they’re now returning to their original oxford-cloth button-down collar design – taking out that floating interlining they’ve been stuffing into their collars since the 1990s and going back to their softer, unlined models. It might seem like a small detail, but for many enthusiasts, those lined collars have been a source of a lot of contention. While I agree with Pete and think the old models were still pretty great, unlined collars also have a special place in my heart. A bit more carefree and relaxed, they have a kind of roll that hasn’t been seen on a Brooks shirt in nearly two decades.

Eager to check out the new styles, I ordered a few last week along with the older models for comparison. Here’s how they stack up.

The new Brooks OCBD is definitely a huge improvement, but I’m not sure the market is made better off with the price jump. The old shirts were a great option for men on tighter budgets, especially since they routinely went on sale for ~$50. Sure, Brooks still carries their more affordable Red Fleece model, but that has a stubby collar and doesn’t really work with neckties. The one ray of hope? If Brooks continues to include their OCBDs in their sales, they’ll be available for about $100. Not as cheap as before, but a bit less than $140.