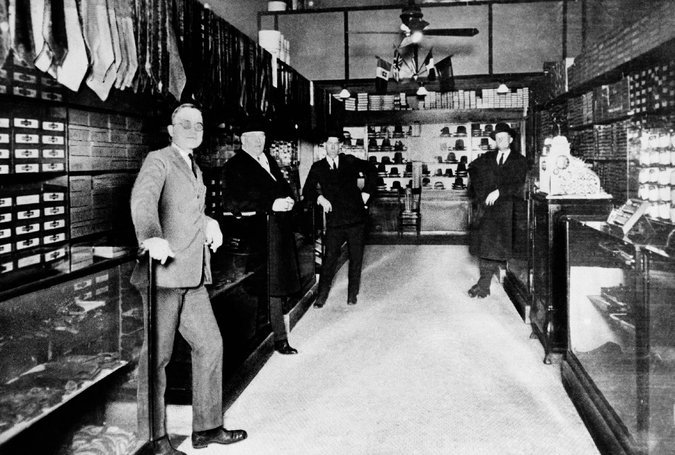 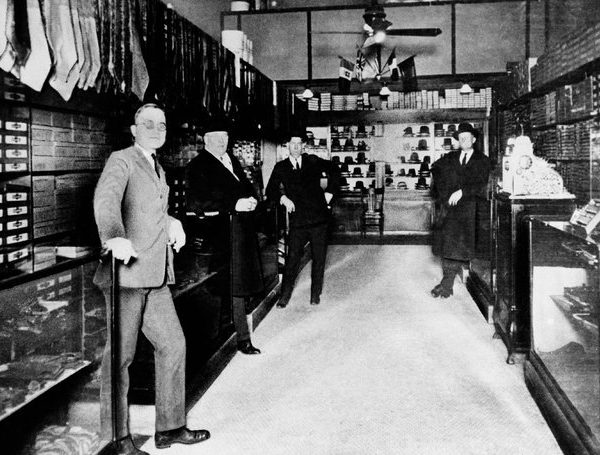 The New York Times has an interesting article about Harry Truman’s first career running a menswear store, as well as how his bankruptcy may have informed his economic policies as President. An excerpt:

At age 35, he formed a partnership with an Army pal and poker buddy, Eddie Jacobson, with whom he had managed a booming wartime canteen at Camp Doniphan, Okla., and who had worked for years in the haberdashery business. Together they established a “gents’ furnishings” store in Kansas City.

Truman & Jacobson, at 12th Street and Baltimore Avenue, across from the famous Muehlebach Hotel, sold shirts, celluloid collars, neckties, gloves, belts, Panama hats, cuff links, tiepins, socks and underwear (some in silk). While pitching Army friends for business, Truman wrote one ex-lieutenant that “we are not handling any booze or candy or apples” but “our shirt line and the rest of it are as good as money can buy.”

Jacobson served as buyer, Truman as accountant. Truman put up a majority of the store’s starting cash, acquired by selling holdings in the family farm. Robert H. Ferrell has written in his life of Truman that “his finances at the time are difficult to know,” and that Truman was later “uncertain” about the exact nature of his holdings in the partnership. In 1920, by Truman’s own later (possibly exaggerated) account, the business earned revenue of as much as $70,000 (about $830,000 today).

At that time, Truman’s command of macroeconomics was severely limited, and the store fell victim to the American postwar bust, which brought vast price deflation and unemployment. National problems were scarcely the full explanation for the store’s problems, but by the spring of 1922, Truman & Jacobson was finished.

The evidence is significant that Truman’s experience of personal financial failure made him more conservative in dealing with the nation’s finances. He could rightfully say he had met a payroll and had felt what individual Americans suffered when presidents and Congress made economic mistakes.