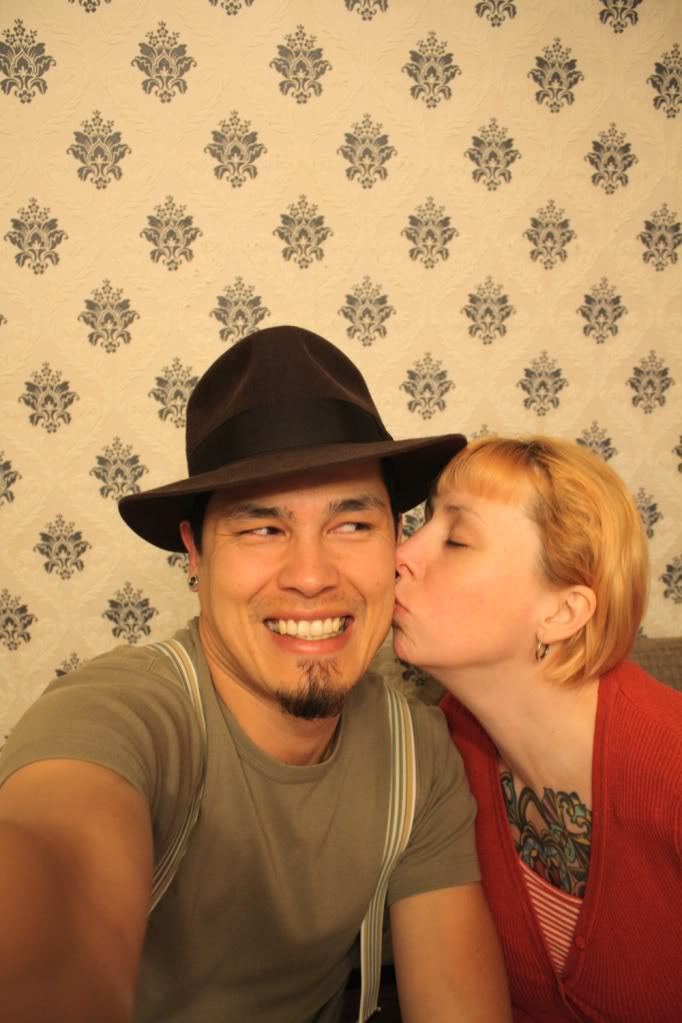 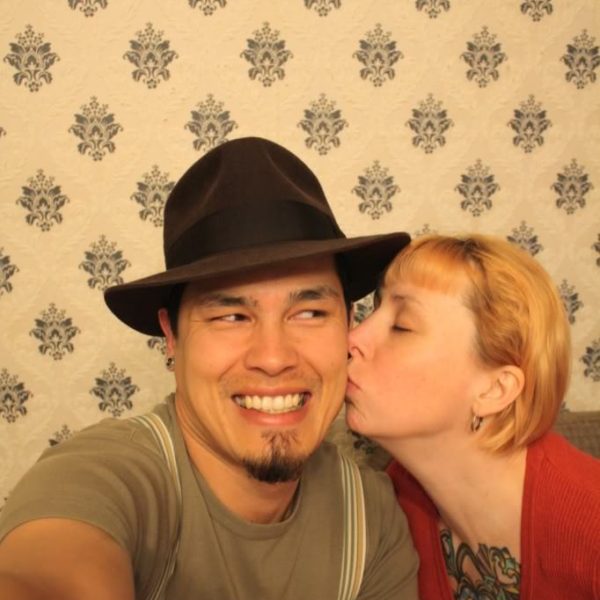 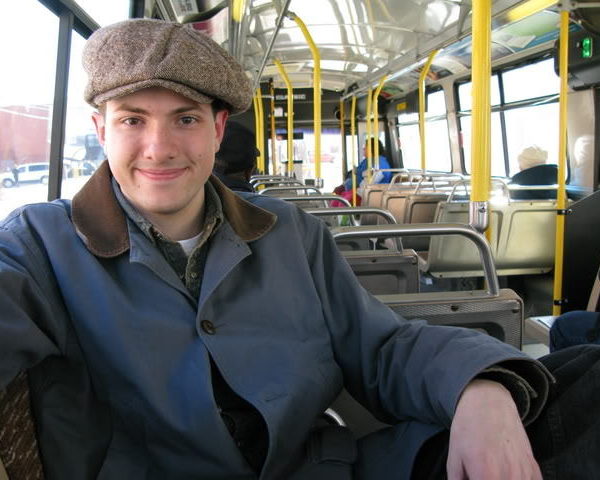 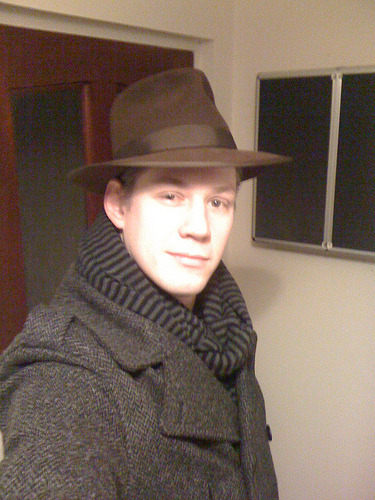 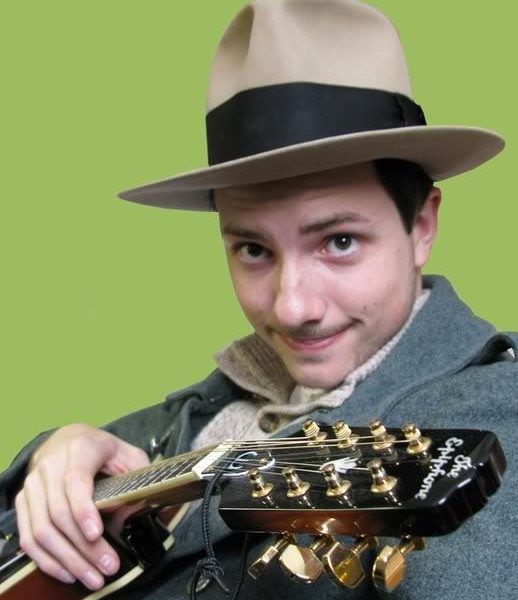 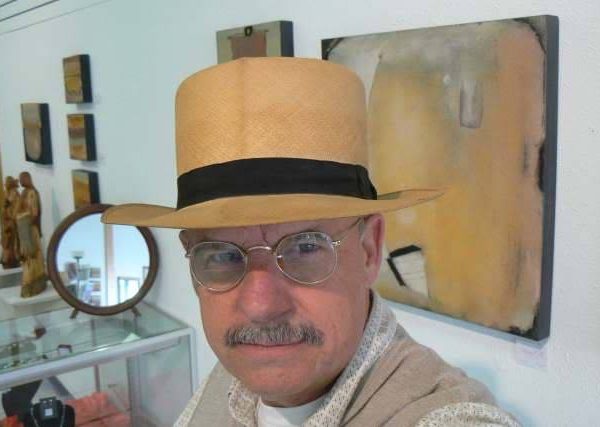 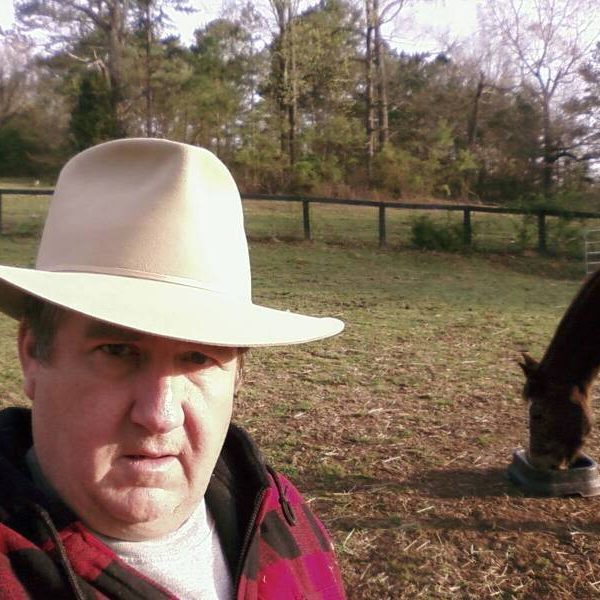 Jacob from Seattle writes: I’ve always been a hat wearing type, but only recently have I decided to make an effort to not dress like a 16 year old (up to this point, it’s been pretty much beanies and baseball caps). I work in an office that lets me wear whatever I want, but some upcoming business trips prompted me to buy some more adult clothes. With this, I’d like at least one somewhat classy men’s hat.

I’m looking for something that will look good with a basic slacks/button up/tie. In other words, something nice but not crazy opulent. Is there something you can suggest?

I see a lot of nice hats being worn by douchebags these days. I would like to wear a spiffy hat, but would hate to be confused with a douchebag. Is is possible for a young-ish man (I’m 27) to wear a fedora without looking like a douchebag?

The answer to your question is that it is certainly possible to wear a nice hat without looking like a douchebag, even if you’re a young man.  A bigger question, though, is whether you are able to, and whether you should.  That’s a bit murkier.

The fedora (and it’s cousins the trilby, homburg, bowler &etc) is second only to the black duster in the heirarchy of Megadork Garments.  Rare is the Dungeons & Dragons game without one player wearing a fedora he thinks makes him look like Indiana Jones.  The sad fact is that these megadorks have tainted the hat for everyone else.  If you want to wear a hat, you have to: A) have a great reason or B) look really awesome.

I figured I’d find some shots of guys looking great in their hats, and so I headed over to the “What Hat Are You Wearing Now?” thread on The Fedora Lounge, the internet’s home for hat enthusiasts.  Frankly, what I found was disheartening.  Some of the hats looked bad in and of themselves, but the bigger problem was the dudes wearing them.  A profusion of bolo ties, acid-washed jeans, fat-guy goatees and other aesthetic nightmares made it hard to see most of the hats as anything other than Superdork Garb. There were even relatively few of what I had assumed I’d see: Costumey Hats, which in my book are one small step above Superdork Hats.

After looking at a few dozen pages of the thread, I gave up, and decided to post the five pictures above, all of which are at least a solid B.

Here are some points to remember when wearing a hat:

I’m a big hat booster – I’ve always loved them, and now that my hair’s starting to thin, they’ve become quite functionally important as well – but they’re a difficult thing to pull off.  They take guts and panache to wear well, and they also require a man who can inspire trust in his audience.  Or just a man who’s super, super handsome.

Filed Under: Hats, Q and Answer