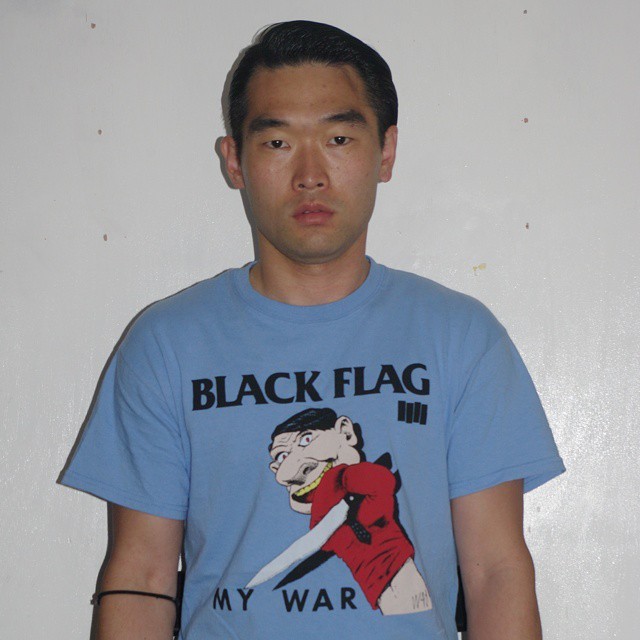 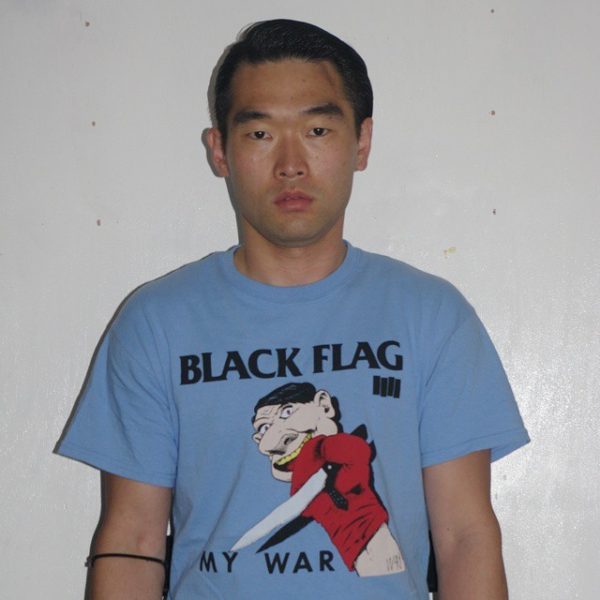 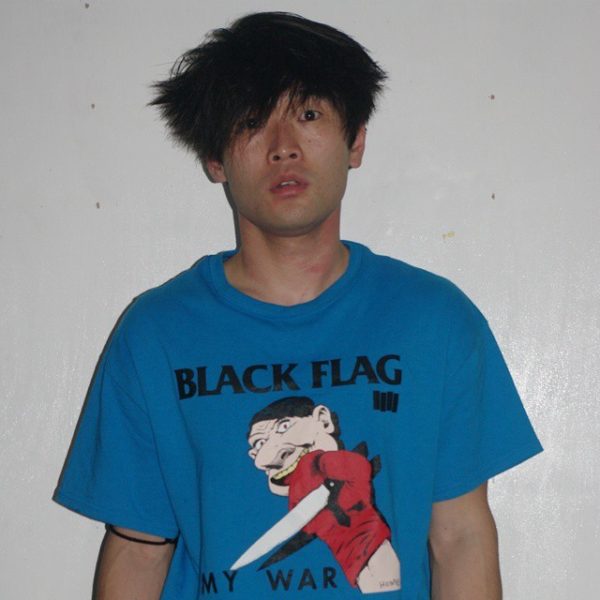 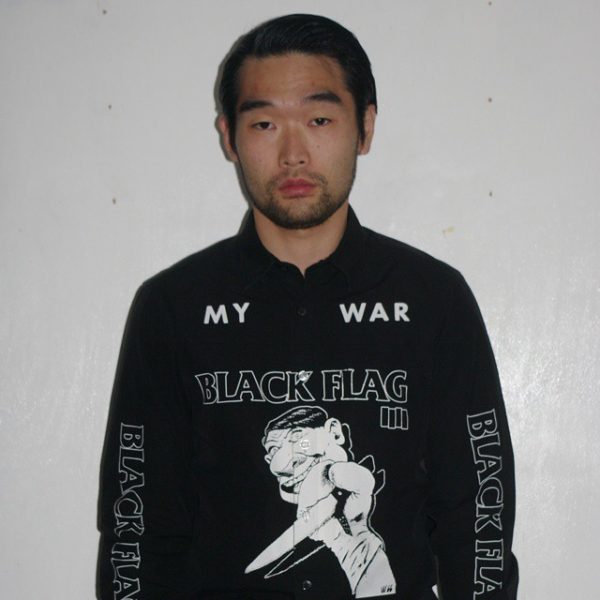 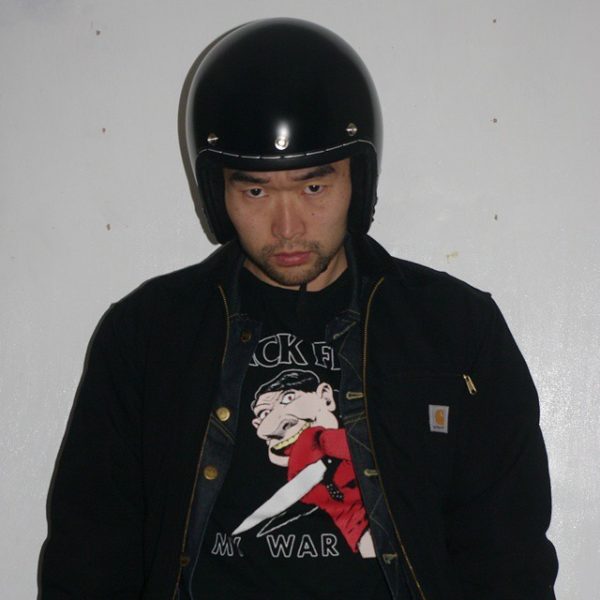 Some people argue that Black Flag peaked before they ever released a full length album, that the raw energy of their early EPs best captured the virtuosic, anarchic spirit of the band before Henry Rollins’ strong personality arguably pushed them in a darker direction. Still others would say it was all downhill after 1981′s Damaged. Yuichiro Tamaki is not one of those people. He’s worn a shirt emblazoned with the cover art for Black Flag’s half-sludge-jazz-metal 1984 album My War every day for 4 months. A lot of guys wear a band tshirts. A lot of guys wear Black Flag tshirts. Not a lot of guys wear only Raymond Pettibon demonic handpuppet Black Flag shirts. Not just tshirts either. He owns at least one black button front shirt with a full screen print.

Thinking about a similar project: screenprint every shirt I own with an album cover that’s divisive even to a group’s fanbase. Right now between Steely Dan’s Countdown to Ecstasy.or Jay-Z/Linkin Park’s Collision Course.