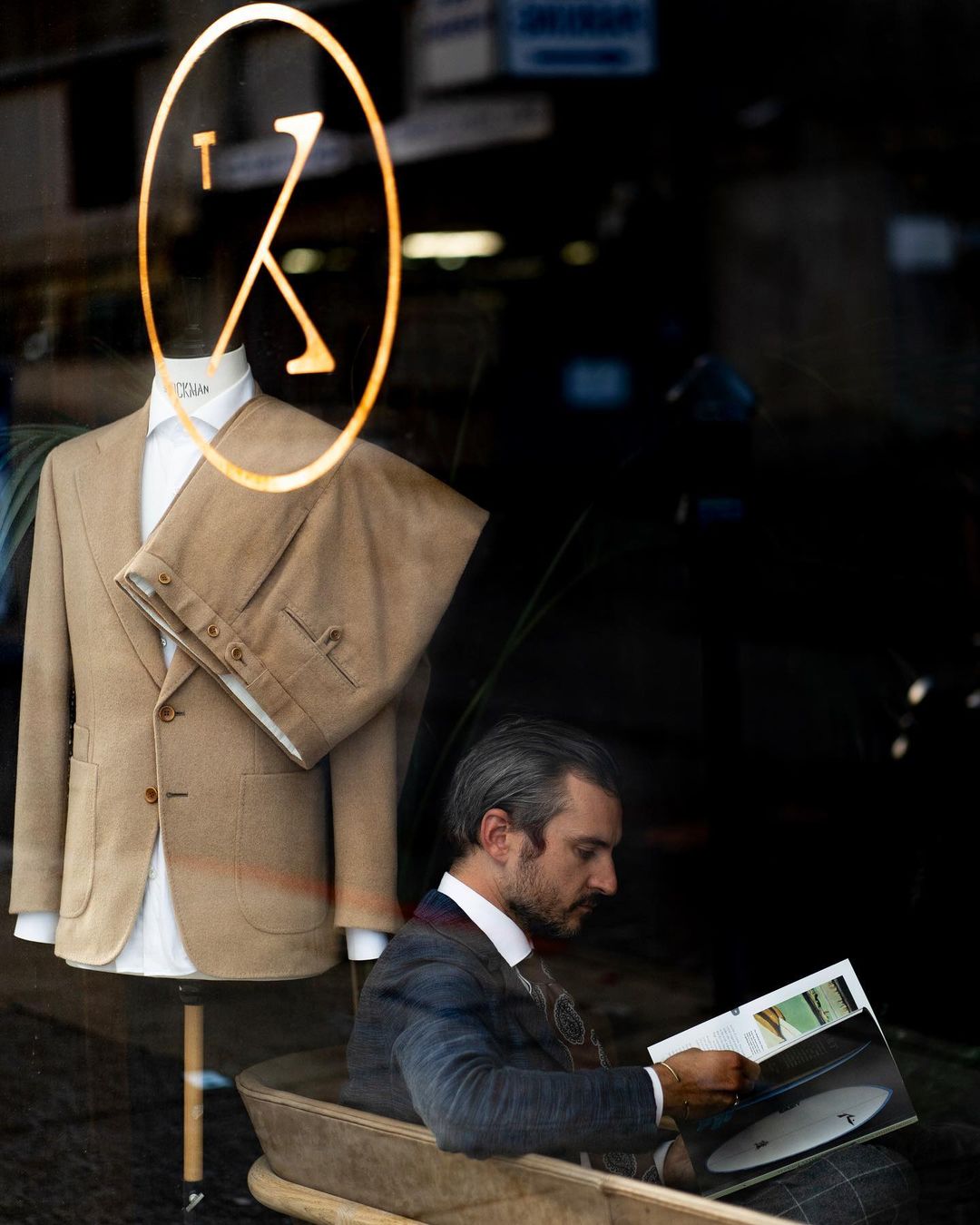 Earlier this year, my friend Peter Zottolo became the editor of the US edition of Plaza Uomo. He asked me to contribute an article. Since the inaugural issue is focused on California, I wrote about my favorite tailoring shop in San Francisco, Tailors’ Keep. This article was written in January. At the time, San Francisco still felt like a ghost town, vaccines hadn’t been distributed yet, and it wasn’t clear whether small businesses would survive. I interviewed Tailor’s Keep founder Ryan Devens about how he’s been able to make it to this point, particularly as a custom tailoring shop located in one of the most expensive real estate regions in the country. (I’m happy to say, Tailors’ Keeps’ appointment books today are full, as the city has mostly reopened.) Below is an excerpt of the article I wrote for Plaza Uomo, along with a link to the site if you want to read more. Digital access to the issue costs three euros.

Columbus Avenue is one of the main thoroughfares in San Francisco. It cuts diagonally across the city, through the teeming North Beach and Chinatown districts, past crowded bars and restaurant zones, and ends somewhere near Fisherman’s Wharf. In normal times, this street is filled with residents, tourists, delivery drivers, and the usual noise of urban life. But on March 22nd of last year, when filmmaker Dan Denegre piloted his Mavic 3 drone over San Francisco, the city was eerily empty and quiet. Columbus Avenue was deserted, and the nearby Union Square, normally the heart of downtown, was similarly barren. Over at the historic Haight-Ashbury area, someone spray-painted a hopeful message across a boarded-up store window: “WE WILL GET BY; WE WILL SURVIVE.” The only signs of life in the city were the birds sweeping overhead.

Tailor’s Keep is one of the small shops near the beginning of Columbus Avenue. It’s located just across from the famous Transamerica building, sitting on the border of North Beach and the Financial District. A week before Denegre shot his dystopian footage, Tailor’s Keep founder Ryan Devens and his team were huddled in this tiny shop for a pep talk. That day, seven Bay Area counties were the first in the United States to issue “shelter in place” orders, directing all 7 million residents to stay inside their homes. “We sat in a circle and said, ‘The mayor says it’ll only be three weeks. Let’s hope that’s right; let’s hope that’s true.'” Secretly, Devens worried about his cash reserves and the future. “It turned out to be a lot longer than three weeks,” he said.

Devens is a gregarious, 33-year-old entrepreneur who defies stereotypes. Before getting some trousers made here, I thought good tailoring was only done by gruff, older people who were comically cold and inflexible, like a menswear version of Anna Wintour or Seinfeld’s Soup Nazi. Devens, by contrast, has a warm and earnest personality. His shop is tidy and clean with quaint furnishings, rather than being dusty and cluttered. A large leather couch sits across from a small coffee table holding swatch books; brass-and-wood shelves are nearby displaying bottles of whiskey. The fitting room is upstairs, where Ryan also keeps his bike. The place feels friendly, young, and inviting — which is exactly the sort of environment that would have turned me away five years ago for no other reason than snobbery. 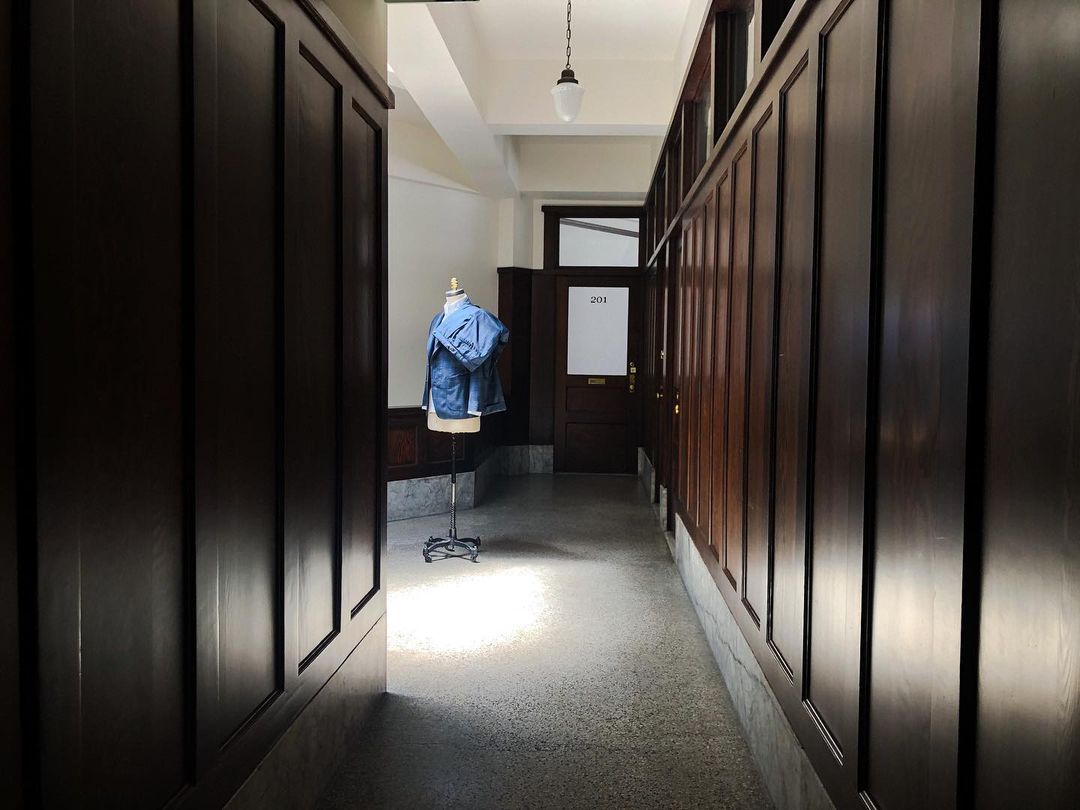 When Devans landed in San Francisco in 2012, he had just finished graduate school in Nashville, Tennessee, where he earned his Masters in Business Administration. While in school, he worked part-time at J. Crew, Billy Reid, and an alterations tailoring shop. It was at that tailoring shop where he learned the ins-and-outs of fittings — the adjustments that need to be made across the shoulder of a jacket, the balance of a coat, and how to clean up the back of trousers, so they drape cleanly. When he moved to San Francisco, he took this knowledge to spearhead Taylor Stitch’s freshly introduced custom tailoring program. But when the program sputtered and eventually closed, Taylor Stitch gave him the fitting garments and encouraged him to start his own company. So in 2015, he launched Tailor’s Keep with $20,000 from his savings, which he had scraped together over the years from living with four people inside a two-bedroom apartment.

“There was a lot of uncertainty in those first two years,” he says. “There were many moments where I didn’t know if I would still be doing this next month. Often, things seemed impossible, and then something would just come together at the last minute. So, I’m no stranger to the ups and downs that come with owning a small business. When the pandemic hit, I think my feeling was not so much panic, but disbelief. In the beginning, we had to reschedule all of our appointments with customers — and then reschedule and reschedule again, as the lockdown dragged on. When you’re going through a few months without income, and you’re still paying employees, you quickly find yourself in trouble. When we missed the first round of PPP money, I started to wonder what my future would look like.”

As it happened, many clothing companies filed for bankruptcy last year. In early May, J. Crew was the first major US retailer to fall when they filed for Chapter 11 protection at a federal bankruptcy court. After that, other corporate giants toppled like dominos — Neiman Marcus, Brooks Brothers, J.C Penney, Men’s Wearhouse, Aldos, and John Varvatos among them. These bankruptcies sent shockwaves throughout the global supply chain, affecting suppliers such as Vanners Silk Weavers in Macclesfield, England (who also recently filed for administration). The Gap and H&M, two mainstays in high-street retailing, announced plans to shutter hundreds of stores this coming year. And for every one of these headlines about big industry names, countless small businesses don’t get nearly enough attention. The Partnership for New York City, an influential business group, estimates that about a third of the city’s 240,000 small businesses “may not make it to see the post-vaccine promised land.” 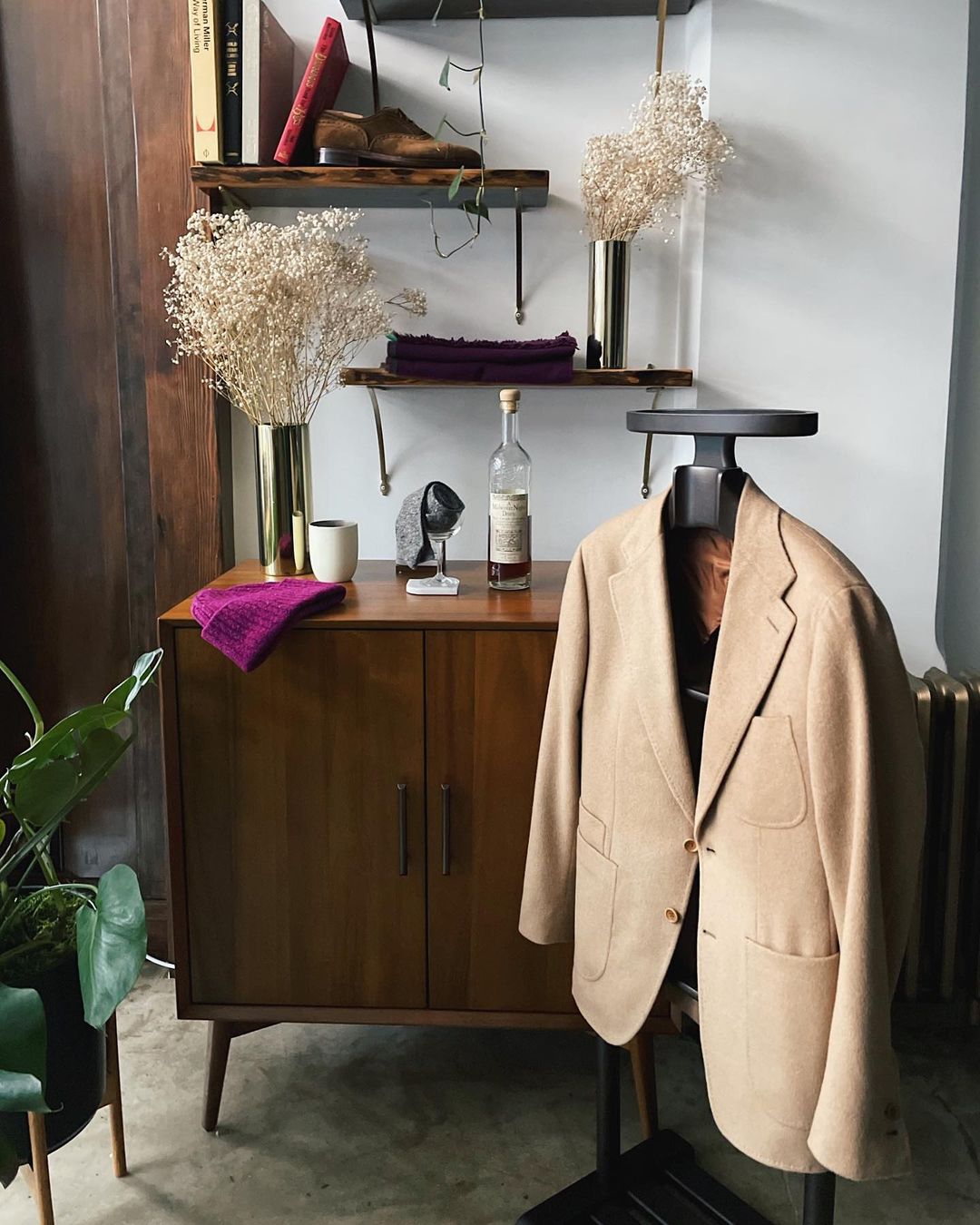 It’s unclear whether some of these companies would have filed for bankruptcy even without the pandemic. For years, J. Crew was saddled with nearly $2 billion in debt. Brooks Brothers has been entangled in a complex network of long-term real estate leases. In the last five years, many clothing retailers have been squeezed by soaring rents, declining sales, and the casualization of office dress codes (it’s little surprise that many of the companies that filed for bankruptcy last year specialized in men’s tailoring). But one of the great tragedies of this economic downturn is that it’s threatening to take out many businesses that were previously flourishing. They still have customers who want them to continue; their employees still want to work. Yet, their survival requires a bit of guerrilla know-how and a lot of luck.

Even in the face of a declining market for tailored clothes, Tailor’s Keep has experienced substantial growth in the last five years, mainly due to a brisk made-to-measure business. They produce suits for businesspeople, clothing enthusiasts, and anyone who just needs something special for an event. In 2019, they had their best year ever, booking as many as eight appointments per day, with each appointment taking up to an hour and a half. Their calendar was often so full, customers had a difficult time finding open appointment slots. So towards the end of 2019, Devens signed a new lease with his landlord to expand into the space next door, which he hoped to use as overflow.

Then the pandemic hit.

Read the rest at Plaza Uomo.