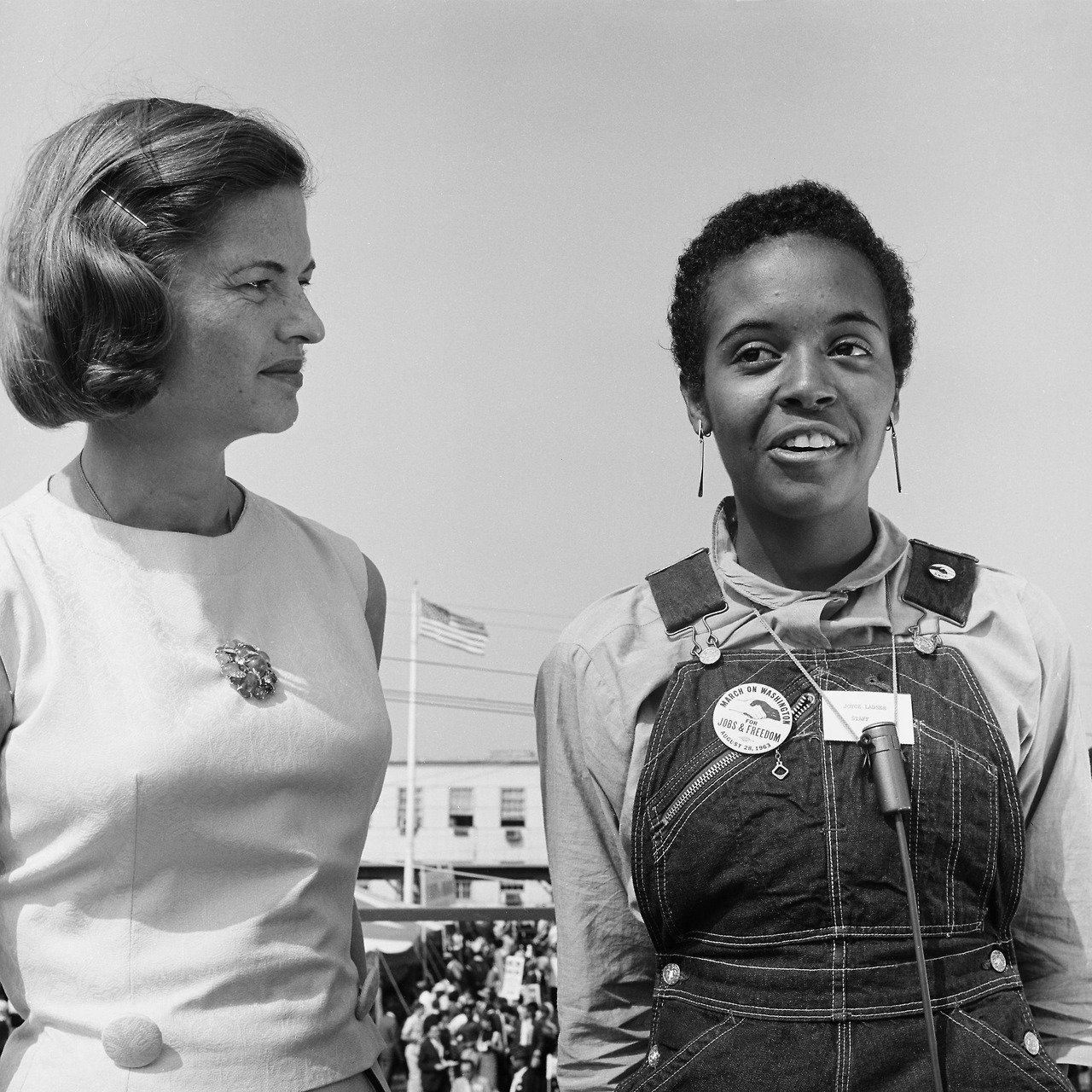 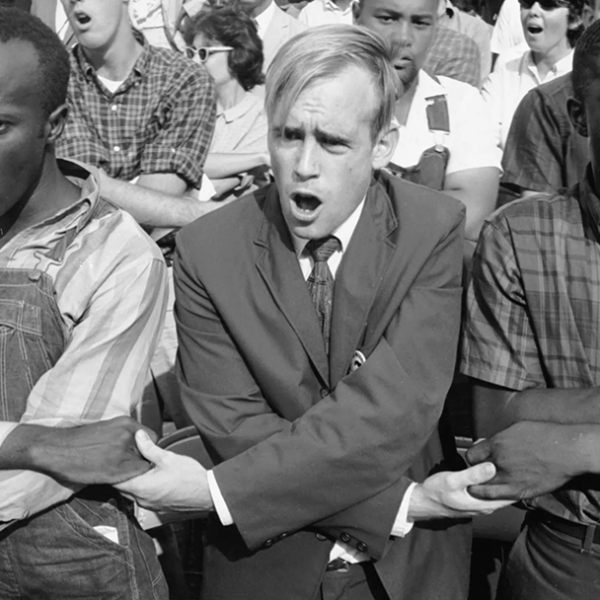 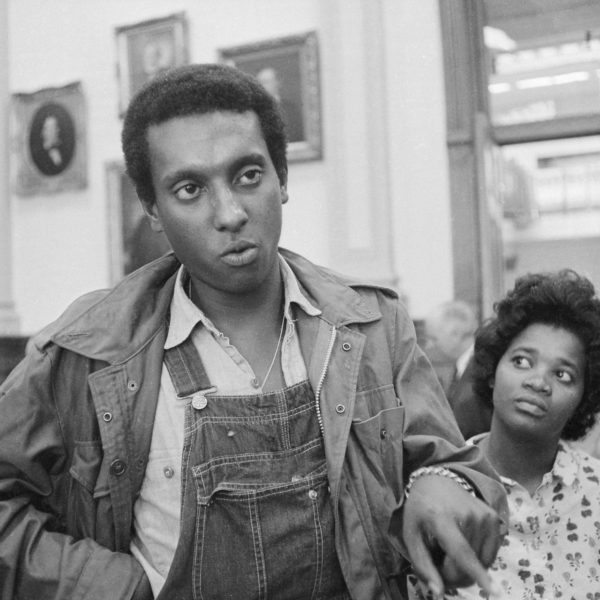 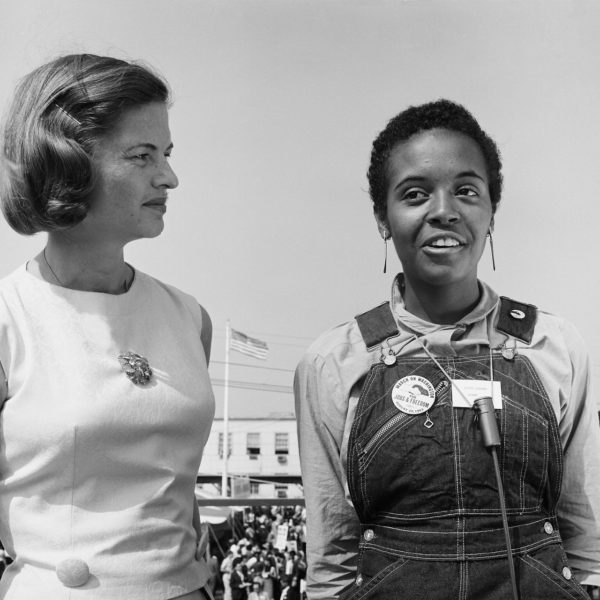 Racked had a great article yesterday on how the fight for civil rights helped popularize denim. Most of us think of denim as a working class fabric, a symbol of the American West, as it was worn by miners and cowboys. The fabric, however, wasn’t accepted in fashion until well into the post-war period – long after miners left California’s hills.

What really popularized denim were the political and cultural fights of the 1960s and ‘70s, ones pushed by civil rights activists, feminists, and anti-war organizers. Those movements, coupled with Hollywood films such as Rebel Without a Cause, made it possible to wear denim off a work site. An except from the Racked piece:

“There were some African Americans who felt that to wear jeans was disrespectful to yourself,” says James Sullivan, author of Jeans: A Cultural History of an American Icon. “For many African Americans, denim workwear represented a painful reminder of the old sharecropper system. James Brown, for one, refused to wear jeans, and for years forbade his band members from wearing them.” Sullivan points out that if you look at pictures of the sons and daughters of the sharecropper generations of the early 20th century who moved north to get away from the fields, you’ll notice that they wore suits, ties, and hats to their factory jobs, partly to create that distance.

Although some protestors knew their white neighbors would chafe against seeing them walk the streets in sharecropper clothes — and used that to their advantage — the strategy wasn’t promoted by all Freedom Fighters. Respectability politics was still a popular tactic for gaining support. In 1965, before gearing up to drive down to three hard-core segregationist states in the Deep South to register people to vote, a NAACP representative went to the front of the room during a secret civil rights meeting in New York City, and flatly declared, “We don’t want any girls in blue jeans. We don’t want any boys in beards.” They wanted people’s hair pressed and collars crisp, knowing how quickly the evening news would misrepresent them if they came in anything less than their Sunday best.

But the responsibility to always look respectable wasn’t just a strategy move, but a burden forced on activists in order to keep white supremacists away from their front doorsteps. As Dr. Tanisha C. Ford explains in her essay “SNCC Women, Denim, and the Politics of Dress,” white supremacists would specifically attack the moral character of black women as a reason to keep their neighborhoods separate and their voting boxes white. Black women had to go above and beyond to prove their respectability in order to protect their characters, and the men and children in their communities. By looking like the type of woman who could bake a bundt cake in a French twist, black women were able to show their Christian propriety and manners, contrasting themselves against the racist stereotypes their white neighbors tried to pin on them. Jeans were not an option.

But as more and more groups headed south for registration projects, more volunteers started to trade in their bobby socks for bootcuts.

It wasn’t just for comfort and durability. To register to vote as a black person was to risk losing your job, or worse, your life by inviting the Klu Klux Klan to your backyard. The fear was evident in the statistics — in Mississippi, fewer than 7 percent of the eligible black population was on the voters list, and in many rural Southern counties there were none at all. And here were these student groups like the Student Nonviolent Coordinating Committee trying to convince black farmers to risk everything, handing them a clipboard while wearing penny loafers. It created a class divide, and blue jeans were not only the language that would bridge the gap between them, but their show of solidarity.

Even more than that, by putting on the working man’s uniform, revolutionaries showed they didn’t have to dress in a way their white peers deemed “acceptable” in order to gain the rights that were theirs to begin with. Even if activists showed up in banker’s pinstripes, that wouldn’t convert segregationists into allies. “No matter what the whites’ sense of justice tells them needs to be done for Negroes, are they going to let themselves to be bulldozed into doing it?” asked the Missouri Springfield Leader and Press in 1967. Whites refused to be “pushed” toward equality. The movement’s clothes weren’t the issue, and having their appearance policed was just another way of being controlled.

You can read the Racked article here.