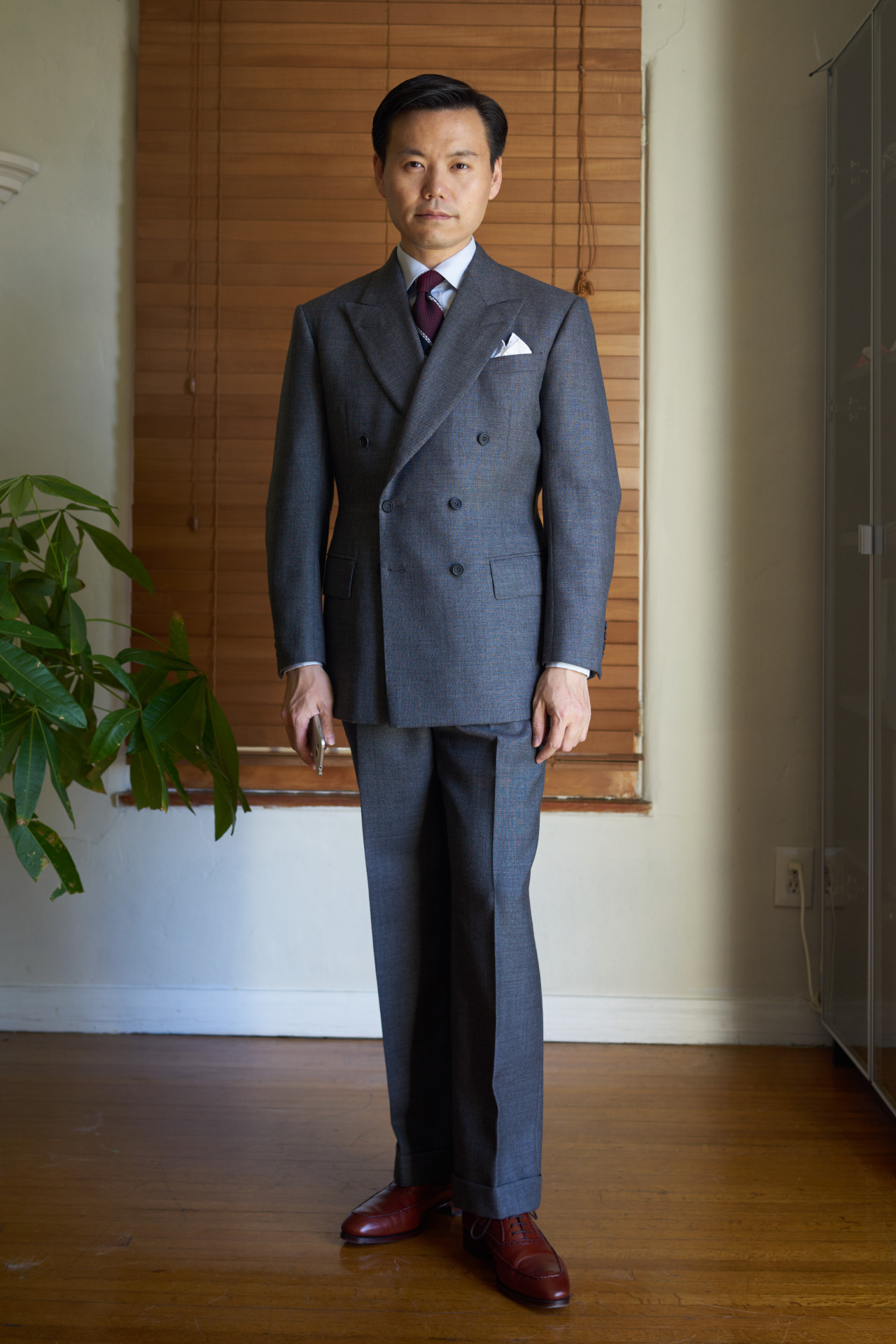 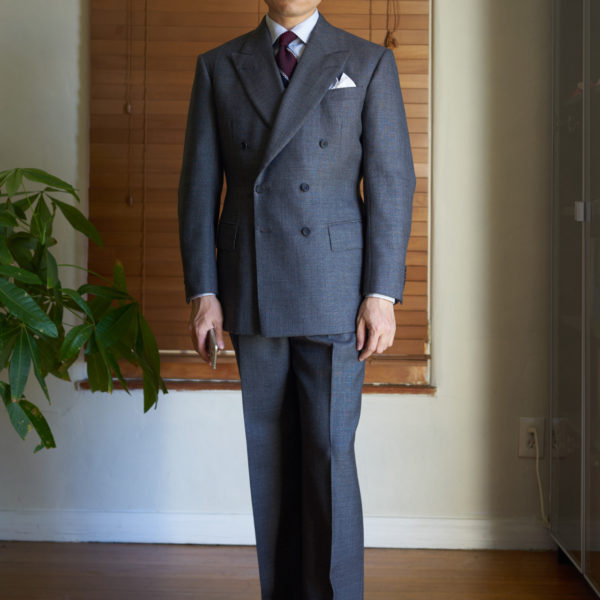 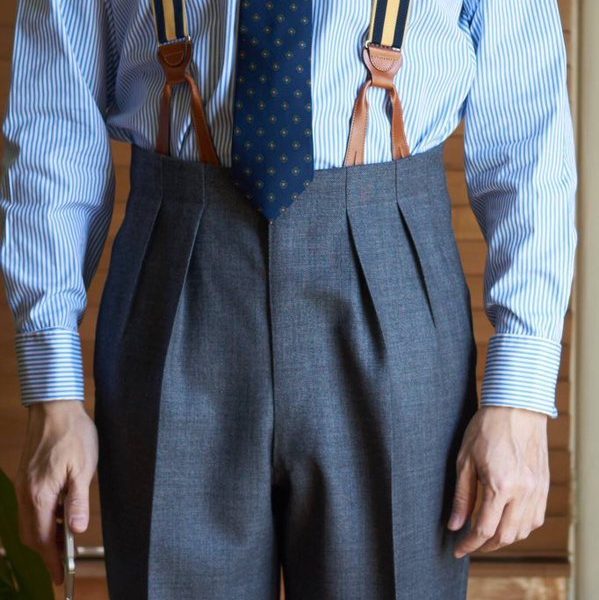 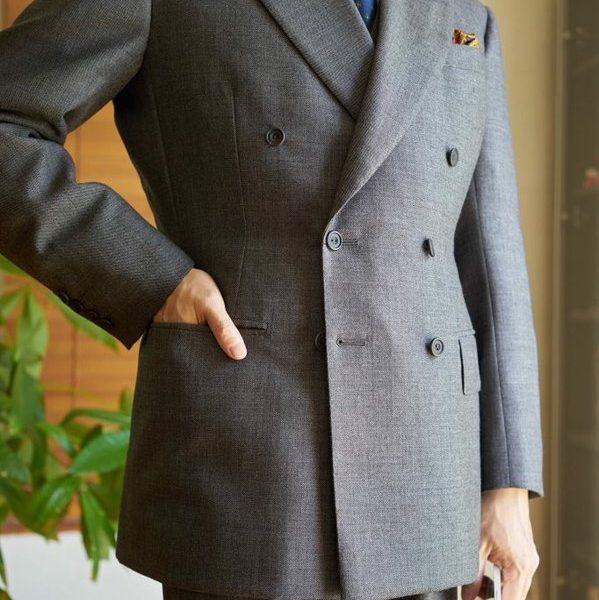 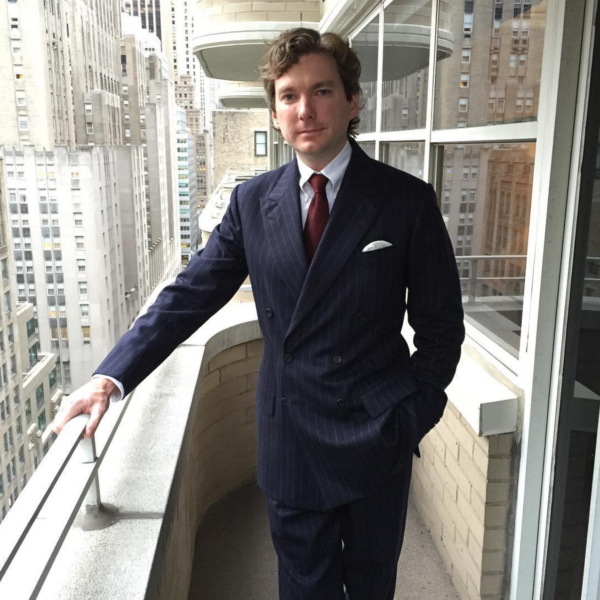 Still, every time I see a DB suit from Steed Bespoke Tailors, like the ones you see here, I’m tempted to order one in a brown glen plaid or solid grey flannel. “I’ll find occasions to wear it,” I say to myself.

Cutting a DB is tricky. Edwin DeBoise, the co-founder and cutter behind Steed, tells me that a lot has to do with the extra material. “Compared to a single breasted, we’ll generally put 2.5″ on each side at the front, so you get a total of 5″ for that wraparound,” says Edwin. “If it’s a slim guy, however, we might narrow that down to 2.25″, or 4.5″ total.”

That extra cloth is heavy, so if the tailor isn’t careful, it can drag the front of the coat down, distorting the balance. To adjust for this, Steed puts a bit more length at the back (what tailors call adding “back balance”), so that when the jacket is worn, the hem falls evenly from front to back when the jacket is viewed from the side. And, depending on how the client likes to wear his jackets, sometimes they’ll also cut their DBs a half-inch shorter than their SBs. “I used to do that more often when I worked at Anderson & Sheppard,” Edwin says. “The default at Steed is to have single- and double-breasteds be the same length, but shortening the jacket a hair can also help visually lighten it, which is nice if the client finds the front to look a bit heavy.”

The complicated bit comes at the neck point, which is the part of the jacket where the shoulders and back meet, just under the collar. Since there’s so much extra cloth at the front, the jacket risks riding up on the shoulders, throwing the wraparound too far to the sides (like a dressing gown). So to account for this, the neck point has to be advanced forward at least an inch – something tailors call “straightening a coat.”

“It’s counter-intuitive,” says Edwin, “but when you advance the neck point, you’re moving the jacket backwards and getting it off the neck. And when you do that, you also have to take some material off the sides. When the neck point moves forward, it moves the break line of the lapel forward, which makes the chest area wider. So you have to clear a bit off the front sides, shoulders, and side seams to make everything look proportional.”

When everything is done right, you get these beautiful fitting garments, like you see above – perfectly balanced from front to back, with the wraparound being where it should be. For Steed, their DBs are also built with a softer shoulder and slightly bigger chest than you might find elsewhere, giving the wearer the illusion of a more athletic figure (note the V-shaped silhouettes you see above, which look slightly softer and more rounded than this angled Huntsman).

Many thanks to Edwin for taking the time to chat with us! For those interested, Steed travels through the US three times a year, stopping at seven major cities. They offer both bespoke and made-to-measure, and their next tour starts February 10th (first stop is Chicago). You can check them out at their new website.