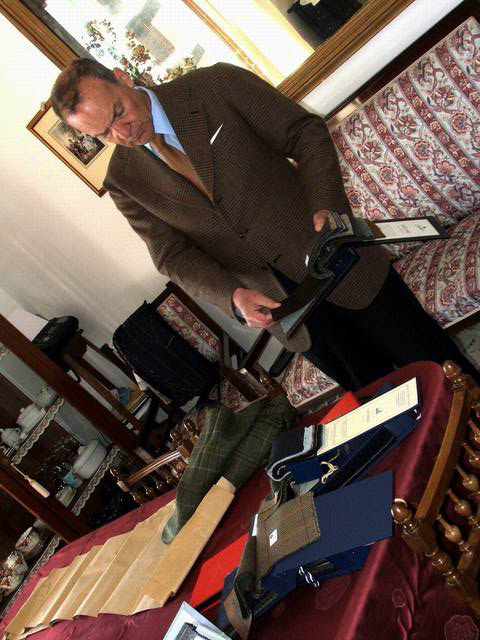 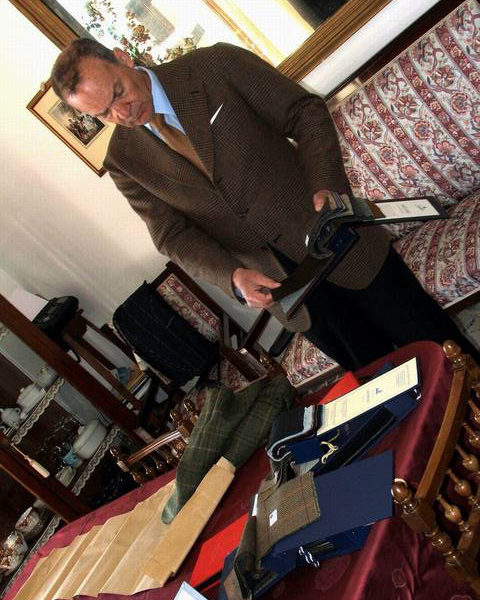 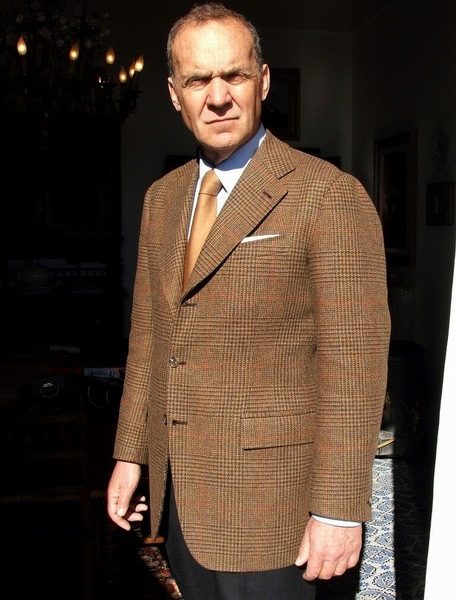 M. Anton, author of The Suit, recently wrote an interesting post at StyleForum about how to properly wear a white dress shirt. His argument is that white dress shirts are commonly misused, mostly because people buy into the myth that white works everything.

On the contrary, he writes, white dress shirts are citified, business, “upper class” shirts. They show dirt easily, are hard to clean, and used to be the mark of money. They shouldn’t be worn under tweeds or country clothing. They also shouldn’t be thought of as a “blank canvas” for just any tie. Yellow and purple, for example, look terrible against white, and many colors, such as burgundy, generally look better when paired with light blue.

So what does work with a white dress shirt? Suits in blue or gray, mostly, but in certain contexts, brown can also be used if done masterfully. Ties should be kept to navy, black, grey, silver, or combinations thereof. A dark suit, white shirt, and dark tie make for a nice formal evening look. For the day, if the suit is dark, the tie should be a shade lighter; if the suit is light, the tie should be kept dark. This keeps things in balance and makes things a bit more visually interesting.

The rest of the thread’s discussion goes into a level of intricacy I won’t bother reposting here. However, I will say that while I initially read the argument with some skepticism, I became somewhat convinced after flipping through a number of images and illustrations of well dressed men from about the 1930s to present. I struggled to find counter examples, and the few I did find were actually already given exceptions in Anton’s original posts.

For example, a navy jacket with grey trousers, white shirt, and repp stripe tie is an unassailable Old Money look. Even if it’s a bit boring, one can hardly call it incorrect. White shirts also work well under blue seersucker or certain shades of blue tweed. This gives a necessary level of contrast between the jacket and the shirt. There are also white oxford cloth button downs and linen shirts, both of which can be worn with a variety of casual ensembles.

Still, without having to catalog every combination where a white shirt does and doesn’t work, I think the lesson is worth stressing: white dress-shirts are perhaps a bit overrated, and 90% of the time, particularly for men who don’t wear suits, a blue shirt – either solid or striped – is likely to be the optimal choice. When using white, one should consider the texture of the shirt, the contrast it lends, and whether it simply looks too formal.

By the way, shown above is the ever-elegant Michael Alden, who happened to be photographed twice one day in the same outfit. Due to the lighting, one of the photos makes him look like he’s wearing a white shirt, even though he’s actually wearing blue. I think the blue looks much more natural under his brown checked tweed, and perhaps this demonstrates Anton’s point.