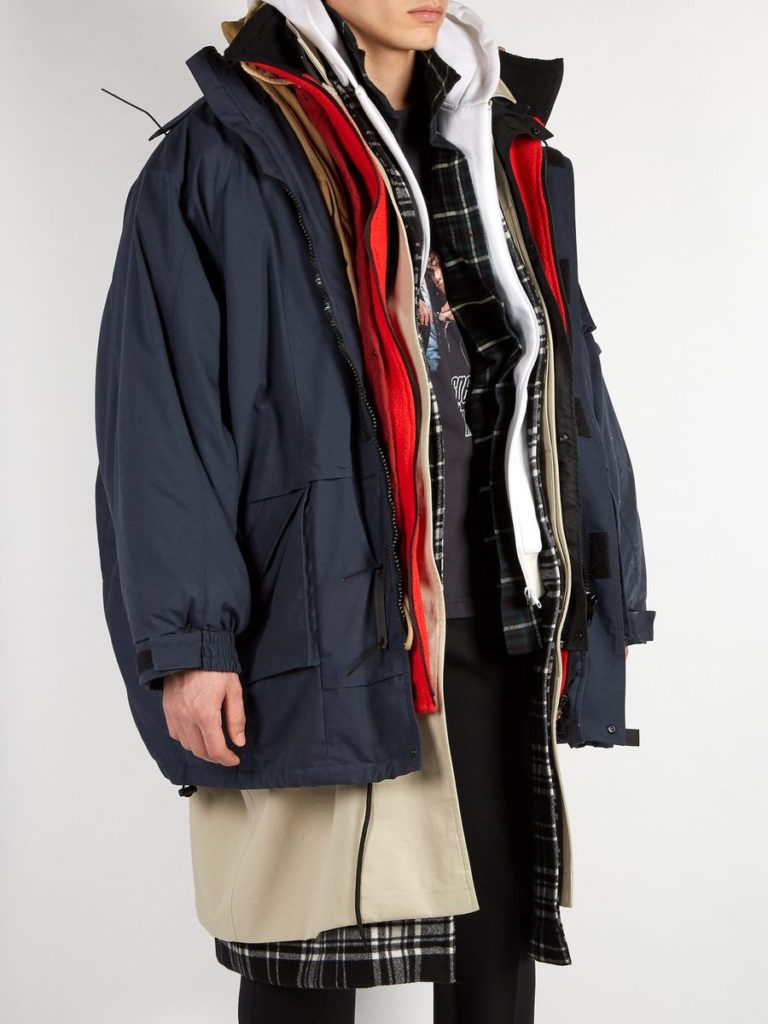 Put This On today is taking the rare step of publishing a completely satirical and anonymous Op-Ed essay. We have done so at the request of the author, a senior editor in the New York Times Style section whose identity is known to us and whose job would be jeopardized by its disclosure. We believe publishing this essay anonymously is the only way to deliver an important perspective to our readers.

The New York Times Style section is facing a challenge unlike any faced by a modern American newspaper.

It’s not just that fanny packs have been successfully rebranded as cross body bags. Or that people are wearing swollen sneakers the size of small hovercrafts. Or even that tiny sunglasses briefly came back (they don’t even cover your eyeballs!).

The dilemma — which Times Style Editor Choire Sicha does not fully grasp — is that many of the senior editors on his own board are working diligently from within to frustrate parts of his agenda and his worst inclinations.

I would know. I am one of them.

To be clear, ours is not the reflexive anti-fashion hatred that animates the classic menswear mob. We want this newspaper to succeed and think that many of its articles have already made America better dressed and better able to find new words to describe the color beige.

But to walk through the turnstiles at Eighth Avenue is to feel the solemn silence and unshakable confusion that comes with not knowing if people around you are normcore or extremely fashionable. Is that person wearing an oversized, grape-colored puffer jacket Rihanna or your aunt Judy?

This is why we’ve been steadily working, quietly, to preserve the best of what this section stands for, and resist this leadership’s darkest impulses. We have watched, in shock, as our leaders have indulged and even recruited a new crop of street style photographers who may have youth on their side, but will literally photograph anyone so they can make the 10:30am cutoff for McDonald’s breakfast menu. Or the writers who breathlessly describe Shia Labouf as dad style because he’s wearing a five-panel cap that says BUSINESS CLASS and ironically walking in Ugg boots.

Our readers can rest assured that there are people on the inside doing their best to resist this pointless generational changeover. A true Times Style columnist does not spend their days concerned with marginal, quick-paced fashion trends, and our spirits sag when we see contributors claim the latest hot weather look is shorts (yea no shit! it’s fucking hot outside!).

The belittling of our institution doesn’t end there. Former Secretary of State Henry Kissinger was once featured as a style icon after he lunched the Four Seasons.

May I ask you where your suit is from?

Where did you get your suit?
I have no idea.

How was lunch?
I think we’ve done enough.

O.K. Thanks so much.

Alright, that was actually cool.

But what our readers must know — what all serious people must know — is that from the inside, we are resisting this dangerous trend in ways big and small. We come in every day and make sure that the vital voices are still heard, and we sometimes use Photoshop’s scale feature to make oversized Balenciaga clothes look normal. There are two boxes in the Times offices — one labeled “track jackets people can pull off” and “track jackets people can’t pull off” — and we often switch their contents.

Senator John McCain put it best in his farewell letter: “stop buying fucking ugly clothes, I told you all already.” We may no longer have Senator McCain, but we will always have his example. For that reason, we will resist.

(this post borrows from a Buzzfeed parody. That’s how low PTO editorial standards have sunk and there’s a quiet resistance here too)