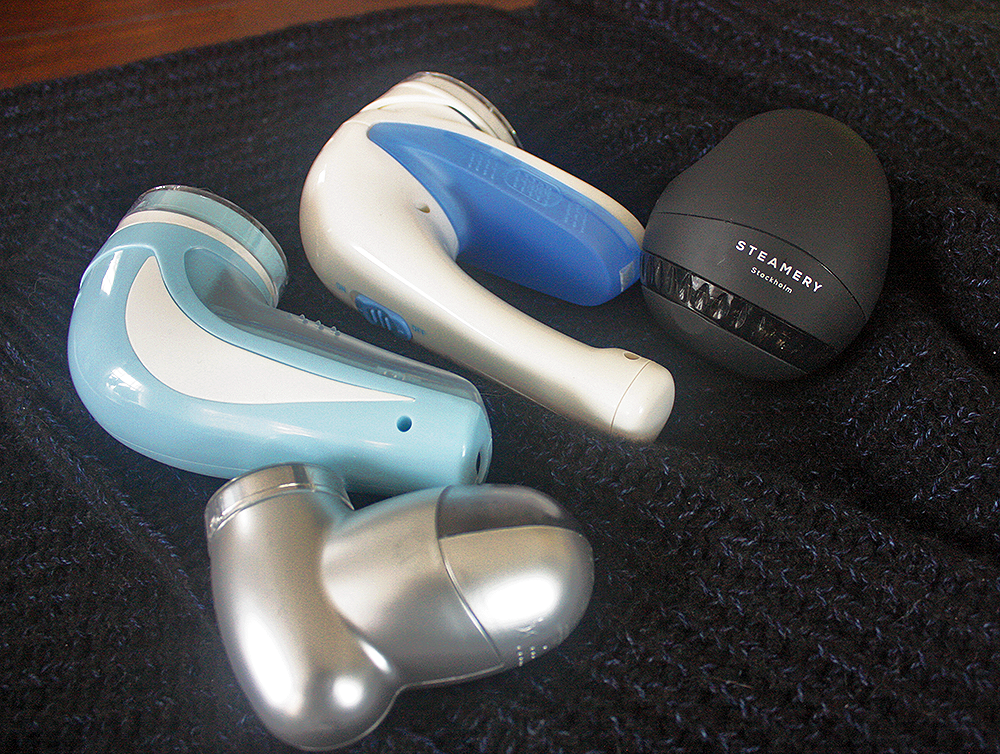 Almost everything nowadays is labeled as a “wardrobe essential” — Melton wool pea coats, Dainite-soled boots, and even tapestry bombers with white piping running down from the shoulders. In reality, very few things are universally good — at least outside of what we call a sincere suit — since people live such different lives nowadays. One of the few exceptions? Sweater shavers.

If you have a sweater, you need a sweater shaver. That’s because all sweaters pill, a term for the fuzzy little balls that appear around areas of high-friction. Sweaters are made from yarns, and those yarns are made from fibers. When the fibers break, they tangle into each other and form something that looks like a mini-tumbleweed. Whether you buy your knits from high-street shops or luxurious boutiques, all sweaters pill eventually — the question is just how soon and by how much. And by safely getting rid of those pills, you can turn back the clock on your favorite knits, making them look like they were just bought yesterday.

For years, we’ve recommended sweater shavers for this. They’re better than sweater stones or combs since they don’t put in new breakages in the yarn. However, with hundreds of options on the market and many online “reviews” looking like paid advertorials, I’ve never been sure on where to direct readers. So, this past week, I spent about $100 on a few shavers, each chosen to represent the best (from what I can tell) at its price point. I tested them this weekend and noted their pros and cons.

You can find hundreds of sellers on eBay for cheaper, more generic sweater shavers. They’re super small and grip like a water pistol. Their compact size makes them a great travel accessory, and they’re about the best value you can get. Assuming you can get the right one.

The problem with these is that they’re not always reliable. In the past, I’ve bought really cheap ones that almost ate up my knitwear (mine aren’t pictured above because they were thrown away years ago for being pieces of junk). The blades are sometimes dull and not terribly well designed, so loose yarns can get sucked into the machine, pulling the yarns out further. Pretty scary, especially if you have a fancy cashmere knit. If you see one of these $5 shavers, skip it. It’s worth getting something better. 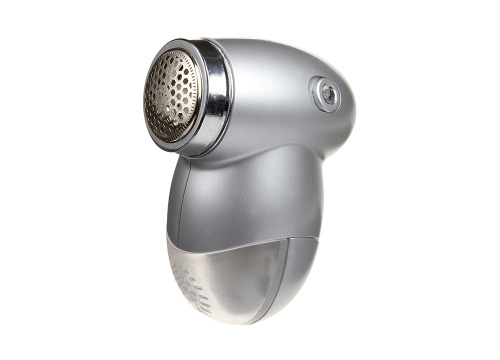 I’ve had this one for years, and if the model was still being made, it would be the one I’d recommend. Unfortunately, the company has seemingly gone under, although you can still find their Defuzzer floating around eBay. Like the generic shavers, this is compact and appreciably simple, running on AA batteries and featuring a transparent lint case. The head is small, so you have to give your sweaters a few passes, but that’s the trade-off with these compact designs. 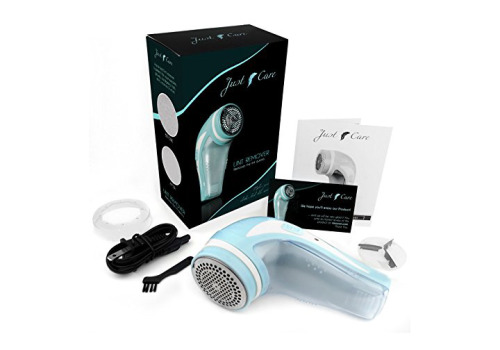 A little larger, Just Care’s shaver fits comfortably in the hand and works on a rechargeable battery. The shaver is simple, with a wider head to sweep down your knits. The downside? I found it had maybe twenty or thirty minutes worth of power before needing to be recharged again. The shaver feels a bit more solid in the hand than Conair’s, but not by much. I also don’t like how you need to keep the power cord somewhere — just one more part to lose. 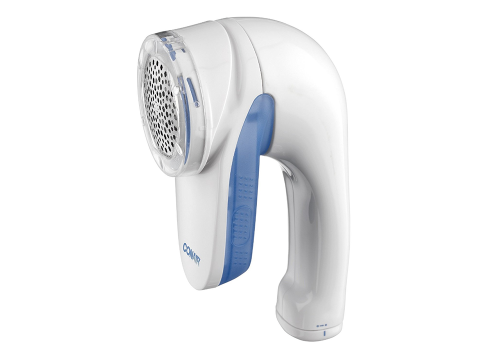 Conair’s is one of the most affordable on this list, yet comes with some whizzes and bangs others lack. For one, I like how it has three adjustable settings at the head, which allows you to set how closely the shaver sits on your knit. I still mostly found I use it on the closest setting — matching the other shavers — but this could be useful if you want to be extra careful. The shaver is also large and easy to handle, with a transparent and removable case to hold the lint (like most on this list). Helps to know when to dump out the shavings, especially if you have a pile of sweaters to work through. My only complaint is the quality of the build. This feels like a cheap, plastic toy for toddlers. 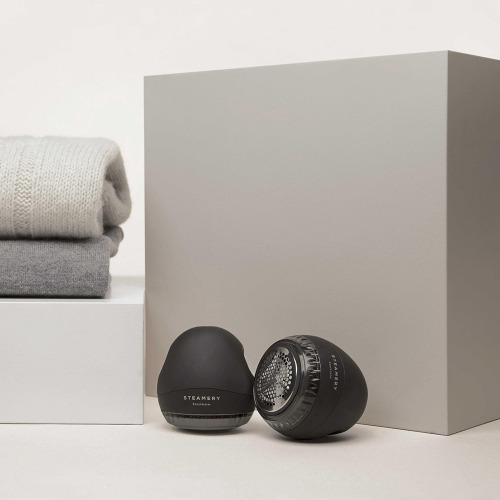 Fancy! Luxury! Design! That’s my impression of Steamery, a Swedish company for garment care products. Their Pilo shaver is carried at Mr. Porter and sells for a notably higher price of $50. So, what do you get? Aesthetics, mainly. Steamery’s Pilo looks like if someone at The Monocle reworked Darth Vader’s helmet, then shrunk it down by a few sizes so you can slip this into your Rimowa suitcase. This not only shaves your sweaters, but also increases your Monocle soft power score and lets you use terms like “global cities” with a straight face.

Unfortunately, I found the design to be more about aesthetics than function. The shaver does its job admirably, although no better than the Conair or Just Care’s models. It loses points, however, because the round body is a little more awkward to hold, the all-black casing makes it difficult to see when shavings need to be dumped out, and the USB-charger, again, seems like one more part you can lose. Still, it’s damn handsome and the build quality feels a lot more solid than the options above.

So, what are my suggestions?

Conair is the best pick for most people. The build quality could be better, but the adjustable head and battery operated system give this an edge over Just Care. You also get a bit more reliability than generic shavers. You can find these at select chain stores, such as Walgreens and Target, or online at Amazon.

If aesthetics are important to you, however, try Steamery’s Pilo. This isn’t the device I would use if I had to go through a stack of sweaters, mainly because it’s awkward to hold, but it’s perfectly fine for normal jobs. I wish this were a bit simpler and had features where it mattered — a battery operated system instead of USB charger, as well as a head with adjustable height settings — but those things may not bother you.