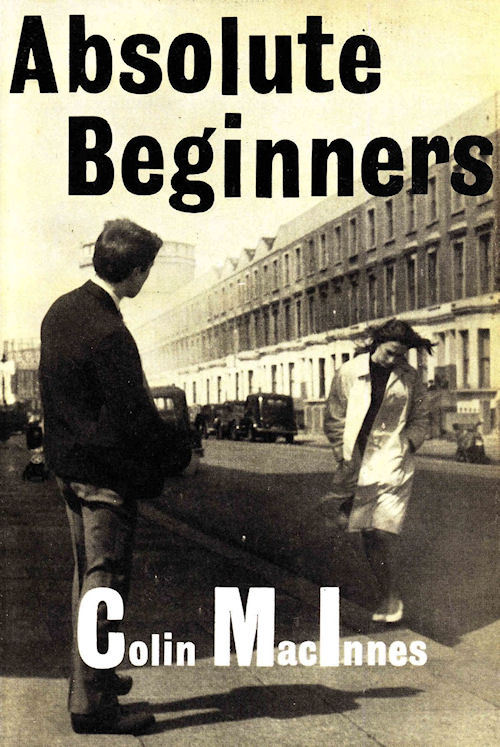 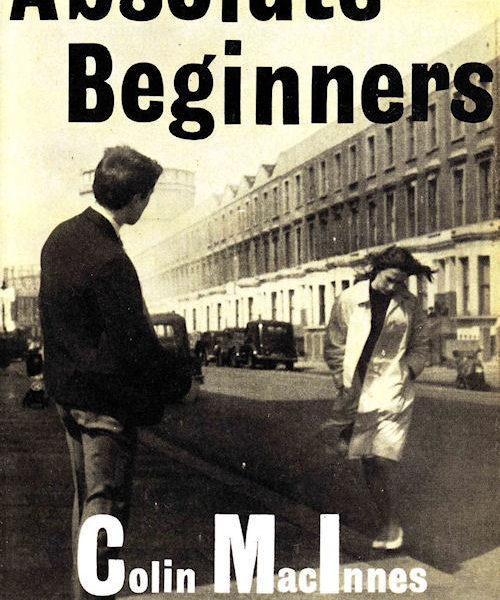 “I had on precisely my full teenage drag that would enrage him–the grey pointed alligator casuals, the pink neon pair of ankle crepe nylon stretch, my Cambridge blue glove-fit jeans, a vertical striped happy shirt revealing my lucky neck-charm on its chain, and the Roman-cut short-arse jacket just referred to… not to mention my wrist identity jewel, and my Spartan warrior hairdo, which everyone thinks costs me 17/6d in Gerrard Street, Soho, but which I, as a matter of fact, do myself with a pair of nail scissors and a three-sided mirror.”

–The protagonist in Colin MacInnes’s Absolute Beginners (1959), generally regarded as a good depiction of the proto-mod scene in London, and considered by some to be the British equivalent of Catcher in the Rye, at least so far as getting inside the mind (and patois) of an adolescent dude navigating a world of adults.

Now when I think of mod, I prefer to think of cleanly cut continental suits and fishtail parkas, but Absolute Beginners verges on a primary source. The main character is a 17-year-old freelance photographer toting a Rolleiflex and sipping espressos at cafes, listening to jazz records when he can. Late 1950s London sounds a little bit like 2010s Brooklyn.