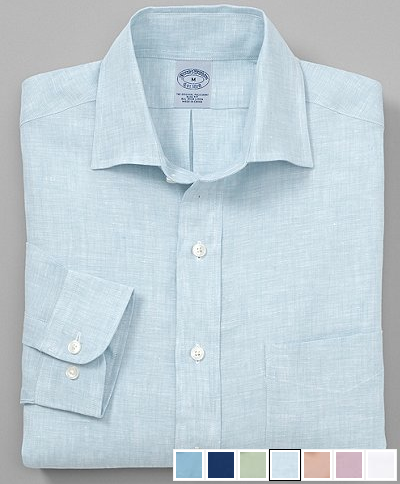 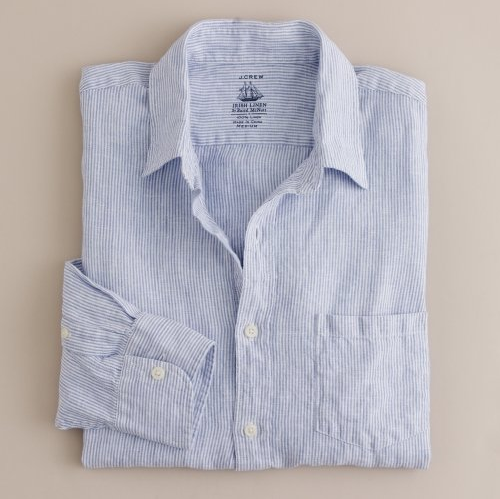 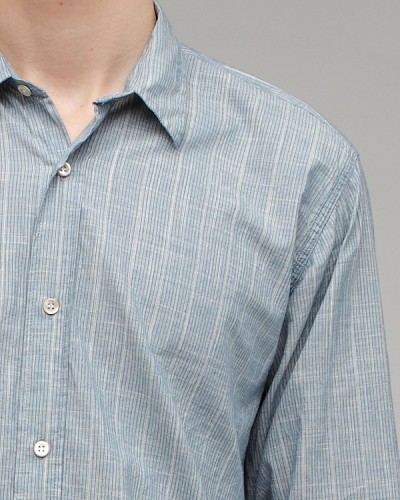 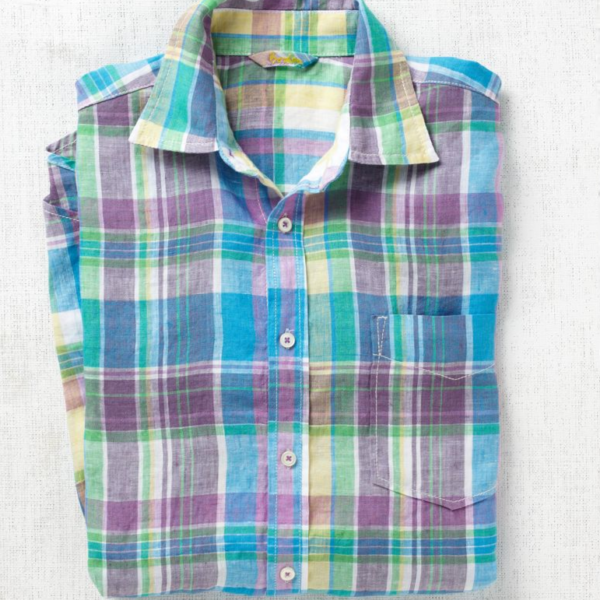 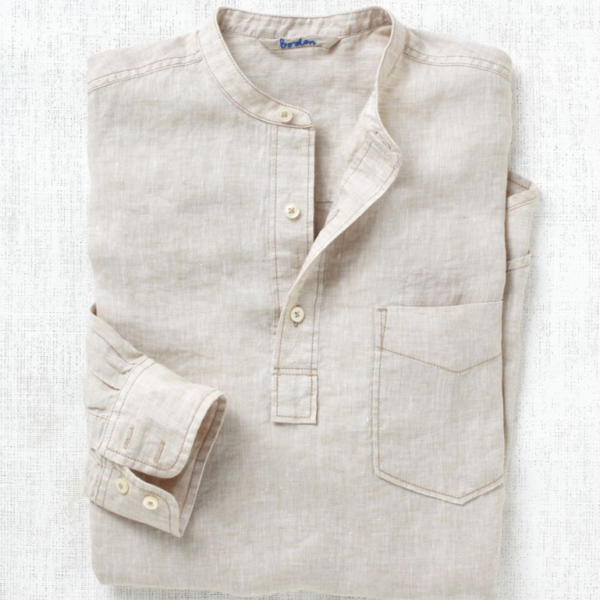 I talked yesterday about some lesser known summer fabrics, but let’s get back to basics for a moment. You know what makes summer truly great? Linen shirts.

Seriously, I love linen shirts, and I’m always surprised by how few men wear them. Their gauzy, wrinkly nature adds a really nice texture and can give you a much more interesting casual look. Linen is also great for hot days. It has an airy, open weave that allows your skin to breathe and feel much cooler than it would under, say, oxford cloth. Additionally, since all their charm is in how they wrinkle, you don’t have to iron them.

The classic linen shirt is the white collared button up. However, since you can’t bleach linen (as the harsh chemical really destroys the fibers), keeping a white linen shirt white can be a bit hard depending on your habits. White linen can also be very bright; if you’re a bit pale, it can visually wash you out. Thus, if you don’t think you can manage a white linen shirt, I’ve rounded up some other options for you.

For simple basics, check out Brooks Brothers’ linen shirts. These come in a variety of interesting colors, my favorite of which is their light blue. They also have a dark blue version, which can look great with khaki chinos. J Crew has a similar dark blue model, and it fits slightly slimmer than Brooks Brothers. They also have the same shirt in bengal stripe and gingham. The fabric on J Crew’s is a bit heavier than some of the others I’m featuring here, which means the creasing that you’ll get isn’t as sharp. I prefer this, personally, as I think it makes the shirt look more rumpled than creased, but it’s a matter of taste.

For something a slightly more than your basics, check out Our Legacy. They have a slightly worn looking striped linen shirt that has a bit of old world Western European feel to it. Boden also has some interesting plaids and stripes, as well a linen “grandad” shirt, which is basically a kind of linen henley. It’s a bit more unique looking, but I think would still make for a great casual piece this summer.

Lastly, a word about marketing. As you shop for linen shirts, you may notice some brands, such as J Crew, heavily market theirs as being “Irish linen.” Now, linen is to Ireland what cashmere is to Scotland, but this doesn’t mean that linens from other countries aren’t as good. Plus, being labeled Irish linen just means the fabric was woven in Ireland; the material doesn’t necessarily have to be milled there. The term is mostly a marketing ploy, so you should be wary. In the end, the most important thing is for you to see how the linen wrinkles, and whether you’re comfortable with the fabric.

If you’re on the fence about wearing a “wrinkled shirt,” I recommend just going into a store and trying one on. You may find you actually like it, and after getting used it all summer, you’ll lament the coming of the fall season, when you have to go back to your poplins and oxfords.