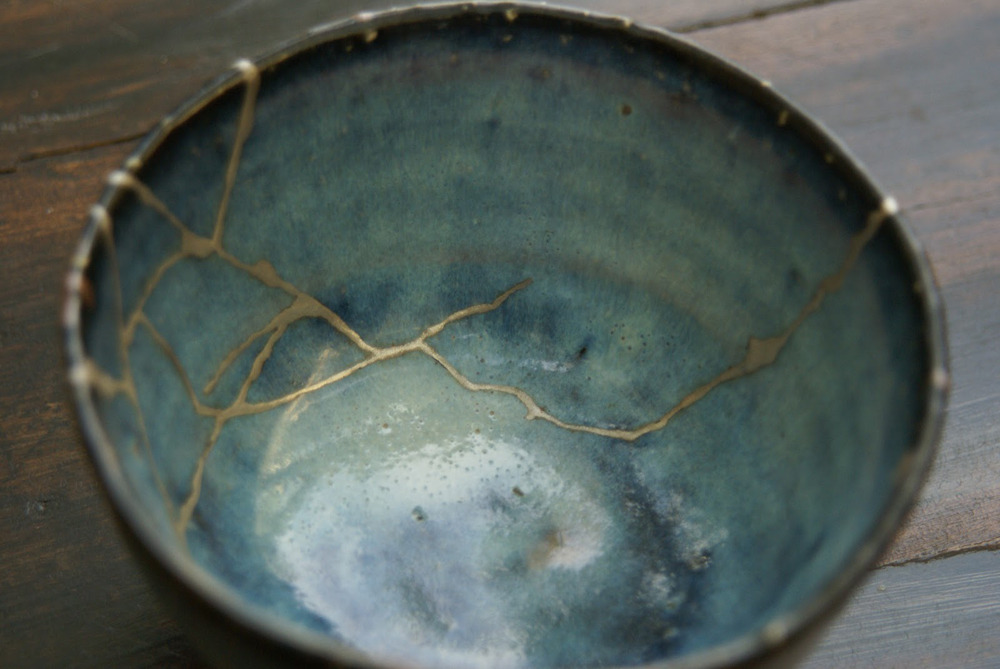 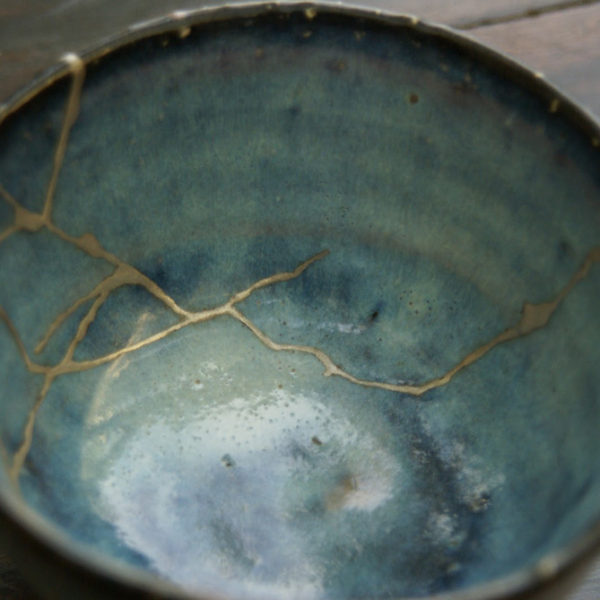 Sometimes I get jazzed about a topic that’s barely tangentially related to clothing (film photography technique, 1990s skate shoes) and I want to post about it on Put This On but hesitate because I don’t usually like to bore/alienate large segments of our audience. But hey! This post is mostly about pottery.

The connection to clothing is through our appreciation of two things: the concept of wear and tear adding character and value to the things we cherish (i.e., wabi sabi), and the concept of beautiful repair. These things come together in artful darning of denim, patching that’s not meant to hide repairs, or other delicate repair that maybe looks better than the original.

The relevant term in pottery is kintsugi, a Japanese word for “golden joinery” that refers to a specific sort of careful repair work that highlights the breakage rather than hiding it (yes, it’s more than a Death Cab album title). Kintsugi dates back centuries, allegedly developed as an elegant upgrade to the functional but vaguely surgical practice of stapling ceramics back together. It involves using resin and powdered gold to fill in cracks or chips and join broken pieces of pottery together. Look, I’m not an Antiques Roadshow appraiser (although I’m thinking of getting serious about slipware!), and I don’t really know good kintsugi repair from bad (note there is some bad, today’s-craft-project kintsugi out there), but I like the look and the idea of kintsugi pieces. As critic Blake Gopnik said, when an intricate and symmetrical piece of fine pottery is threaded with delicate kintsugi repairs, “It’s like a tiny moment of free jazz played during a fugue by Bach.”

Why do we like things that are artfully repaired, as in kintsugi or darned denim? First of all, it’s pragmatic; an acknowledgment rather than denial that material things are impermanent. Your stuff will break. You yourself will gather some scars. No need to hide them. Second, it feels good to not let things go to waste. It’s been a long time since most of us have had to “make it do or do without,” when a newer, cheaper version of whatever breaks is a couple of clicks away. Third, it adds an element of humanity to our mostly machine made world. Hand darning or repair means that someone paid real attention to something of ours, took the time to treat it right, and gave it back to us better than it was before.