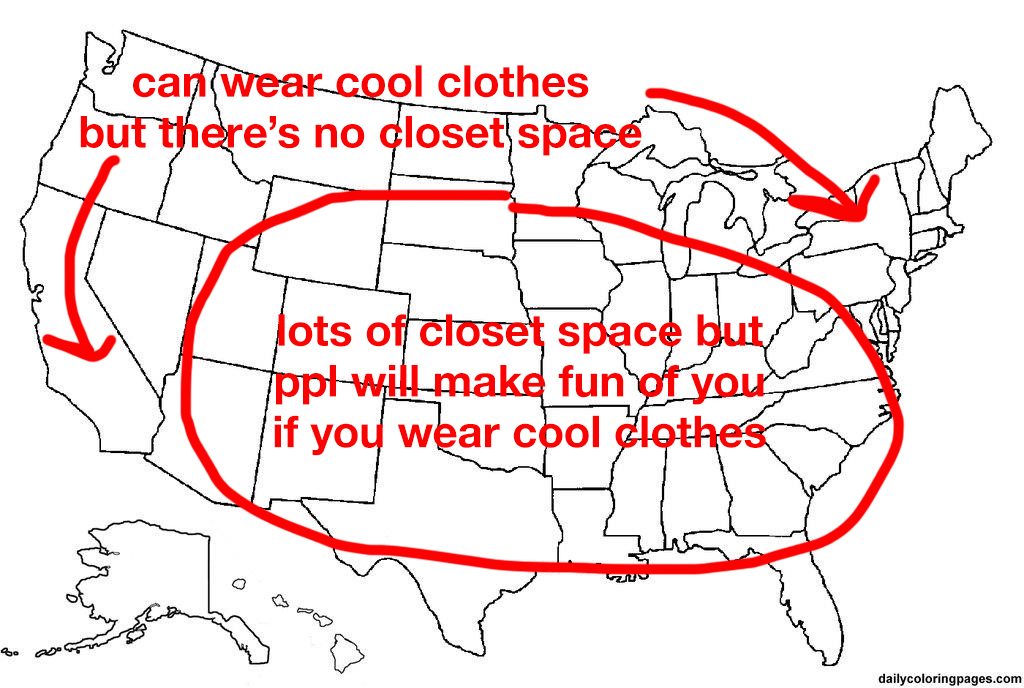 With seven candidates on the stage tonight in South Carolina, the tenth Democratic presidential debate often felt like it devolved into a pointless shouting match. Each of the candidates vied for attention and applause as they staked out their positions on healthcare, foreign policy, and gun control, while also taking turns to attack Mike Bloomberg. But throughout the two-hour debate, there wasn’t a single question asked about some of America’s most pressing problems — immigration, climate change, and what to do about the fact that you can’t live in a city that allows you to both wear cool clothes and store them.

I’m a single-issue voter, and this is my issue: there is an uneven distribution of closet space in this country. In his 1875 letter to the Social Democratic Workers’ Party of Germany, Karl Marx described the basic principle of communism as demanding from “each according to his ability” and distributing to “each according to his need.” In this critical moment in American history when we might get a Democratic Socialist president, not a single person has addressed to gross injustice of closet space. In cities where you will be roundly mocked for wearing a shirt with buttons, people have three, four, sometimes ten walk-in closets. In cities where no one will bat an eye if you walk down the street in a hooded Kapital Ring coat pinned to the backside of Needles track pants, you won’t have enough room to hang a single t-shirt.

Is this fair? Is this just? If you wear gingham shirts 365 days out of the year, do you even need more than one gingham shirt? There are guys right now in New York City who wear Needles Rebuild flannels that are literally made up of five reconstituted flannels. Do you think this is done for style purposes? No, it’s because they lack closet space. 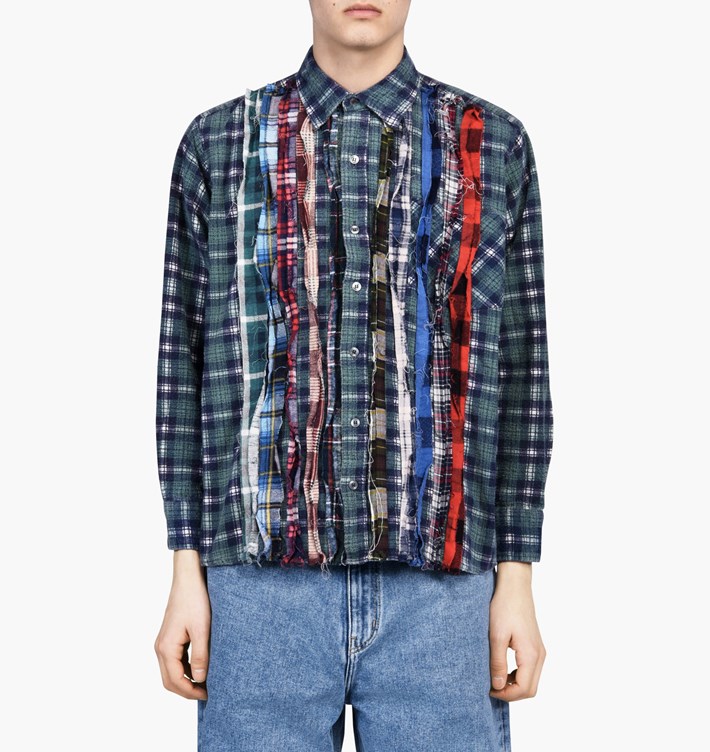 Sadly, uneven closet distribution isn’t an issue that just affects Americans. This is a crisis around the world. Here are some tweets from British people who have shared their experience wearing certain clothes outside of London.

Wearing a scarf in London: Nobody cares

Wearing a scarf in Newcastle: "How! It's Harry Potta! Are ye gannin' back ta Hogworts?"

I once saw someone in Newcastle get their jumper caught on a railing which unfortunately made them fall into the road, hurting themselves.
A car carefully approached the stricken body… “that’s what you get for wearing a cardigan!”… and proceeded to drive away.

Brilliant- I wore my Raybans once in my hometown on a really sunny day-someone shouted “oh, sunglasses is it?” 😁

Wearing a big arctic combat jacket, out with my sister in Liverpool in the 1980s.
A car draws up across the road and a guy shouts "Hey mate, where's the Falklands?"
"South Atlantic, tit!"
He drives off.
My sister then tells me the Falkland Arms pub is just along the road

At the moment, people in closet-poor cities have to share closet space through a complex social network organized through a site called Grailed. In this system, people sell their used clothes to other people so that those clothes can be stored offsite. Later, when they realize they want to wear those clothes again, they buy them back, only to resell a week later. There are maybe ten items circulating between 1,000 people on Grailed because no one can hang these items up anywhere.

I call on each of the Democratic candidates to address this critical issue. Maybe we can set up a network of tubes that allows people to store their clothes offsite (like, four states away). The system could be modeled after these fish canons. Or we let people in closet-rich cities wear whatever the hell they want without life-ending ridicule from other people. Either way, the current system is inefficient, untenable, and grossly unfair. Let’s do something.