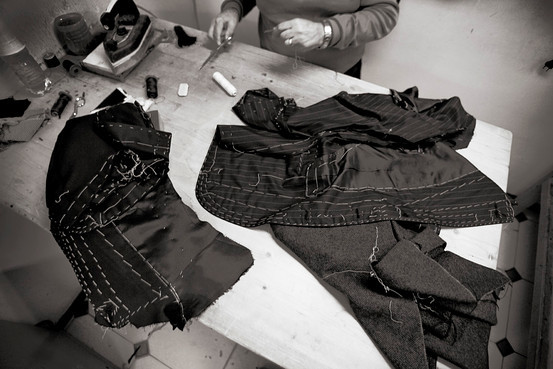 In my opinion, O’Mast is going to be the most important documentary on menswear to come out in years, possible a decade. The trailer is absolutely incredible, and if you haven’t seen it already, it’s a must see.

The Wall Street Journal recently published an article about it. This excerpt caught my eye.

While the sartorially inclined may be eager to see “O’Mast,” Mr. Migliarotti, who studied filmmaking at New York University, has had trouble garnering commercial interest. He originally secured funding from an institution in Naples, but it pulled out after he made the film. He finished work on “O’Mast” in February and he hasn’t secured a distributor, though he says he is currently in talks with a few.

What’s going on here? I don’t know anything about the film industry, but seriously – given how many men are interested in menswear these days, this film has a ton of potential. Film folks, let’s get on this.