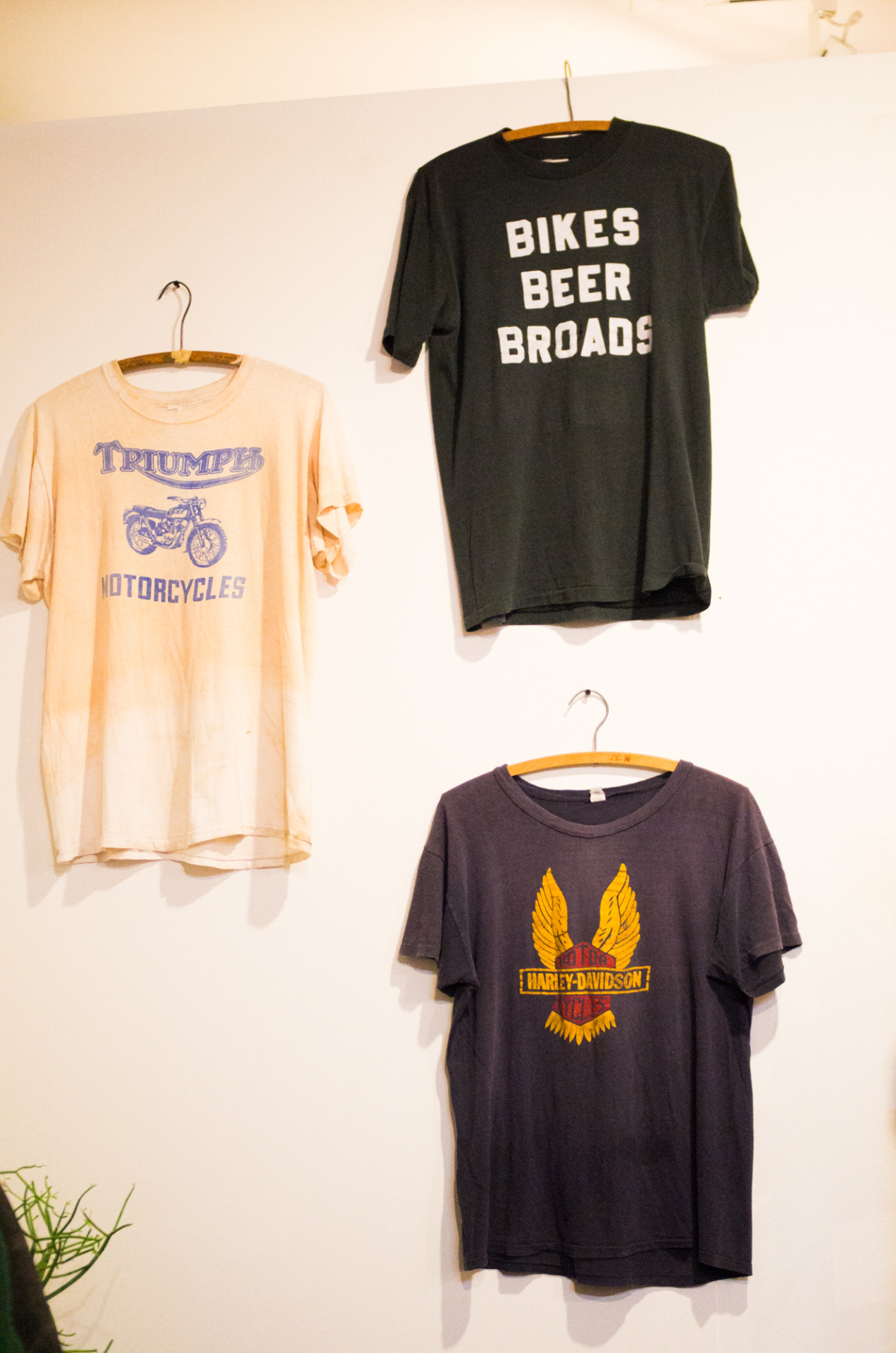 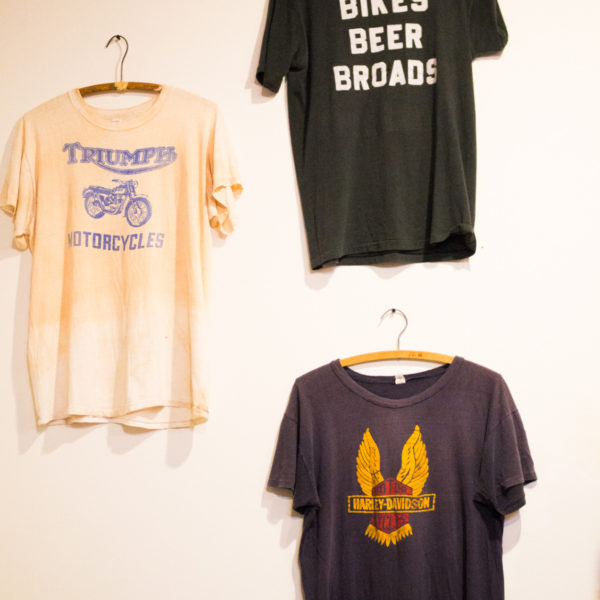 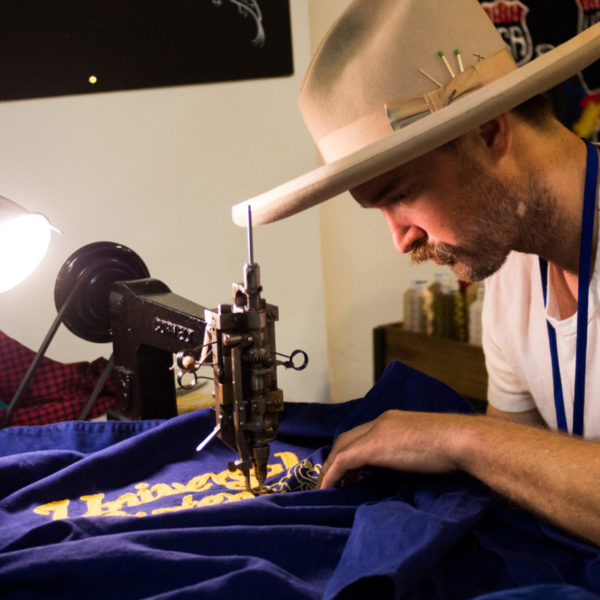 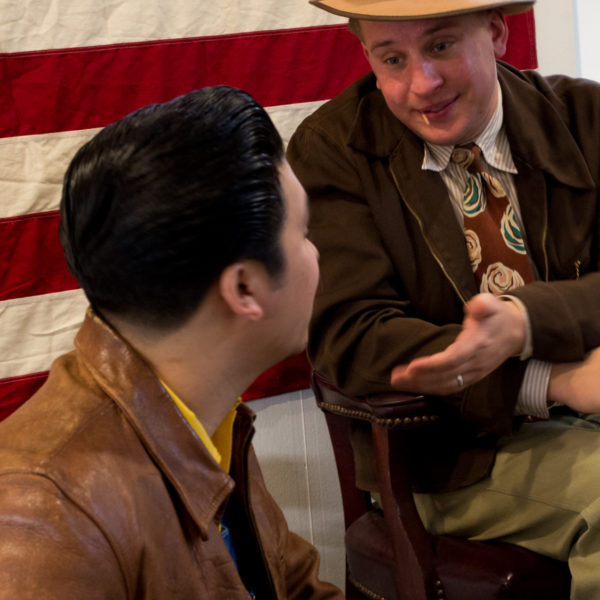 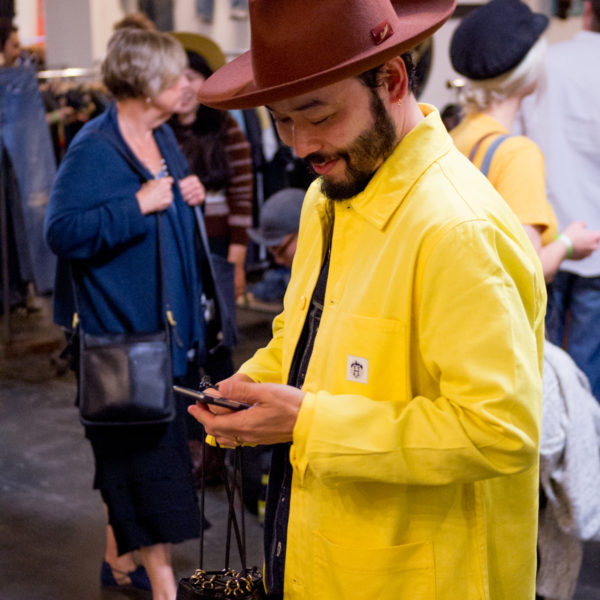 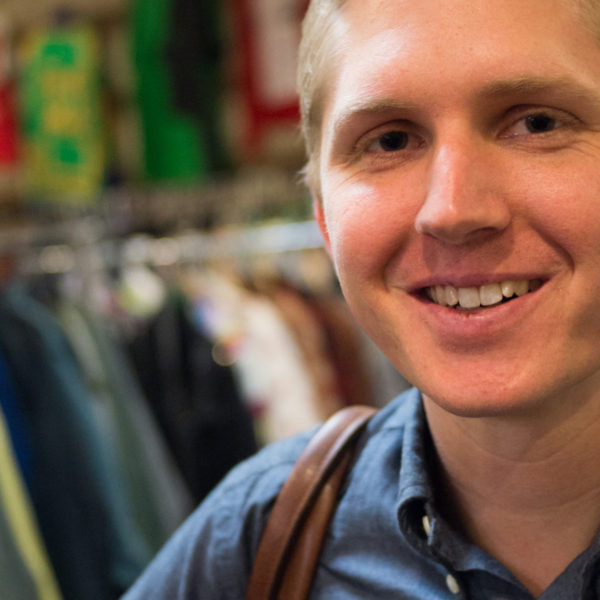 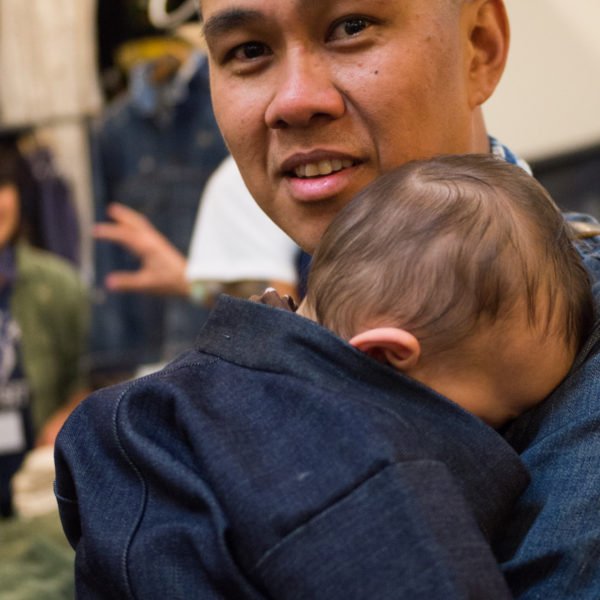 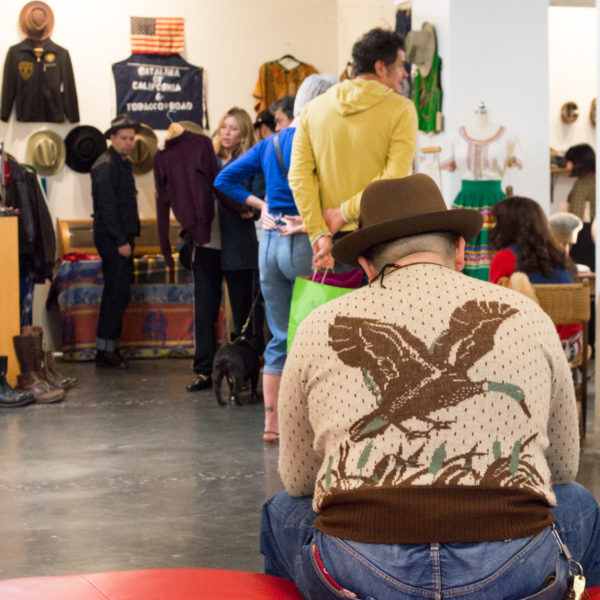 I wasn’t expecting to make it to Inspiration LA, the huge vintage-and-vintage-inspired Americana show, this year because I was supposed to be performing in Chicago. I had to cancel my appearance in the Windy City due to the early arrival of my baby boy, but because I had so much family around, I was able to slip out and check out the show on Saturday afternoon.

I was joined by Ryan, our cartoonist-illustrator, and met tons of pleasant dudes from around the menswear world. The outfits at Insipiration are really something to behold – guys wear their boldest, rarest and most remarkable clothes. I saw a few dudes who looked great in actual ten-gallon hats.

I took some pictures while I was there, and I’ll share them today, Monday and Tuesday. Enjoy a peek at a remarkable little world.

Above, among other things, you’ll find a man running an archaic chainstitching machine, a guy who brought his son in a jacket made for him as a gift from his tailoring mentor, and the guilelessly charming face of our own Ryan Cecil Smith.

Check out all our Inspiration coverage, including past years’, by clicking right here.