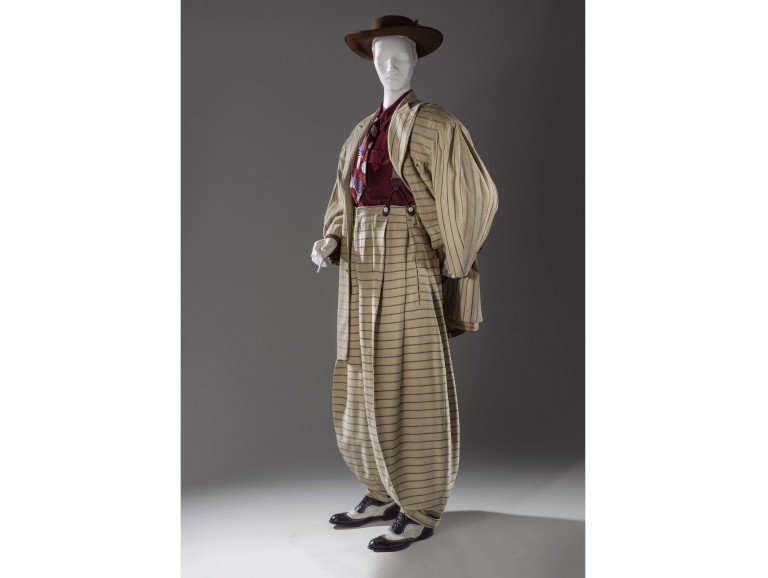 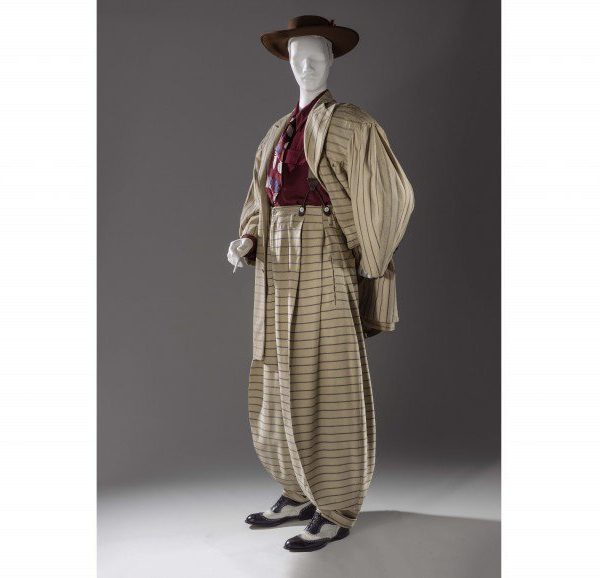 We’ve written before about the Zoot Suit Riots, which weren’t exactly riots, but a widespread wildcat campaign by white servicemen to attack young Latinos in Los Angeles during World War II. The servicemen focused on men wearing zoot suits, and frequently cut up the zoot suiters’ clothing in addition to beating them up.

Zoot suits are a huge piece of Los Angeles’ wartime history, and suprisingly, they simply didn’t exist in museums. Until now. LACMA, the LA County Museum of Art, has acquired an original suit at auction, and plans to make a pattern freely available to the public. LA Magazine has the story.

I was particularly touched by this testimony from a man who survived the attacks:

“Chicanos didn’t invent the Zoot Suit style; it was the Filipinos. Ducktail hairdos—Filipinos started that, too. My pants were what you call semi-drape; they weren’t exaggerated. I wore them every day to school and when I went out on Saturdays and Sundays. I didn’t wear a hat or a tie—just the pants and a nice silk shirt. I was about 16 or 17, and I loved them. But these guys in the Navy, they’d get a knife or scissors, start at the bottom, and cut them up—just to be mean.

They used the excuse that Chicanos at the beach raped a white girl, but that was horseshit. The country was at war and they had to let off some steam, so they picked Chicanos. During this time, my compadre and I went down to the see a show at 7th and Broadway. We crossed the street, and three sailors came after us. We ran until we realized there were only three of them. The first guy was way ahead of the rest. We did a number on him; the second one, also. The third one got scared and left. But he came back with eight or ten sailors.

They chased us, and we ran right in front of a police station. There was policemen outside, kind of giggling, waiting to see if the sailors’d catch us. We would have really been in trouble, but a friend who used to work with me was passing by, so we got in his car and left. In some cases over there in East L.A., the sailors would go inside the house and drag the guys out. One night there was cars from every gang you can think of on Brooklyn Avenue all the way from Record Avenue to Eastern. There was at least a hundred of them. The sailors came by in trucks and started to get out. They didn’t realize that the parked cars were full of guys, and boy, did we do a number on them. We chased them up to Whittier and caught them. They found out they can’t win them all. It was like getting even.”