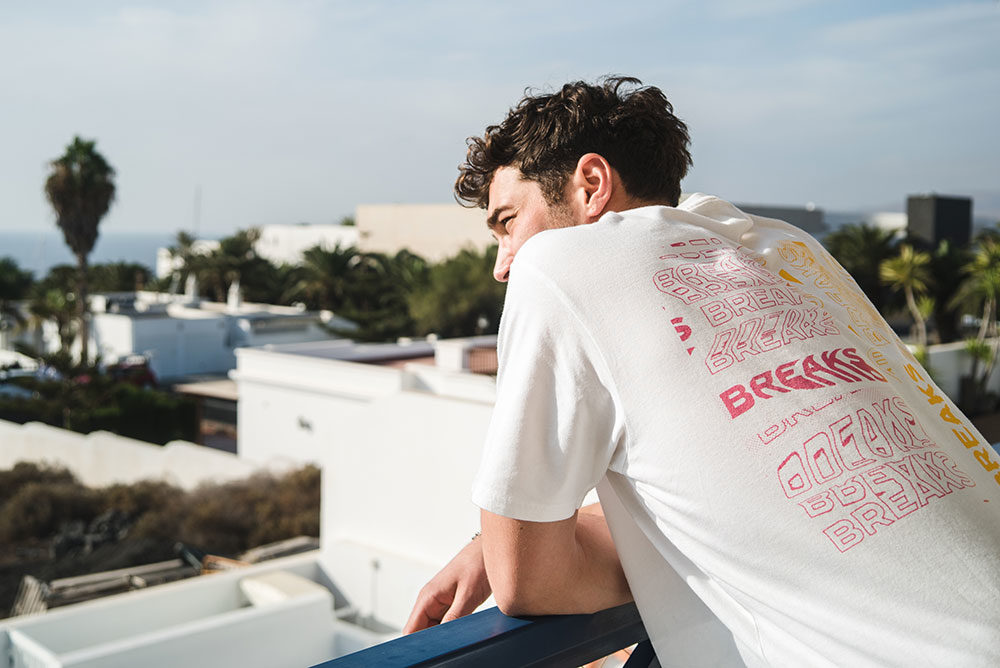 Remember the “Jesus is my homeboy” tshirt? For a long time, when I thought of graphic tshirts, I thought of that sort of shirt–an image with a nod to the past, printed on a faux vintage cotton blend shirt, worn at least semi-ironically, and probably pretty tight. Maybe with a double entendre. Hey, it was marginally better than a 90s Big Johnson shirt. In the 2000s heyday of graphic shirts, there were artsier takes, too–I wore my share of threadless tees, and Barking Irons/The Cast shirts presaged hipster tastes for steampunk lite.

In the late 2000s most of those pre-faded styles… faded (Barking Irons now makes… applejack?). And guys’ tastes shifted toward “no logos” and “stealth wealth.” We sought the perfect plain tshirt. The perfect cut, the perfect fabric, the perfect pocket. Actually I’m still seeking it–current favorite is Uniqlo’s U line crewneck. Disappointed I can’t find their oversized pocket tshirts I recommended last year.

But graphic tshirts have been making a comeback. For the most part, they don’t have logos or winking slogans, and they’re not particularly slim. They’re not custom dyed in Kyoto or handsewn in Los Angeles. They’re mostly printed on generic blanks anyone screening tees can buy in bulk. They’re cultural reference heavy, a little weird, and sometimes hard to get. They seem to care little about copyrights. One thing they tend to have in common? Sincerity.

I’m talking about shirts made by outfits like Boot Boyz, Online Ceramics, and whatever Jeremy Dean is calling his current incarnation. Their design senses are very different, but they all share a penchant for combining multiple signifiers of music or underground culture in a single tshirt, and extremely limited self distribution. In a way, it’s refreshingly democratic. Designer graphic tshirts have been raising eyebrows for years–Riccardo Tisci’s Givenchy rottweiler shirt (originally released in 2011) now sells for $550. All of this new crop of graphic shirts are <$100, and mostly under $50. On the other hand, they tend to sell out quite quickly, so to get one you have to know who to follow and must be looking at Instagram at the right time (which benefits those of us who are looking at Instagram approximately 75% of our lives).

When I recommended some of these shirts last spring, we got feedback saying it wouldn’t be appropriate to wear some of them if you didn’t understand/appreciate the references. For example, you wouldn’t wear a skate tshirt if you don’t skate, or a band shirt for a band you don’t listen to. I.e., “Don’t be a poseur.” I get it. That’s been part of the weirdness around Supreme hype for years–that kids will line up for a collection based around a band/artist/designer they’ve otherwise never heard of.

But the flipside of poseur-dom is the spread of knowledge about cool shit. You don’t know much about New Order? Boot Boyz doesn’t hide their influences for their New Order shirt; in fact, they explain each element of the design in great detail. Maybe you don’t think of hardcore pioneers Black Flag as akin to the Grateful Dead, but maybe tshirt designs open your eyes to the similarities (I mean, listen to a good Dark Star and then the Process of Weeding Out and tell me you don’t hear it). Say a kid lines up at Supreme and ends up with a Lee “Scratch” Perry or Daniel Johnston shirt? Maybe… maybe that kid ends up digging the music.

Everyone’s a poseur at some point. No one’s born knowing which Ramones albums are good or what a stalefish looks like. So don’t be afraid to buy a tshirt that’s a little cooler than you–it may even expand your mind. 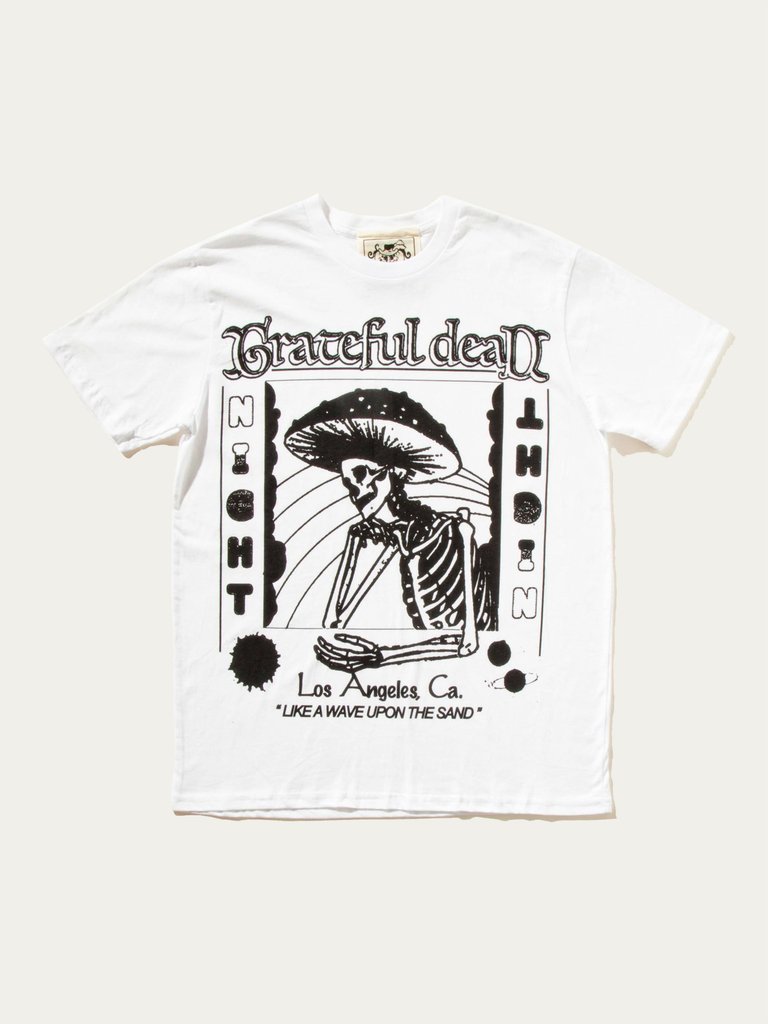 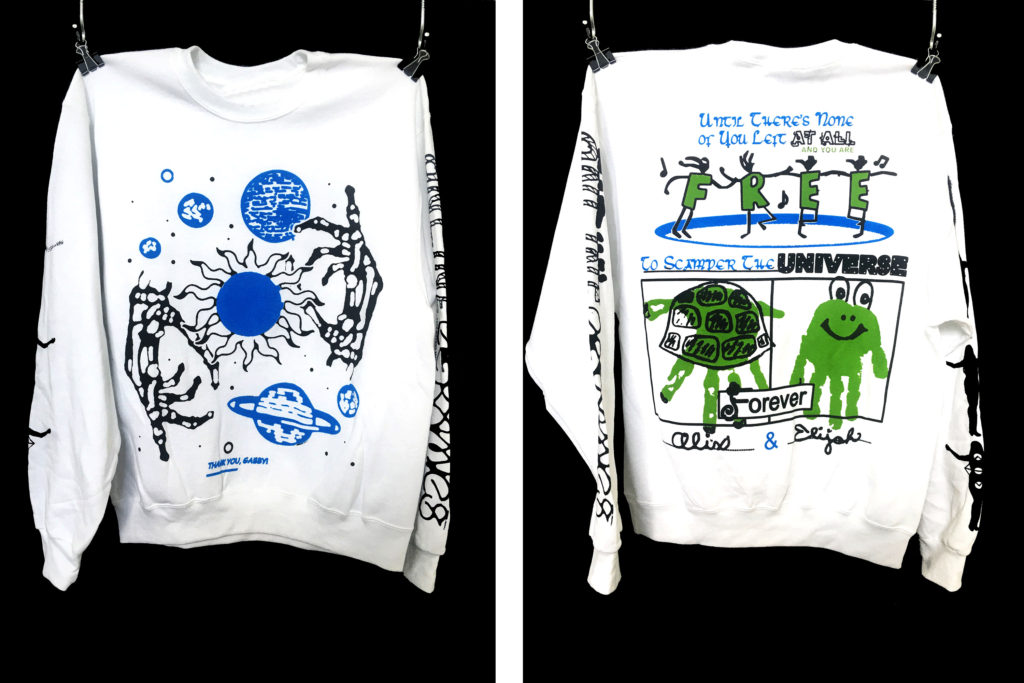 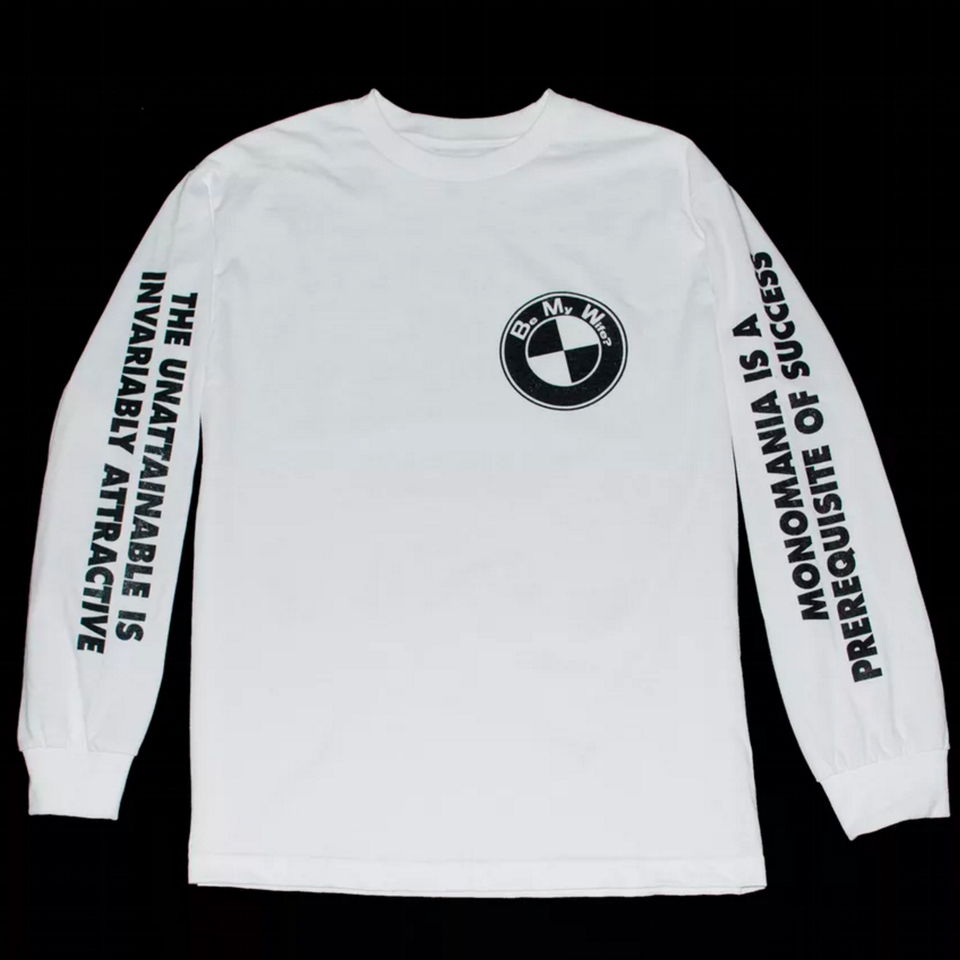 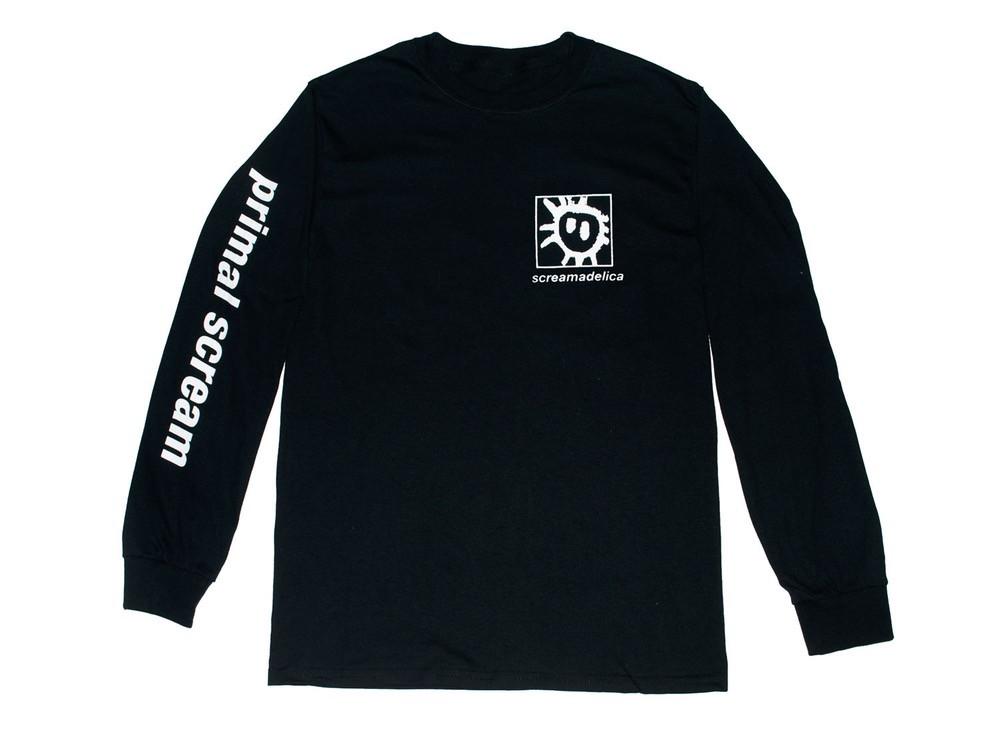 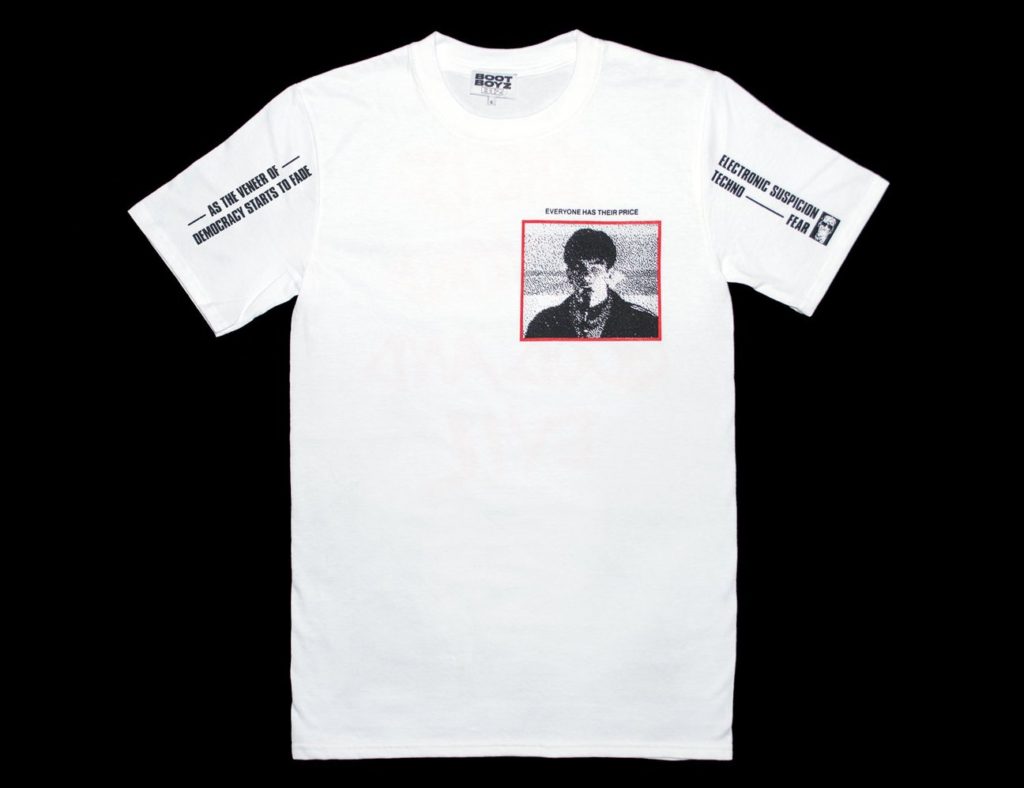 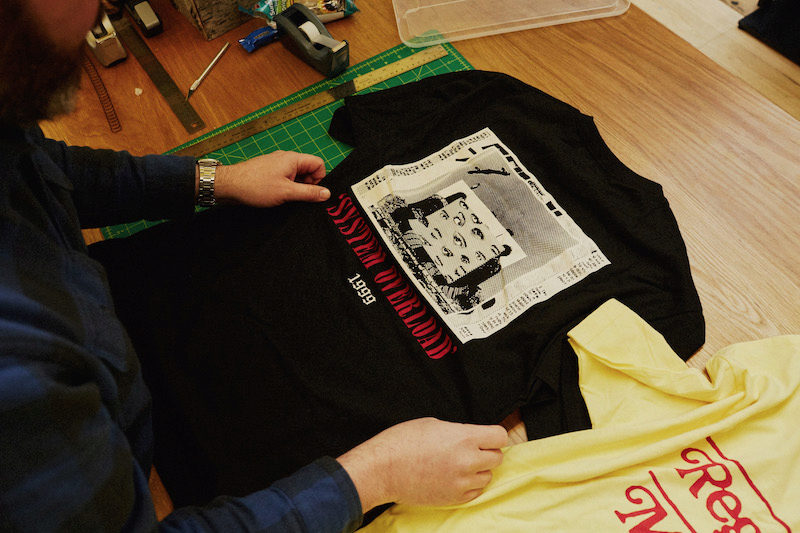 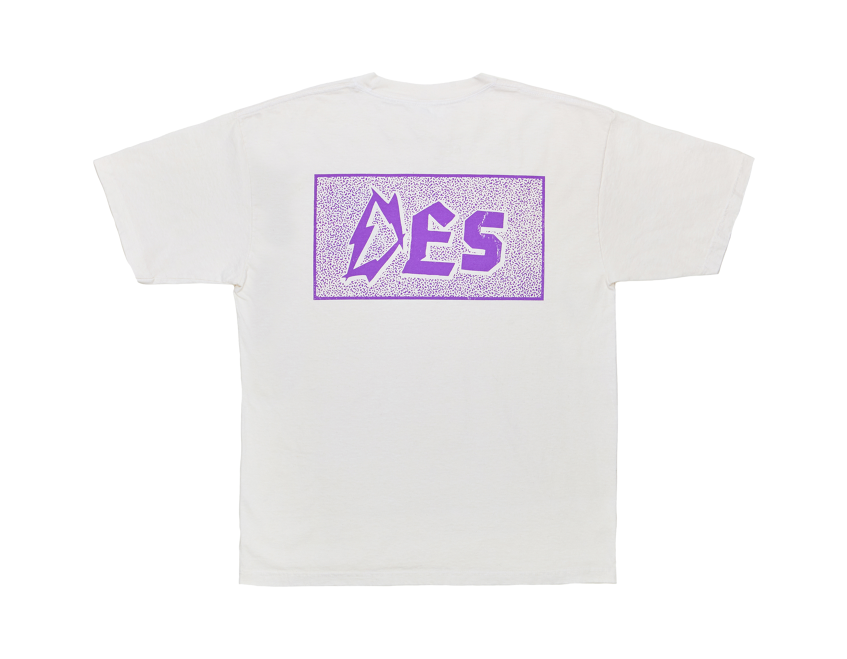 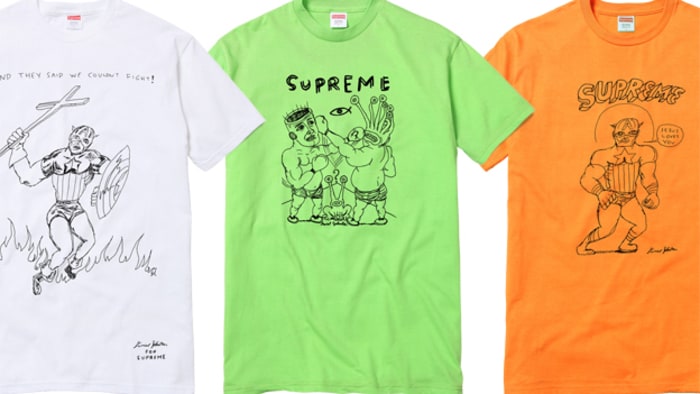