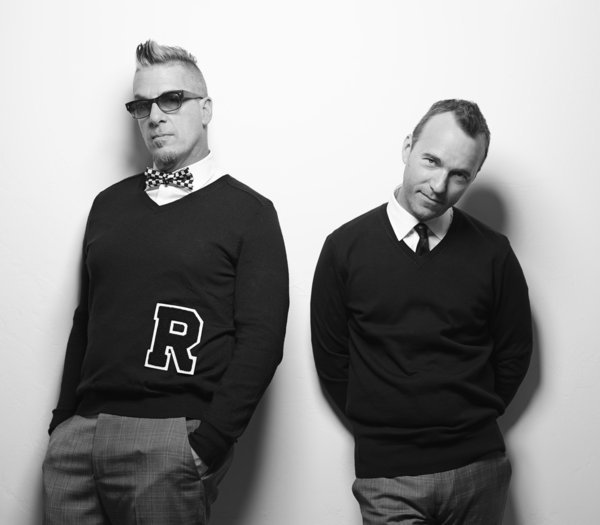 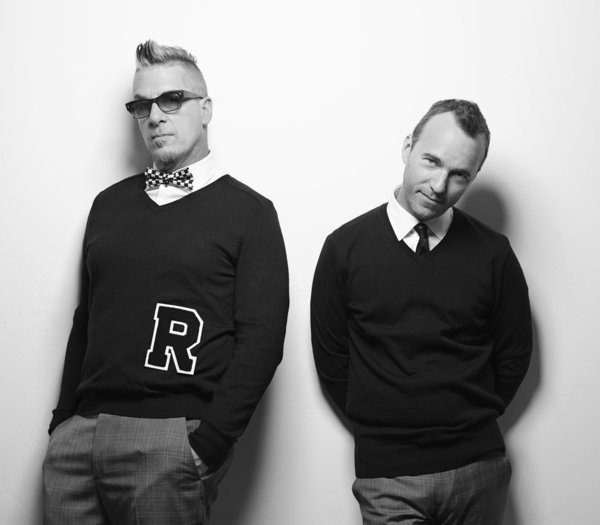 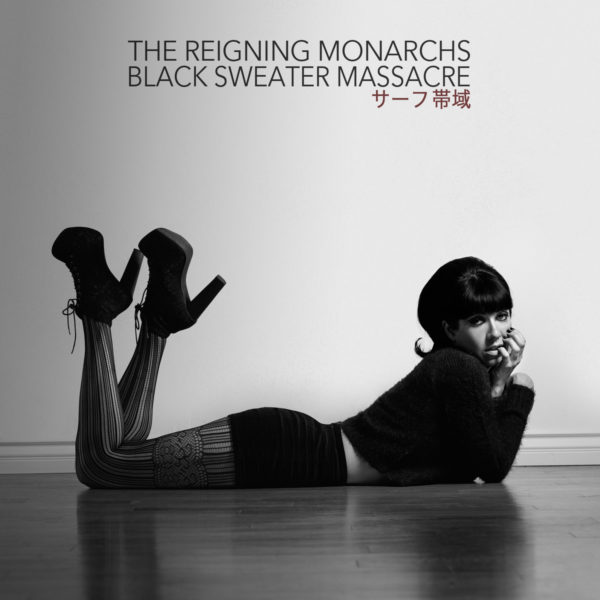 When you roll in LA comedy circles, you don’t meet a lot of men who are inclined towards the sartorial. Greg Behrendt, though, is an exception. Behrendt (above, left) is one of the funniest standups in the country, but he’s also a man who’s deeply passionate about clothes. He even has shears and a needle and thread tattooed on one arm.

When Greg isn’t behind a standup mic, he fronts the band The Reigning Monarchs with his friend Michael Eisenstein (Letters to Cleo). Their music is a bit like the soundtrack of a lost B-movie about beach babes driving hot rods. Exciting, driving and totally instrumental.

Below is the title track from their new album… highly recommended. You can grab the album from their site for $7 now.