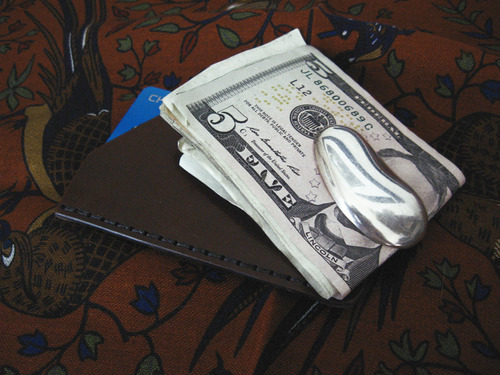 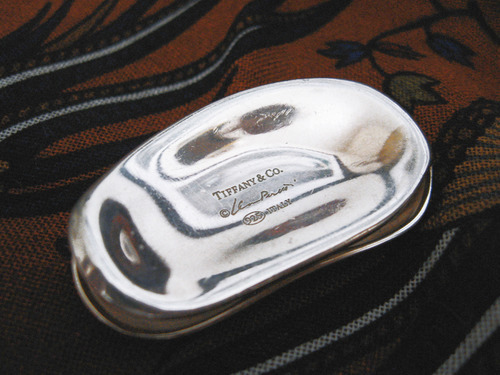 Over the weekend, Tiffany & Co. quietly lowered the price of their Elsa Peretti money clips from $195 to $150. Kind of surprising since the company has a strict policy of never doing sales or giving discounts, and they generally only raise prices over time, not lower them. They do sometimes adjust for the price metals, but going from $195 to $150 is a big jump. There’s even a model now for $125, for people who want something a bit more affordable (it’s just not made from sterling silver).

Elsa Peretti, for those who may not know, is an Italian jewelry designer who has made some of Tiffany’s most popular pieces. Most of her work is targeted at women, though she’s done things for men from time to time. In addition to money clips, she’s designed things such as cufflinks and lighters using those fluid, simple lines that she’s most famous for. I’m a big fan of her money clips, personally, and whenever I’m wearing a sport coat  or any non-rugged outerwear, I carry all my cash and cards using her bean-shaped clip and a Chester Mox card case.

The upside to a money clip is that they look dang classy, and when combined with a nice leather card case, you can carry everything you need without having the bulk of a traditional bi-fold. The downsides are that they can be a little flashy and, at times, cumbersome to use. I dislike having to pull out a wad of cash, thumb through a bunch of bills, and pick out two dollars to just pay for something small. It makes buying something like a bag of chips feel like a drug deal, though I suppose that can be either a good or bad thing depending on your disposition.

For other nice money clips, you can turn to Paul Stuart, Brooks Brothers, J. Press, Ralph Lauren, and our advertiser Frank Clegg Leatherworks. Tiffany also has some nice models outside of their Elsa Peretti collections. In addition, you can always try eBay, but be warned:  I’ve bought about half a dozen clips from there and all have been fake (i.e. not made of sterling silver, or were rip offs of name brands). Jesse is right that counterfeiting in traditional men’s clothing isn’t big enough to worry about, but you can get into slightly more dangerous territory with famous jewelry brands. Caveat emptor.