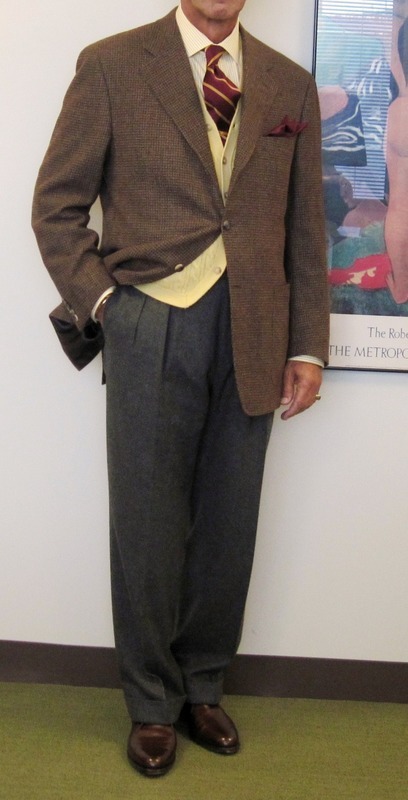 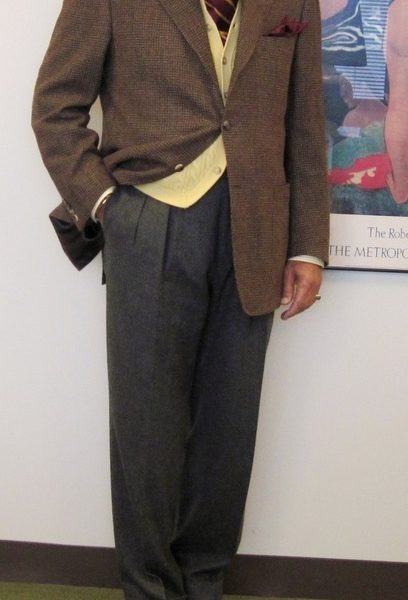 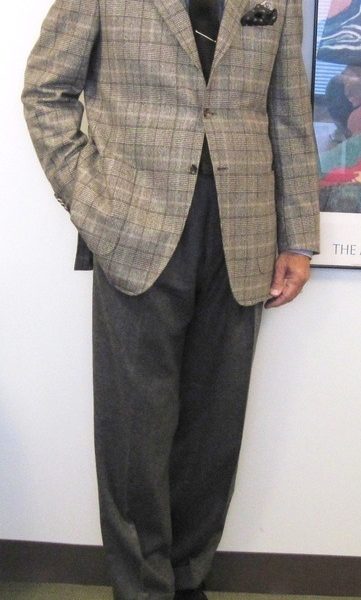 I’ve really been enjoying lately some of the photos shared by a guy who goes by the internet name olddog/oldtrix.

The trend towards slim-fitting tailored clothing has gone a bit overboard, with many men, even in carefully styled photos, wearing simply unflattering clothes. Short jackets that barely reach the downward curve of the rear and chests that pull unflatteringly into Xs at the button are an epidemic. I don’t really care to have a fight with fashion, but I think it’s nice to have some perspective on these things. There’s more than one way to fit a suit.

Olddog demonstrates a more classical fit in the photos above. A little less Mod and a little more Fred Astaire. Note that fit isn’t about how close a suit is cut to your body, as some people seem to think. Olddog (as the name implies) isn’t a young man, and I’m sure like most of us over 24 he has a less than David-like figure. The cut of these clothes hang from his body, rather than clinging to it, but they still have their own shape that follows his. These clothes are elegant – they suggest an ideal body rather than showing us one. He’s also favoring heavier fabrics that drape well, so I’m sure that these outfits look lovely in motion.