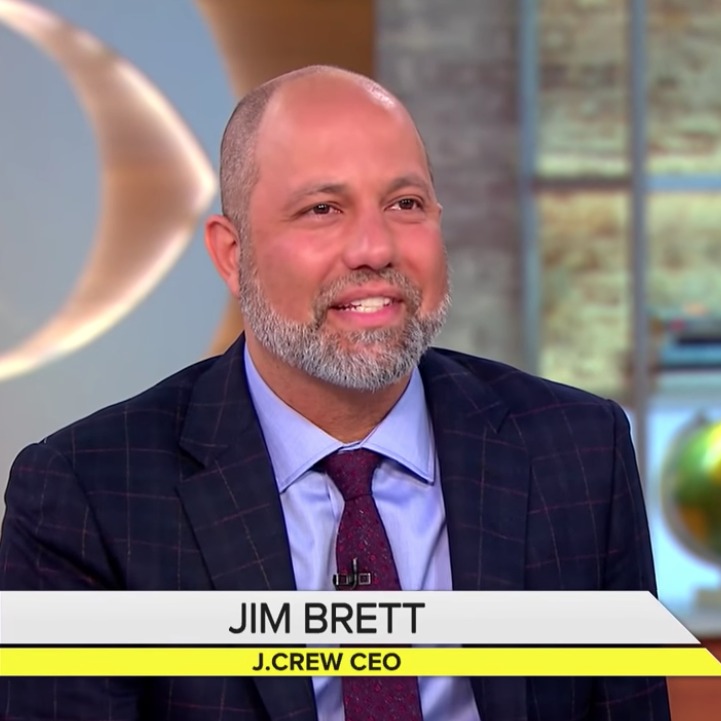 J. Crew is losing more people than the Trump administration these days. Last year, under pressure from a mounting debt load and flagging sales, the brand lost Mickey Drexler, Jenna Lyons, and Frank Muytjens, the original team that made J. Crew popular through the noughties. They replaced Drexler with Jim Brett, a former West Elm and Anthropologie exec who came in to turn the ailing brand around. While he was there, he launched new product lines, lowered prices, and gave J. Crew a more modern, less-preppy spin. He was also able to negotiate with the company’s creditors and push back the maturity of their $566.5 million debt from 2019 to 2021.

Today, the company announced that Brett has come to an agreement with their Board of Directors and will be stepping down, effectively immediately. From the press release:

“Jim’s passion and experience brought new energy to J.Crew and enhanced our ability to relate to a broad range of consumers, and we thank him for his hard work and thoughtful contributions to position our Company for long-term success,” said the Board of Directors. “Building on Jim’s early progress, the leadership team remains committed to driving performance and results, as well as continuing to strengthen operations, enhance customer loyalty and extend brand reach.”

“Returning J.Crew to its iconic status required reinventing the brand to reflect the America of today with a more expansive, more inclusive fashion concept,” said Brett. “However, despite the recent brand relaunch already showing positive results, the Board and I were unable to bridge our beliefs on how to continue to evolve all aspects of the Company.”

Brett has apparently been clashing with some people at J. Crew for a while. This past summer, he sent out a sharply worded email to senior staffers, which downplayed Jenna Lyon’s work and emphasized the importance of re-hauling the company’s image.

“PRETTY always sells. A glen plaid jacket with a graphic tee and camouflage pants is anything BUT pretty,” he said. “The new feminist fashion movement is enjoying the POWER of femininity (see latest Dior shows) vs. the last feminist movement which was about women finding power in dressing like men. Femininity is critical — pretty is critical — femininity is powerful. These things are in starch [sic] contrast to Jenna’s masculine, sexual and overtly aggressive J. Crew.”

According to Business of Fashion, improvements in J. Crew’s sales have been minimal (just a one percent increase this quarter from a year earlier) and morale has been declining.

Brett’s fix was viewed by some analysts as a watering down of the product. There were too many changes at once — from the introduction of a bare-bones loyalty programme to changes in fabric suppliers to the implementation of a marketplace  — all with varying impact. He also continued to discount heavily, something many of J.Crew’s competitors are trying to move away from.

Talk of a decline in morale also permeated Brett’s run, with multiple corporate-level employees leaving, including one of Brett’s own hires, chief marketing officer Vanessa Holden, who recently announced her departure.

For the moment, Brett’s position will be managed by a team of four senior executives until they find a new replacement. No word yet on who that may be or how this will affect the changes that have already implemented at the company (from their website, you can already see a more watered down and generic business casual style). Here’s to hoping this doesn’t signal more headwinds for a label that finds itself in troubled waters.