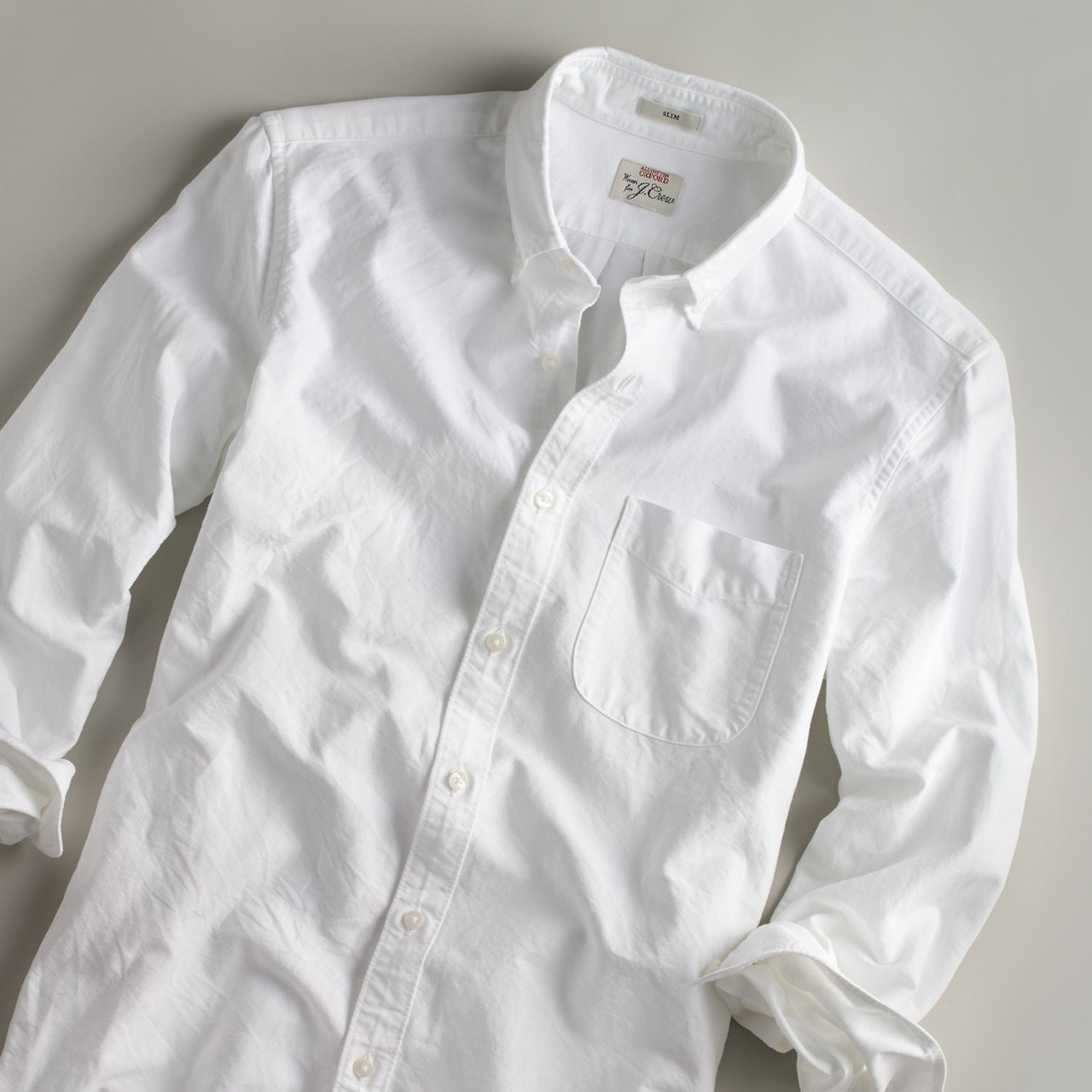 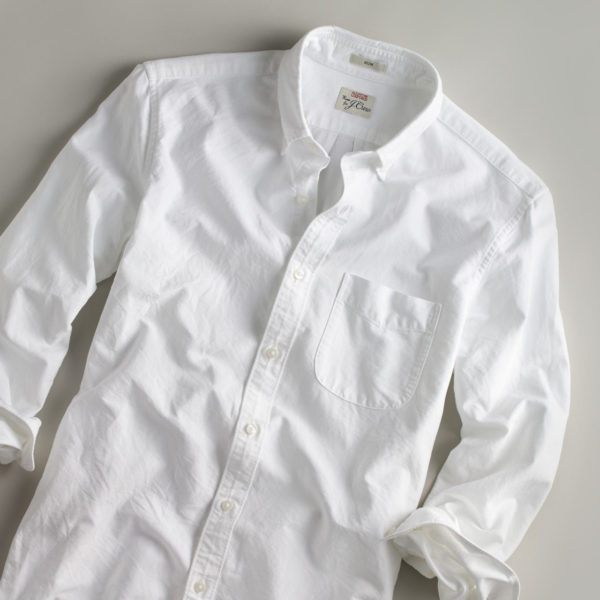 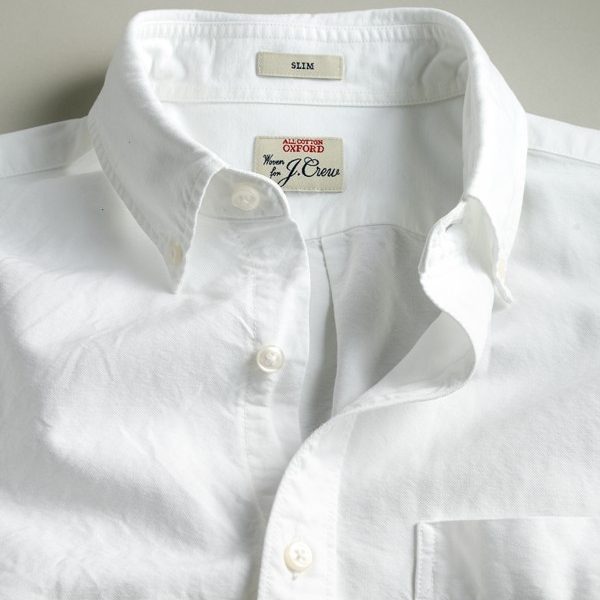 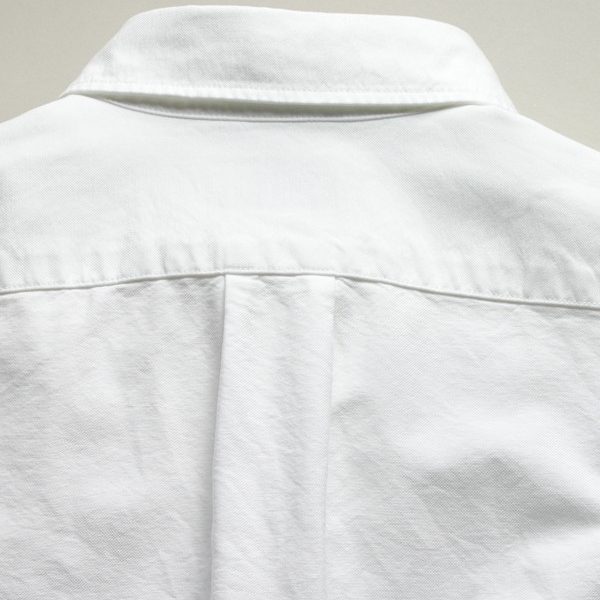 Here’s some exciting news. J. Crew just introduced a new oxford-cloth button-down, which they tout has been modeled after archival finds from the 1960s. Their new shirt features slightly smaller buttons and a box pleat at the back. Most importantly, the collar is now a little longer and fully unlined.

If you’re a fan of OCBDs, you know the charm of the style is all in the collar roll. The mid-century originals featured longer collar points and were made without any interlining, which is that stiff fusible that can be put inside the collar. Being unlined meant that the collar had a softer, more unique roll – almost like the shape of an angel’s wings when the points were buttoned. That collar roll would change depending on the wearer’s position, movement, and even the way he happened to tie his tie that day. The style was asymmetrical, wrinkly, and even a bit messy looking – but therein lies the charm.

These days, most button-down collars are lined (some heavily) so they look a bit more controlled and “perfected.” And as menswear silhouettes have been slimmed up and shortened over the last fifteen years, collars have been shrunken to match. Some are so short these days that there’s no roll at all when the collar is fastened. The points just lay flat against the body, like a regular point collar with two buttons awkwardly sticking out. The style sometimes works with more modern menswear lines, but it looks a bit wimpy with a traditional coat and tie.

In photos, J. Crew’s new collar still looks like it’s on the shorter side of things, but the changes are welcomed. The shirts come in two fits – regular and slim – and are constructed from American Pima cotton. Price is $64.50. We’ve ordered two to check out, and will report back once they arrive.

(thanks to theburack for the tip)