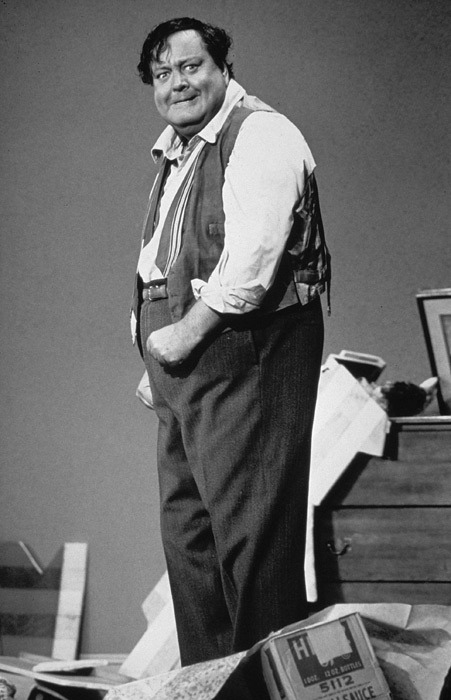 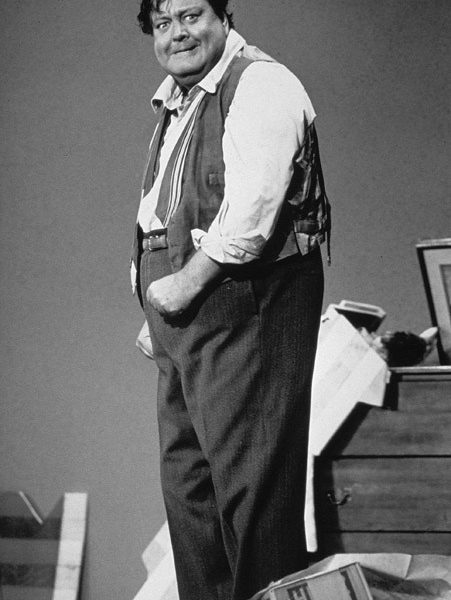 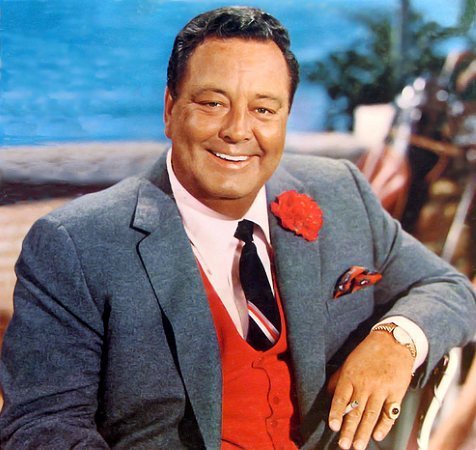 In the early days of television a lot of the types of shows and performing traditions came from the theater style of vaudeville. For those that don’t know, vaudeville was a fast-paced, exaggerated kind of comedy, where everything was played big and broad, whether talking about Jerry Lewis’ pratfalls, the miscommunication about who exactly is on first, or even Lucille Ball’s lipstick.

One of the great early television stars was Jackie Gleason, best known for his role as the gruff Ralph Kramden on the Honeymooners. It’s no secret that Jackie Gleason was a big guy, but in the true vaudeville tradition he played up his bigness as Ralph. Boxy shoulder, jackets tight around the midsection, short ties, belts losing a battle with his paunch- anything to make his belly that much more comical, as in the first photo above. I mean, his last name is Kramden, guys.

But when the cameras stopped rolling Jackie Gleason was a bonafide Hollywood star, and he is a master class in showing how your clothing choices can make you look like the prototype of all fat husbands with hot wives from sitcoms or someone who looks natural hobnobbing with Frank Sinatra. That handsome guy in the second photo is the same guy as the bulging fellow in the first, after all. Here are some suggestions on how to dress when you got a little more to love in the midsection.

Ralph Kramden would wear short jackets tight at the belly, emphasizing his girth. But if you look at any other photos of Jackie Gleason, he prefers longer cuts, emphasizing the vertical as opposed to horizontal. This doesn’t need to be done with cheap optical illusions like vertical stripes or going for boxier cuts, which actually make things worse. Opt for clothes that drape seamlessly and aren’t so harshly angular, and especially avoid anything that bunches and crumples up. Braces as opposed to belts with your suits can help the seamlessness of your verticals. Remember the classic adage that a jacket should cover your butt. This means, sadly, my bigger brothers, that the Thom Browne look is not your friend. But, really, was it anyone’s?

So many pants, whether trousers, chinos, or denim, have been cut to most resemble the fit of low rise denim, the preferred pants of the casual revolution of the 90s. There’s nothing inherently wrong with this, but, speaking from experience (I’m packing a bit extra myself), when you have some love handles they can push down on low rise pants over the course of the day, no matter how tight the belt, causing a lot of hoisting to avoid plumber’s crack. Try finding trousers and even denim with higher rises. For things like denim look for companies that try to emulate the 1950s cut such as LVC as opposed to more modern stuff like APC.

All those little sartorial nitpicks we talk about here are even more important to keep in mind when dressing for the bigger man. The dreaded upside down V under a button stance on a jacket will make your belly look that much bigger, same with a tie that doesn’t reach your belt buckle. A shirt should still fit your shoulders properly, but that sometimes mean taking out the midsection at a tailor so it buttons properly. The flip side is that boxy or overly full cuts can lead to a lack of definition and enough cloth to swim in, so you’ll need to be mindful of where your clothes are tight or loose. Make sure your shoulders aren’t too narrow and your trouser leg doesn’t taper in too tight, lest you look like a candy apple. It’s about finding a happy medium when you’re an extra large.

Know What You’re Getting

Remember when shopping that most off-the-rack models of clothing are based on a 40R and a 32 waist. While it’s simple enough to adjust those slightly up and down, the design may alter dramatically when going up a larger number of sizes. Think about how wacky some otherwise handsome size 9 shoes look when you get up to the 13 and above sizes. Consider shopping in person as opposed to online to be sure everything looks like what it looks like at your size. Letting something out at your tailor will have its limits, as if you expand the waist of your trousers too much you’ll end up with a wild chasm between your back pockets. Technical stuff, but important to remember.

Take Your Own Cues

There are a lot of “tips” for hiding being overweight like vertical stripes, dark colors, and nothing that draws too much attention. Nuts to that. Wear orange if you want to wear orange. If you’re looking for inspiration you can try the working artist look, which shows you how a baggy cut doesn’t mean boxy or sloppy. Evoke your inner French Riviera yachtsman and try fabrics like linen that look good a little rumpled and draped. Make good friends with your tailor, as they probably have some decent suggestions on what sort of cuts work with your particular body type. Just because you got a little bit extra doesn’t mean you can’t have fun with style. Don’t worry so much about “hiding” anything, but just dress well and how you want to.