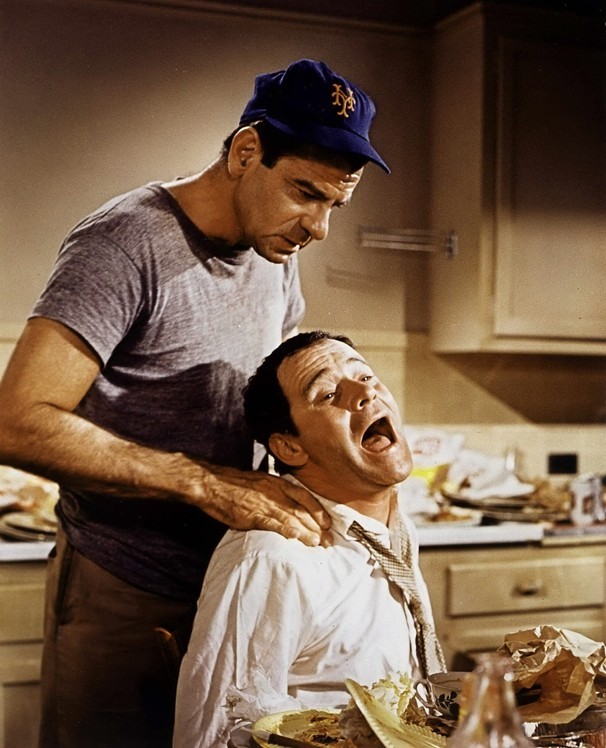 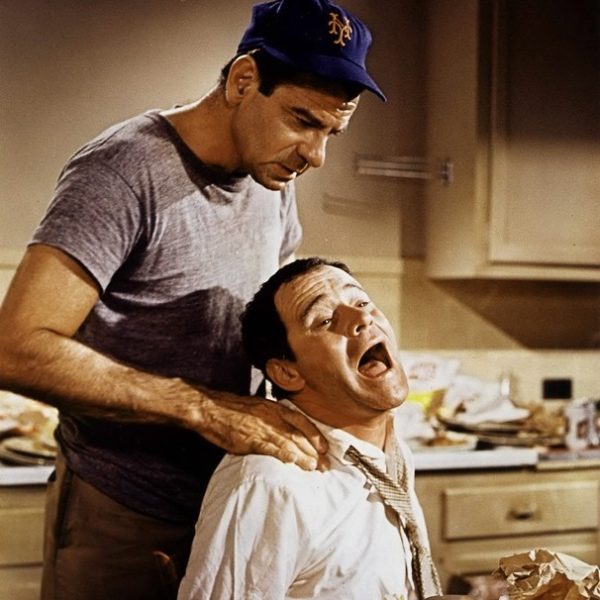 I was watching The Odd Couple the other night, and I was struck by a question: why does Walter Matthau look so good?

If you haven’t seen the film, see it. It’s hilarious. It’s a famous cultural archetype for a reason: because it is so great. You need to know a little background to catch what I’m pitching, though.

In the opening sequence, Jack Lemmon’s character, Felix, tries to commit suicide, and fails, only because he throws out his back trying to open the window he’d planned to throw himself through. He ends up at his friend Oscar’s house – that’s Matthau – mid-poker game, and the place is disgusting. There’s no A/C, and everyone’s a mess and the place is a mess and things are just a mess in general.

Felix is a compulsive neatnik. Oscar is a slob. That’s the Odd Couple part of the story.

So that’s why Felix looks sharp, if conservative. He’s the kind of guy who puts on a tie to go to the bathroom in the middle of the night. And Oscar’s the opposite – wearing the most casual clothes of the day.

But in that opening sequence, Matthau, as Oscar, looks fantastic. As a slob. And I wondered why.

There are two reasons. The first is that Walter Matthau wasn’t a movie star for nothing. He’s immensely charismatic, very handsome (though not traditionally so) and spectacularly charming. I can advise you to work on that in your spare time, but this is a style blog, so I’ll get to the next bit now.

His clothes are simple.

Almost all neutral colors, almost no patterns. No “statement pieces” (other than the ballcap). No words. No pictures. It’s the t-shirt outfit, as appropriate in 1962 as in 2012, fifty years later. And the man looks tremendous.