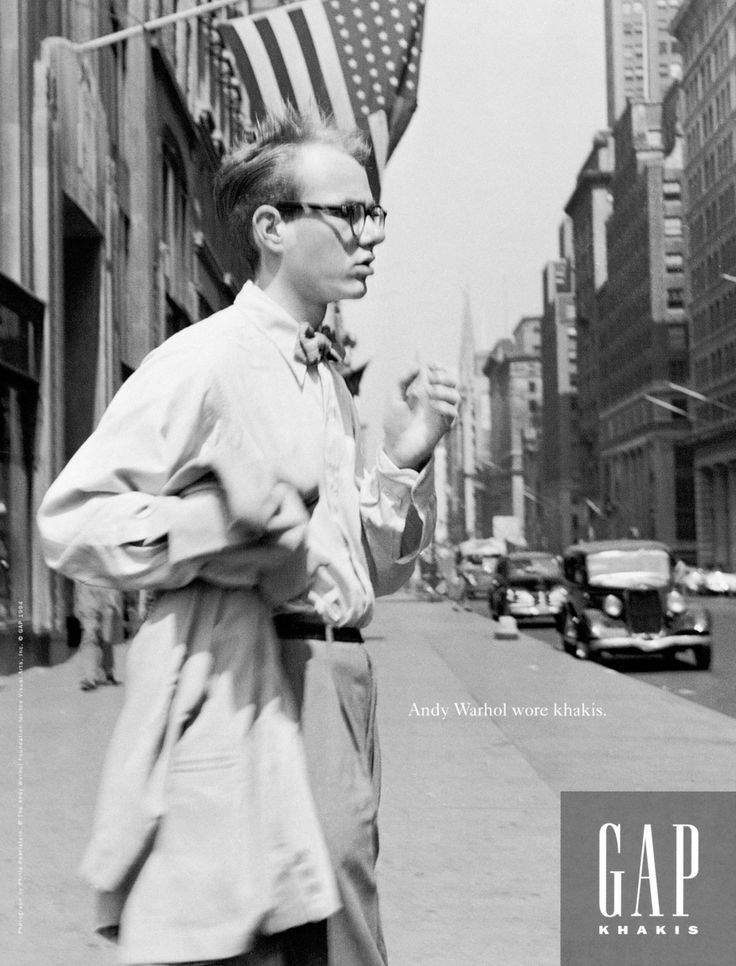 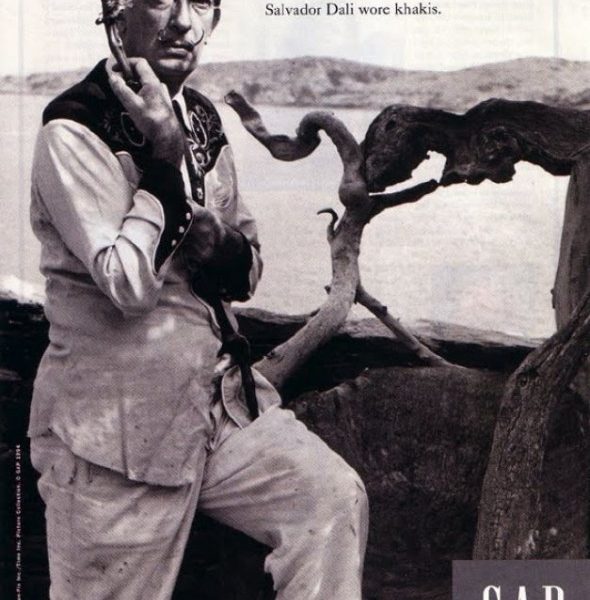 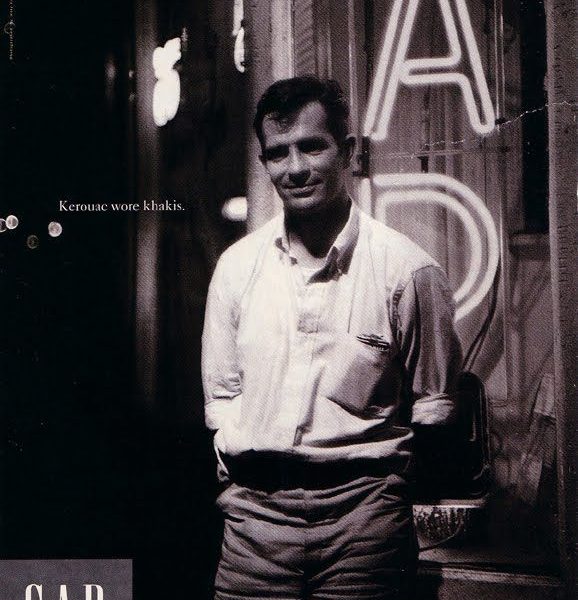 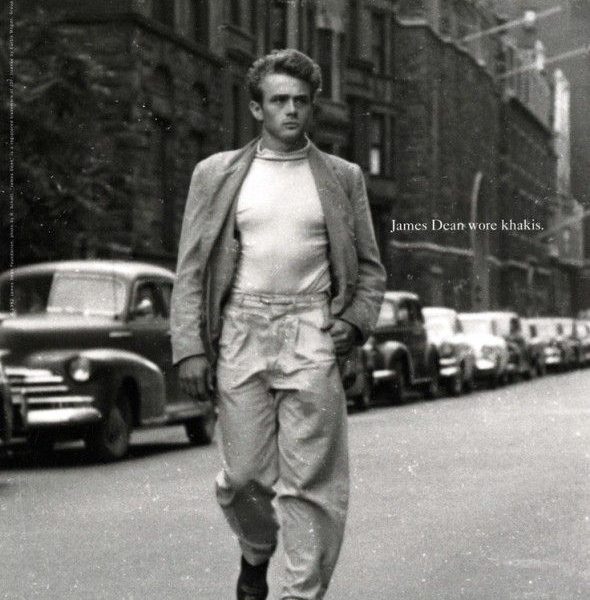 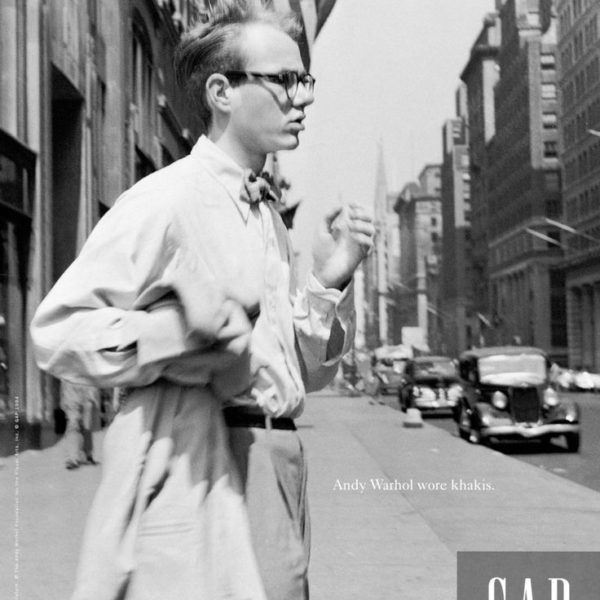 In 1993, the Gap was a dominant player in fashion retail, and their khakis ad campaign foreshadowed menswear blogging by showing your favorite artists and writers (Dali, Kerouac, James Dean, and Warhol above) in archival black-and-white photos, in plain ol’ khakis–a Gap specialty. (Side note: how sure are we that these are khakis? They certainly weren’t Gap khakis.)

Gap’s sales were on the rise, reaching $11.9 billion by the end of the 1990s (for reference, H&M last year had nearly $23 billion in sales). That level of ubiquity was enough to make the Gap the enemy of cool. They made boring clothes and then coopted our icons. In Grand Royal magazine #1 (the first issue of the groundbreaking mag produced by the Beastie Boys), Hugh Gallagher (satirically!!) theorized about Gap’s motives.

If you control the way a person dresses, you control their minds. Radical clothes go hand in hand with radical thought, and thus, the GAP. Gap clothes have almost no style; basic colors, conservatively cut pants, sappy sweaters, soul-absorbing, “basic” white t-shirts, and maybe if we’re lucky, a horizontal stripe or two. These clothes promote a straight, white, lame lifestyle, which is just how THEY want us to be.

He even links the Kennedy assassination.

Into this insidious scheme walked JFK, the first one to stand up to these clothing conspirators. He was a very stylish man, and when the Old Boys tried to initiate the young Senator into the fold, he defied Them. Have no illusions about the assassination of Kennedy; it was a plot perpetrated and carried out by the Gap. The reason? he didn’t wear a hat. At his inauguration, he stood in front of the entire country, his hair blowing gloriously in the wind, waving in a new era of social integration, harmony, and full bodied, manageable hair. Thanks to Kennedy, we got rid of the hat. Unfortunately, he would later die for it.

Gallagher then links it to the future, i.e., now.

Their control will get tighter and tighter, our clothing rights will completely disappear, and by the year 2010–2020, if we are lucky–there will be at most six outfits in the entire world.

We must must wear clashing components, we must be clashing components. Because once they tell us how to dress, they tell us how to think, how to have sex, what to read, what to watch, what music to listen to, and what to think. And don’t wait for the government to throw a pair of Gap pants in your face and say: “Wear these, sucker!” because by then it’ll be too late.

Fortunately, Gallagher’s predictions didn’t come true. It’s nearly 2020 and, browsing fashion magazines and instagram, by my count there appear to be at least eight outfits in the world.