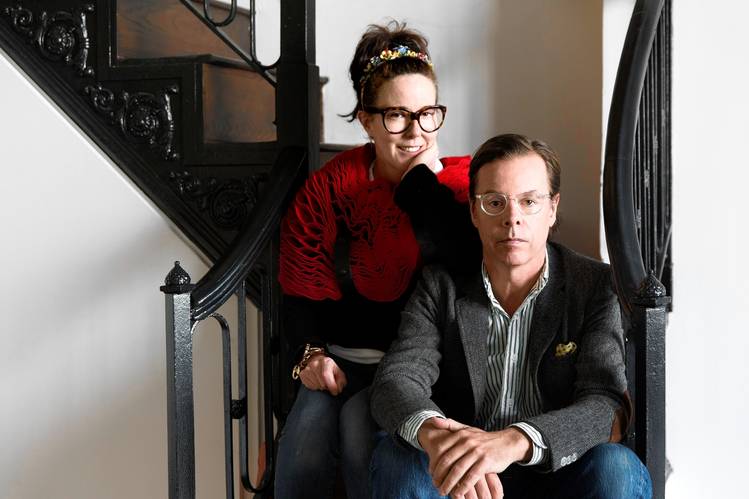 You have likely heard by now that Kate Spade died yesterday. According to reports, Spade died by suicide in the home she shared with her husband, Andy Spade, and their daughter. This is a tragedy, and our condolences go out to Spade’s family.

With her handbag and accessories brand and brilliant advertising and merchandising, Kate Spade played a big part in steering the style of the late 1990s and 2000s. Kate and Andy’s aesthetic valued cleverness, intelligence, and humor, and mined the past for visuals and objects that added up to good taste. For the Cut, Stella Bugbee, who worked at the original Kate Spade shop in Soho, wrote about the lessons she learned there:

To be honest, I didn’t totally fit in, but that didn’t make me love the store any less. You didn’t have to be personally invested in the preppy life to learn a lot working for Kate Spade. I learned that taste can be cultivated and that you can spend years refining it. I learned that aesthetics are their own form of intellect. I learned that even when things are not going well, it helps to have good manners and a sense of humor. I learned that a simple idea, done with conviction, can take you a long way, and that style could be both aspirational and attainable.

Those values, of manners, humor, and attainability, and maybe most of all the ability to develop good taste, are as central to my idea of style as ever. Read more here.

If you or someone you know is feeling suicidal, immediately call 800-273-TALK (800-273- 8255). The national suicide hotline is staffed around the clock. You can also visit SpeakingOfSuicide.com/resources for a list of additional resources.