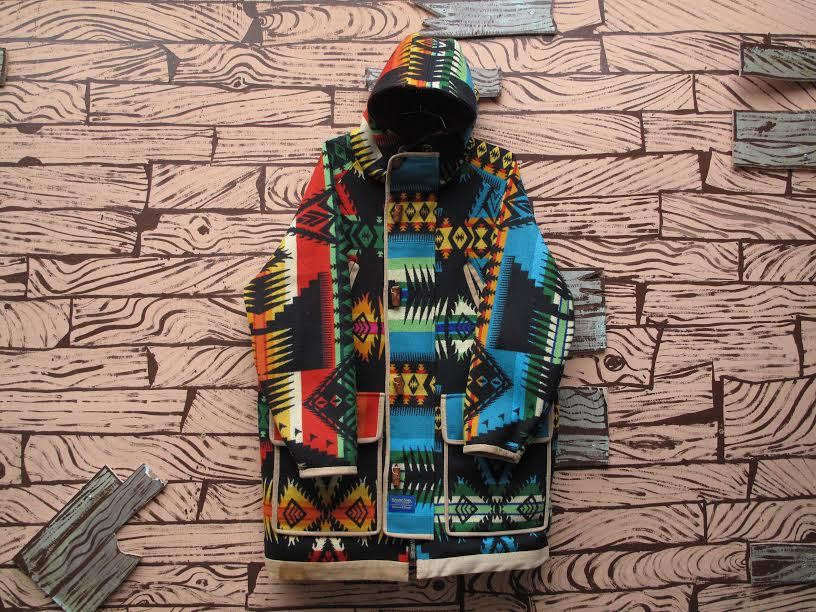 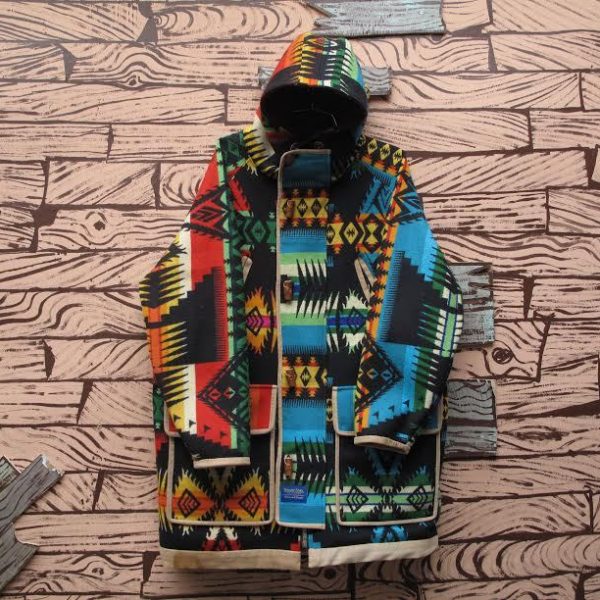 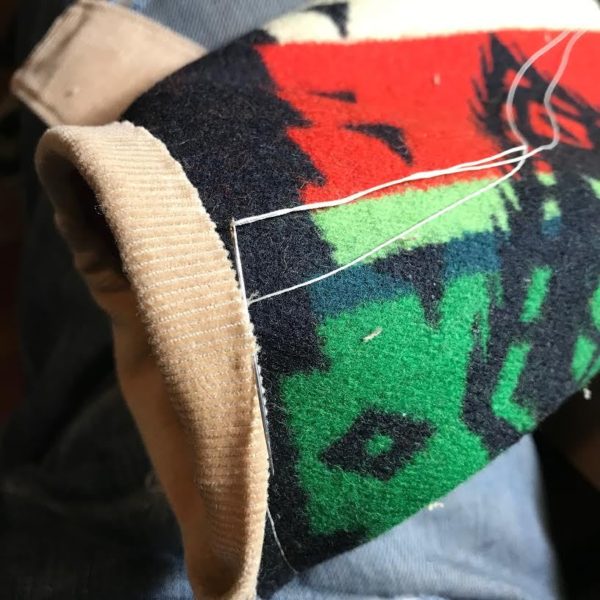 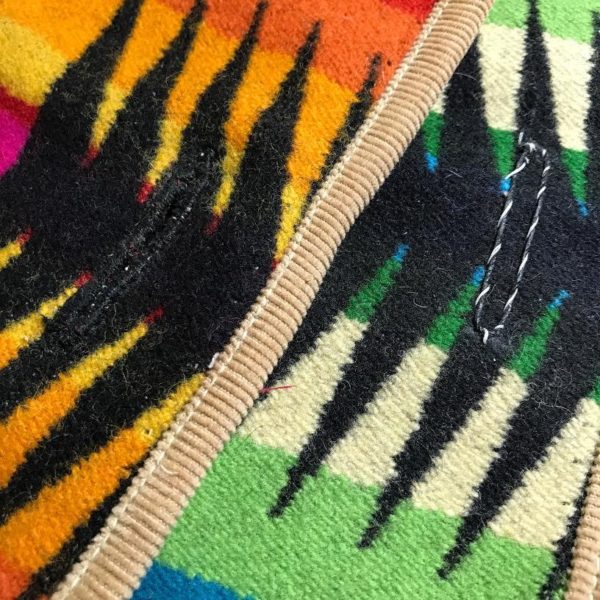 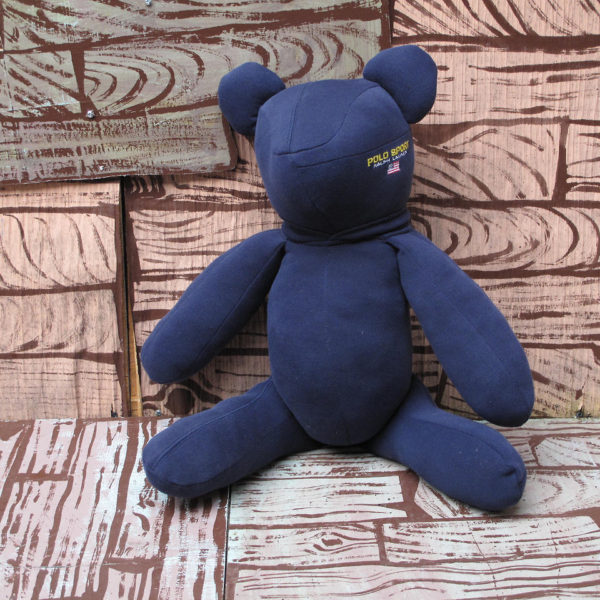 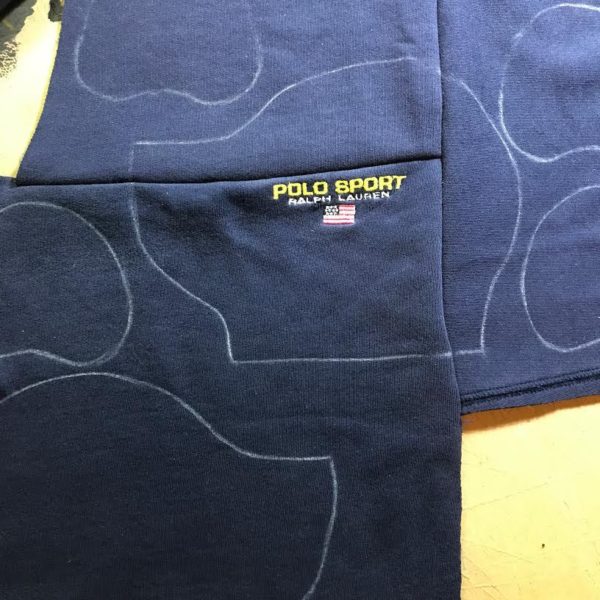 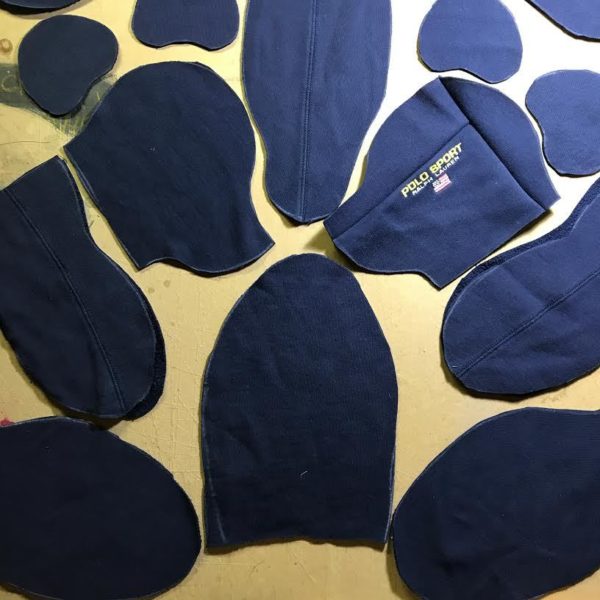 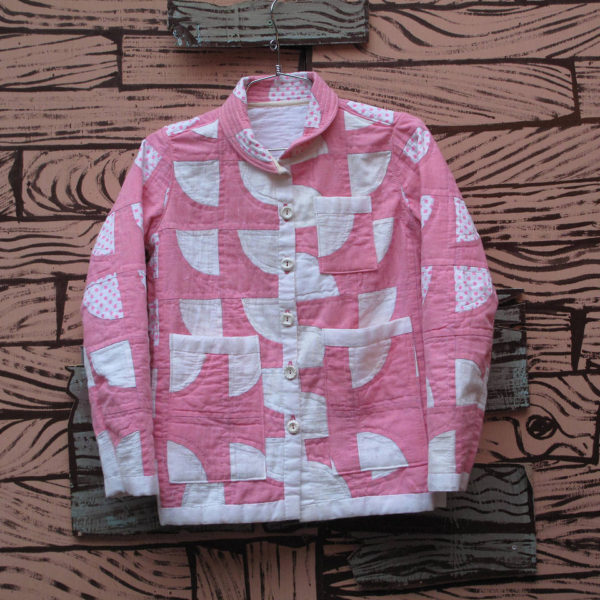 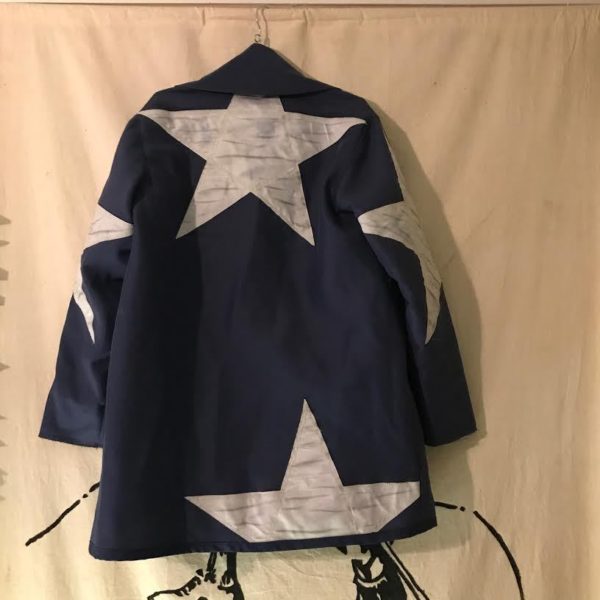 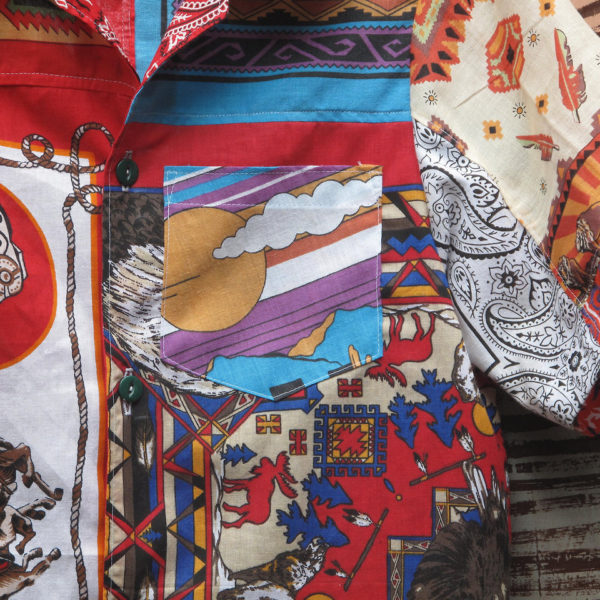 There’s nothing quite like a great vintage find–flipping through hanger after hanger of throwaway junk on a thrift store rack or rooting in a garage sale footlocker and coming up with something special. Especially if it fits. For me, vintage shopping has gotten less fruitful over the years–maybe it’s because I’m pickier, and maybe vintage hounds like Tim Haught have already found all the good stuff and stocked it in their shops, which are full of vintage gold.

Tim lives in Atlanta and runs the vintage shop Countyline General on Etsy, and has also made accessories under the name Warhorse Workshop. (I first noticed Countyline General while hunting for stuff for our eBay roundups). He’s recently started making garments, and the results are intriguing. I talked with Tim about vintage collecting and the reasons why he started taking shears to those amazing vintage finds.

So how long have you been collecting vintage clothing?

I’ve been collecting vintage stuff and antiques since I was in high school [in the late 90s]. Been selling vintage on Etsy/ Ebay for seven or eight years.

How did you get into it?

My
grandfather collected stuff and was a craftsman of various disciplines. I think exposure to his interest in the way things were made, combined
with the study of art and art history, made me interested in
antiques as well as contemporary objects that have been well thought
out, well designed, and well produced.

My immediate family was
not interested in antiques and was probably too poor to focus too much
on stuff like that, but it did seem normal to me to repair things, or
paint things, or reupholster things, which I feel has been lost in how
disposable things have become in our culture. But that definitely
translated into my interest in old clothing and continuing to repair and
wear clothes that are worn out or unwearable due to size or whatever.

I feel like thrift and flea markets were riper targets back
then, but I guess some of that is just time passing and changing the time frame of stuff available.

Thrift stores and especially flea markets are very different now. I
think it’s just the cycle of the age of things. When I was a kid, stuff
that was 30/ 40 years old was from the 1950s and 1960s and people like us saw value in it due either to the production or aesthetics. Today, things that are 30/ 40 years old are from the 1980s
and 1990s and, aside from the occasional designer piece or band shirt,
most of it is garbage. You just have to look so much harder and it seems
like competition is a whole lot stiffer now. So many people buy and
sell vintage.

So at some point you’re interested in how things tick
and you have some basic awareness of how to repair things, including
clothes–is that what led you to creating things for Warhorse Workshop
and to start making new clothing from old stuff?

I think Warhorse Workshop and Countyline General are two different paths and I approached them in two different ways. WW
is more about understanding as much as possible, knowing about
technique and tools and materials and using that knowledge to produce
objects that are beautiful as well as practical. CL is more
about having ideas, needing to express them and learning technique and
process as I go. A lot of it is improvised or changed in process. Details get added or subtracted based on my abilities and resources.

So when
did the light bulb go off that made you decide to move from selling
vintage to making new garments?

I’ll probably sell vintage forever. I really love
it. But I had some ideas and needed to try to get them out of
my head and into the physical world, so I made a bunch of stuff and it
sat around for a while. Eventually I accumulated a handful of things and was finishing something almost everyday, so
I needed to figure something out. So I just added a “handmade” section to
our online vintage store, seeing as we had such a following already.

What was the first thing you made?

I’m pretty sure it was a parka I made from a quilt I found that
was two tones of satin–a royal blue and baby blue. It had maybe
twelve or fifteen panels, and they all had huge red roses embroidered on them;
very similar to a souvenir jacket. It was so beautiful. I immediately
saw it as a parka. Bought it from a thrift store and two days later it
was cut up in pieces on my floor. It’s kind of a combination of a
standard 60/40 parka from Sierra Designs or L.L. Bean and some kind
of western style barn stormer jacket. I get a couple different vibes
when I look at it. Part Liam Gallagher and part Gram Parsons, but it
could also be something your grandmother made for you, and that’s one of
my main objectives. I want everything to have a very homemade feel. Like some one was thinking about you as they made it.

So,  how did you learn how to make something like that?

Almost everything starts off with a pre-existing garment that I reverse engineer. I
usually find something that’s close to what I want, deconstruct it and
tweak the parts I don’t like, and then make a pattern from that. That parka is made straight from an L.L. Bean parka, I just tweaked the fit a little.

How do you determine what trims to use, like buttons, thread, etc.?

I have just as much
of that stuff as I do fabrics and textiles. I have piles of old zippers
and buttons from the ‘50s and ‘60s still stapled to cards. Tons of piping and
bias tape and I always save drawstrings and clips and buckles. So I have a huge collection to pull stuff from.

Where do you see your handmade experiment going? Do you have a lot more
in the pipeline or are you satisfied you made some cool shit out it here?

Not exactly sure. I don’t see this stuff going into a retail
context that I can’t have influence over. Best case scenario is being
able to create an environment where I get to control all the aspects of
the experience, including smells and sounds. All of this stuff has been
very carefully thought out and I want for the entire experience to
express that.

I don’t see being finished
any time soon. I have a wealth of materials to use and I get more all
the time. I have ideas for new stuff every single day. I wrote out a
list of my next ten projects just last night, so regardless of my
ability to get rid of any of the finished stuff, I’ll keep making new
clothes just to get the ideas out of my head and into the physical
world.

Thanks, Tim! Readers can check out Countyline General on Etsy.