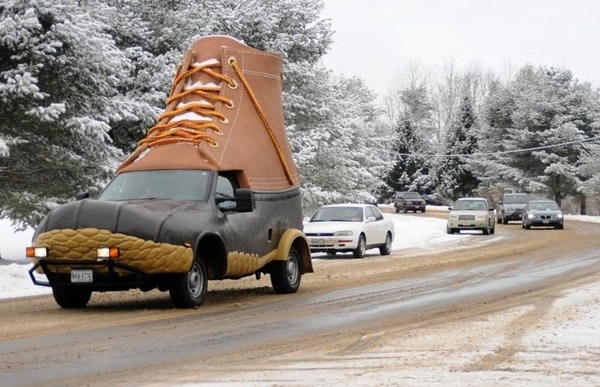 LL Bean has a legendary guarantee. It’s not a 30-day guarantee or even a guarantee against defects. It’s a lifetime satisfaction guarantee, which literally means exactly what it says. You can return any item, at any time, if you for some reason are not satisfied with it.

This American Life did a story a while ago about how cheaters, scammers, and straight-up jerks were abusing that guarantee. And it was costing the company serious money. People would return all sorts of things — 40 year-old flannel shirts, dirty bed sheets that didn’t fit the owner’s new bed, broken chairs that fell off a car because the owner failed to secure it. Some people would buy lawn chairs, use them at concerts, and then return them the next day, effectively using the store as a free rental services. Others would scour thrift stores, buy old LL Bean items for pennies, and then haul their load to their local Bean shop for returns. One person in This American Life’s story returned a half-eaten cookie. Which, to be fair, is better than returning the processed remains of that same cookie.

The company has tried to push back in earnest, such as asking thrift stores to mark the tags on their items, but it’s been mostly useless. The intent of the policy, originally created at the company’s founding in 1912, was to say they stand by their products. But the policy also assumes a sort of good faith on both sides of the transaction — and one side just wasn’t holding up on the deal.

So, the company announced today that they’re changing it. The new policy states that items can be returned during their first year. Afterwards, they’ll only take returns on items that proved to be defective. And customers need to show the original proof of purchase for any returns or exchanges. This is still one of the best return policies on the market, but it’s a sad end to a legendary one. You can read more about the change at CNBC.