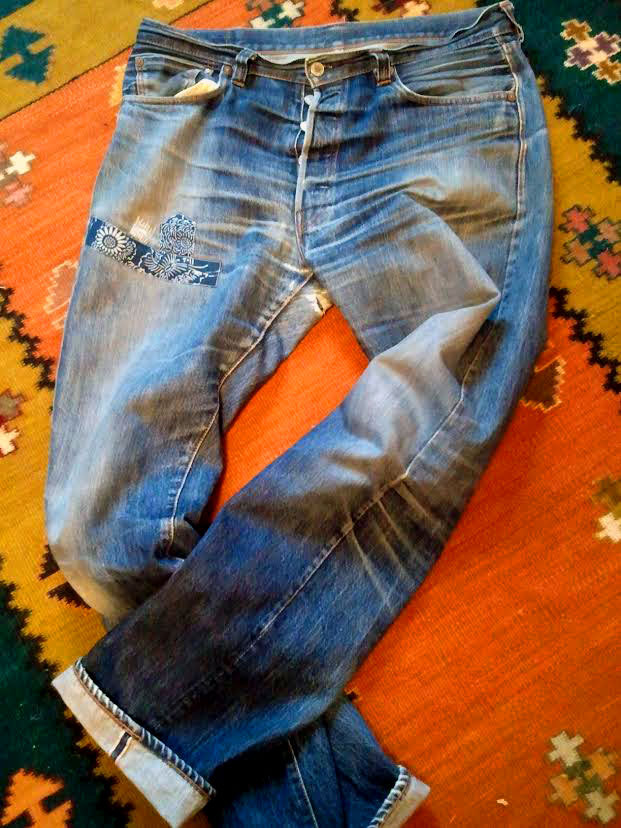 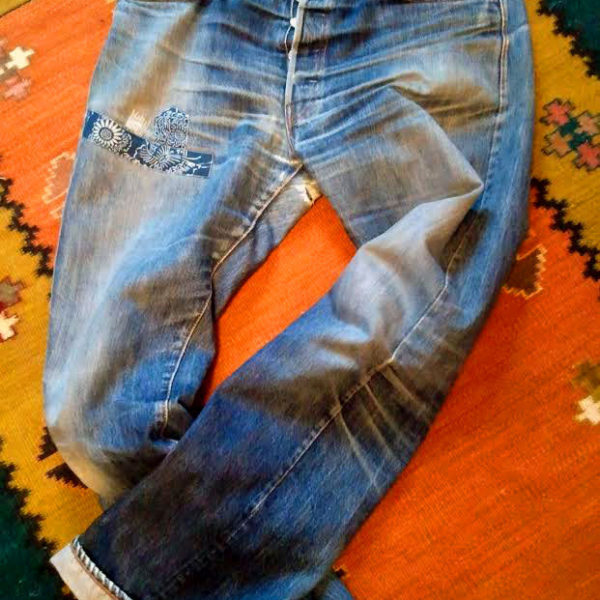 Since my mom got them for me as a Christmas gift in 2009, these LVCs have been my go-to jeans, worn a few times a week. Once upon a time, they looked like this – raw and unwashed. For the first few years they were washed very rarely. For the last year or two, they go in the wash when they’re smelly, but still on cold with dark-clothes-specific detergent.

You can see in this photo that the crotch as worn thin and been patched, as has the right knee. At one point one of the buttonholes started to give way and had to be sewn back up. A month or so ago, the right thigh gave out, and I decided to throw some old Japanese cotton on top that I’d been saving for pocket squares. I did the same for the pocket, which was on its last legs.

As you can see from the stretching in the waistband, I may or may not have gained ten pounds since I bought them. The natural result of fatherhood, I suppose. Still, reinforced as they’ve been, I think they’ll last another few years.