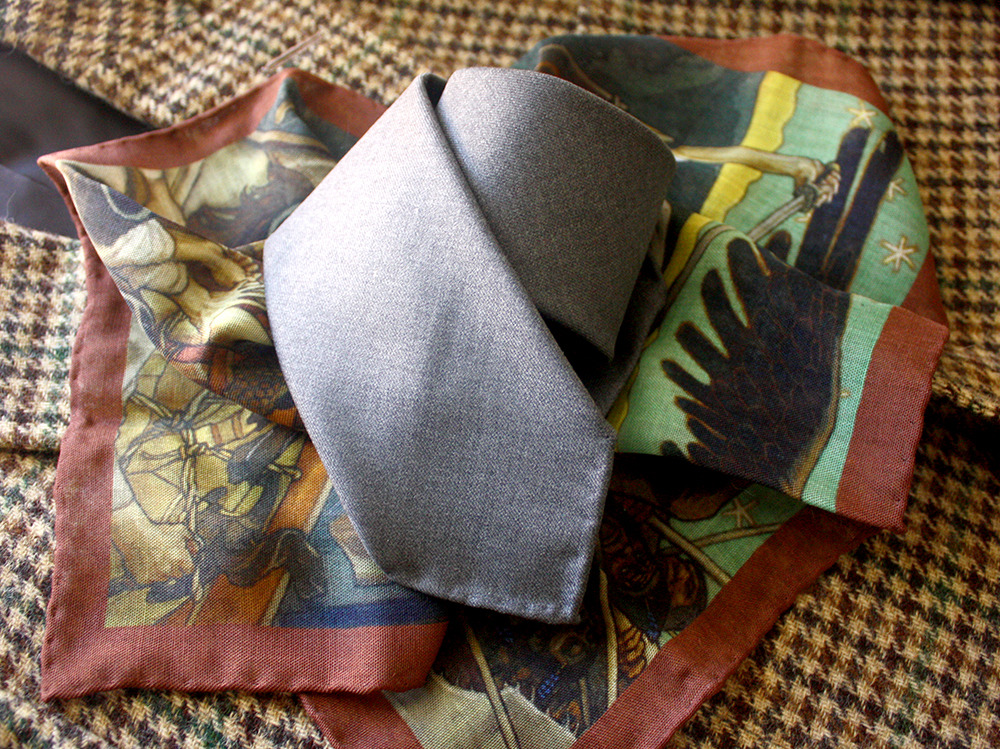 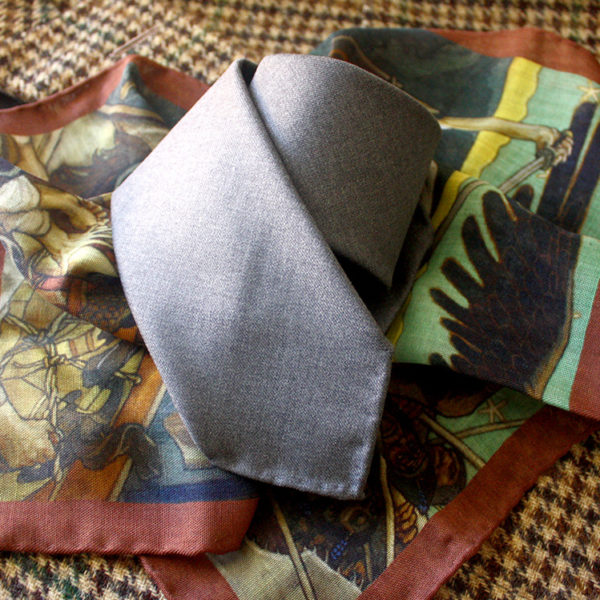 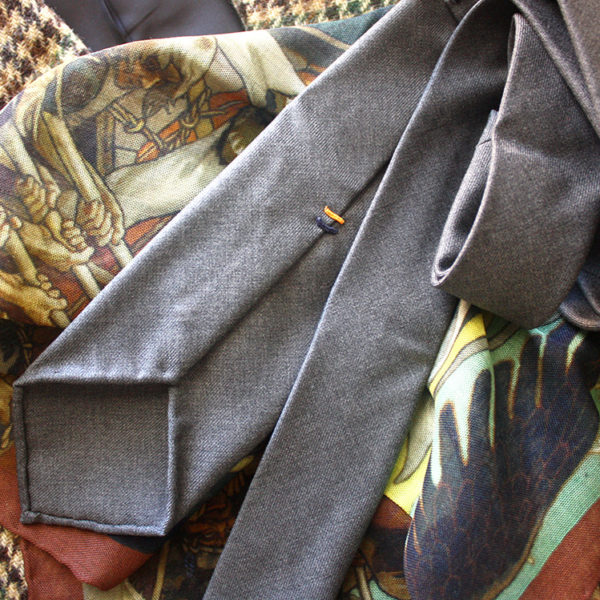 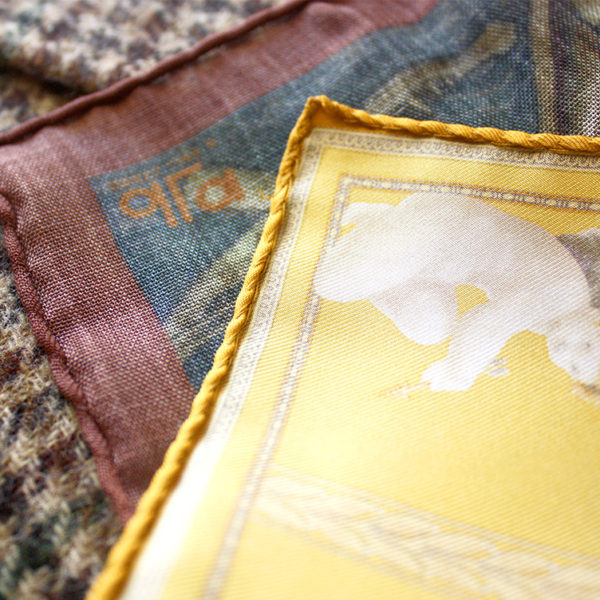 If you’ve been reading menswear blogs for a while, you may be familiar with Dress Like A. The site’s author, Atte Rytkonen, works as a labor lawyer during the day, but doubles as a menswear writer at night. Atte’s own sense of dress leans towards the younger, more Italian side of things – slim cut, softly tailored suits and sport coats, which he pairs with spread-collar shirts and thigh-length overcoats.

Recently, Atte started a new line of men’s accessories and shirts, which accompanies his blog. He loaned us two items for review.* One is a gray wool tie, which is part of a larger collection of Shantungs and grenadines. The other is one of his printed wool-silk pocket squares.

All ties are made from three main components. There’s the outer shell fabric, which is what you mostly see, then an interlining and a brushed cotton pad wrapped between the shell’s folds. The last two pieces are what give the accessory its weight and body – without them, the tie would feel like a floppy ascot. Most people buy ties based on the outer envelope fabric, but what’s wrapped inside can often be just as important (especially when you’re shopping online and can’t handle things). Some interlinings can be a bit stiff and heavy; others soft and lightweight. Good ones will often be made from better materials, which allows the tie to easily relax and shed its wrinkles.

DLA’s ties are on the softer side of things. They’re made with what’s known as a three-fold construction (which means the outer shell itself is folded over three times, a standard number for the industry) and come untipped (meaning the back of the blades don’t have a second layer of fabric). They also use lighter, thinner interlinings, which makes the ties feel more at home with the soft shouldered jackets Atte favors. The ties have a distinctively Italian feel – which makes sense given that they’re made in Northern Italy, just forty miles outside of Como, a region known for its silk and neckwear production.

The pocket squares are made in the same factory. They feature artwork from Finnish painter Akseli Gallen-Kallela, whose work has been important to Finnish national identity (Atte is a Finn himself). The one I was sent, “The Defense of Sampo,” illustrates a passage from the Finnish national epic Kalevala. The colors are nicely muted and show well in a jacket’s breast pocket. I also like how the edges have been nicely hand-rolled and hand-sewn. This isn’t always something you can expect on pricier pocket squares. In the third photo at the top of this post, you can see how DLA’s edges compare to the machine-sewn edge of a gold-colored pocket square I bought from Rubinacci. I love that piece, but the edges could be better.

Everything is nicely done and fairly priced. If I had one criticism, it would be that the tie’s edges are a bit tightly sewn, such as the edges curl forward a bit. To be fair, one of my first “nice” ties – which I bought in the early aughts from Thom Browne – featured something similar. Back then, I liked how the pick stitching showed off the tie’s handwork, but these days prefer something subtler and more gently finished (Sam Hober and Vanda Fine Clothing are especially good at this). Doing so, however, makes the handwork nearly indistinguishable from machine sewing, so maybe it’s a matter of taste.

Naturally, people will want to know how these compare to other brands. DLA’s ties are cheaper than Drake’s, but they feature a bit more handwork. That handwork, however, isn’t as neatly executed as what you might get from Sam Hober, but for that, you gain a bit of Italian provenance (Hober’s ties are made in Thailand, although to exceptionally high standards). They’re also softer than what you’d get from our advertiser Chipp, but more expensive (and don’t come with the same Ivy Style history). For the price, these can be great buys, depending on what you’re after. An Italian-made, Italian styled tie with soft construction and lots of handwork? DLA is one to consider.

* As per our editorial policy, we always return items after reviewing them. Doing so, we think, helps keep these reviews honest.