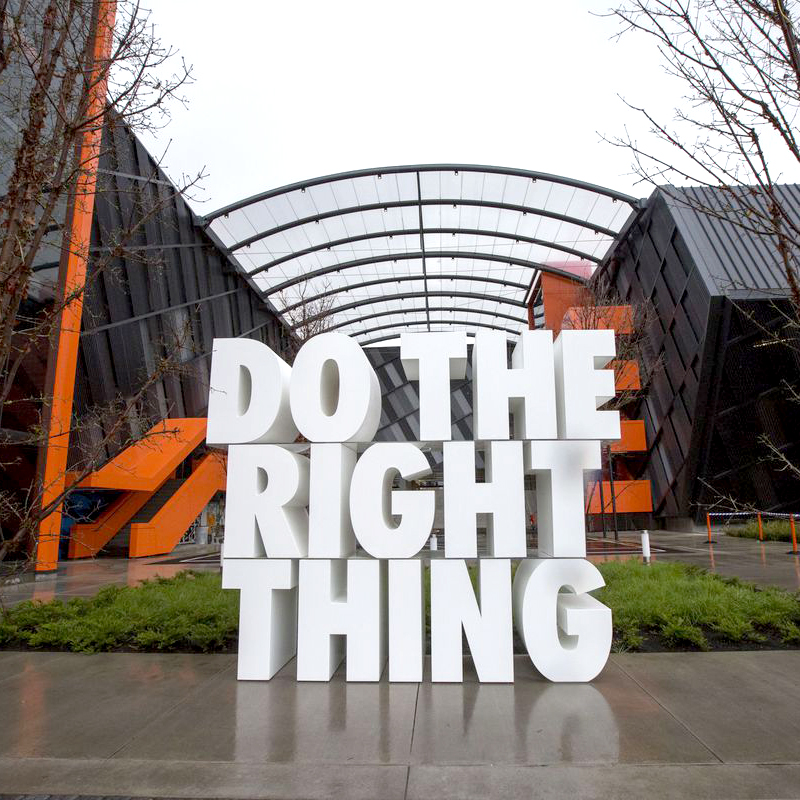 The idea of “keeping politics out of x” has become increasingly difficult, if not impossible, in these highly charged times. While it seemed like the Kavanaugh hearings would be this week’s biggest wedge, Nike dropped a new ad on Monday that took much of the spotlight. It features Colin Kaepernick as part of their 30th anniversary “Just Do It” campaign. Across his black-and-white, close-up portrait, the tagline reads: “Believe in something. Even if it means sacrificing everything.” It’s a clear message that Nike stands with Kaepernick in his protest against police brutality.

Naturally, social media responded with its usual sense of nuance and level headedness. Some people cut the swoosh off their Nike products; others straight up burned their sneakers. This guy set his feet on fire (although, that was a joke). And overnight, wearing Nike has suddenly become a political statement.

Fashion is often used as a political tool, whether it’s punks wearing anti-Establishment patches or when women first put on trousers. But until recently, it was rare for so many major clothing companies to get involved in various fights directly. Brands, fashion or otherwise, are usually tepid about taking controversial stances that may affect their bottom line. If they do any political work, it’s often on charitable, market-tested, and people-pleasing causes (such as TOMS offering shoes in industrializing countries). These days companies seem much more keen or unafraid to wade into more controversial territory.

This is basically the new world we live in. Even the most banal consumer items can get wrapped up in a media snafu. Think back to when people were breaking their Keurig machines after the company pulled advertising from Hannity. With social media being an incredibly fast way to disseminate information, we can get access to corporate donation records or sound bites from normally anonymous board members, resulting in In N’ Out Burgers being boycotted by liberals or, another fashion-related, although incredibly stupid example, New Balance being adopted as the sneaker of white supremacy.

Oftentimes, brands don’t intend to enter the political sphere but end up there anyway. LL Bean was pulled into the mix when it was revealed that one of the company’s heirs, Linda Bean, donated $60,000 to President Trump’s campaign (LL Bean insisted one board member’s views didn’t represent the company, and a month later, came out against the Muslim travel ban). Now, a couple years after the election of Trump, we are seeing more brands get ahead of this phenomenon and work to control their narrative. 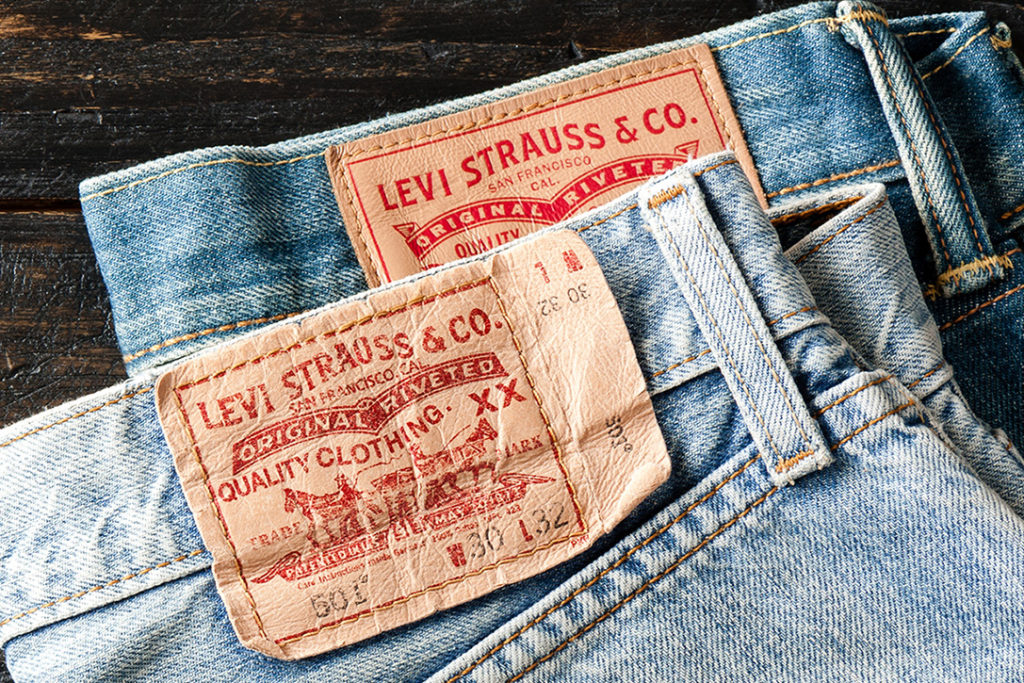 Yesterday, Levi Strauss’s CEO and President Chip Bergh wrote in Fortune that the company is launching some new initiatives aimed at preventing gun violence. Levi’s is giving more than $1 million in philanthropic grants over the next four years to fuel the work of nonprofits and youth activists; partnering with Everytown for Gun Safety and executives to form Everytown Business Leaders for Gun Safety; and doubling their usual employee donation match to organizations aligned with gun safety initiatives. An excerpt from Bergh’s article:

In November 2016, I wrote an open letter requesting that gun owners not bring firearms into our stores, offices, or facilities, even in states where it’s permitted by law. This was following an incident in one of our stores in which a customer accidentally shot and injured himself while trying on a pair of jeans. While that was bad, it could have been worse: The bullet could have killed him, another customer, or one of our employees.

In the days after I published that letter, I received threats to our stores, our business, and even on my life. It was unsettling. But these personal attacks pale in comparison to the threats that activists and survivors from Parkland, Sandy Hook, and daily incidents of gun violence face every time they speak up on this issue.

As president and CEO of a values-driven company that’s known the world over as a pioneer of the American West and one of the great symbols of American freedom, I take the responsibility of speaking up on the important issues of our day very seriously. We can’t take on every issue. But as business leaders with power in the public and political arenas, we simply cannot stand by silently when it comes to the issues that threaten the very fabric of the communities where we live and work. While taking a stand can be unpopular with some, doing nothing is no longer an option.

That’s why Levi Strauss & Co. is stepping up our support for gun violence prevention. You may wonder why a company that doesn’t manufacture or sell guns is wading into this issue, but for us, it’s simple. Americans shouldn’t have to live in fear of gun violence. It’s an issue that affects all of us—all generations and all walks of life.

It should be noted that Nike and Levi’s are both global brands. So while they’re taking a position on highly charged issues (a recent Wall Street Journal poll found 55% of Americans are against NFL players kneeling), they don’t solely depend on the US for sales. 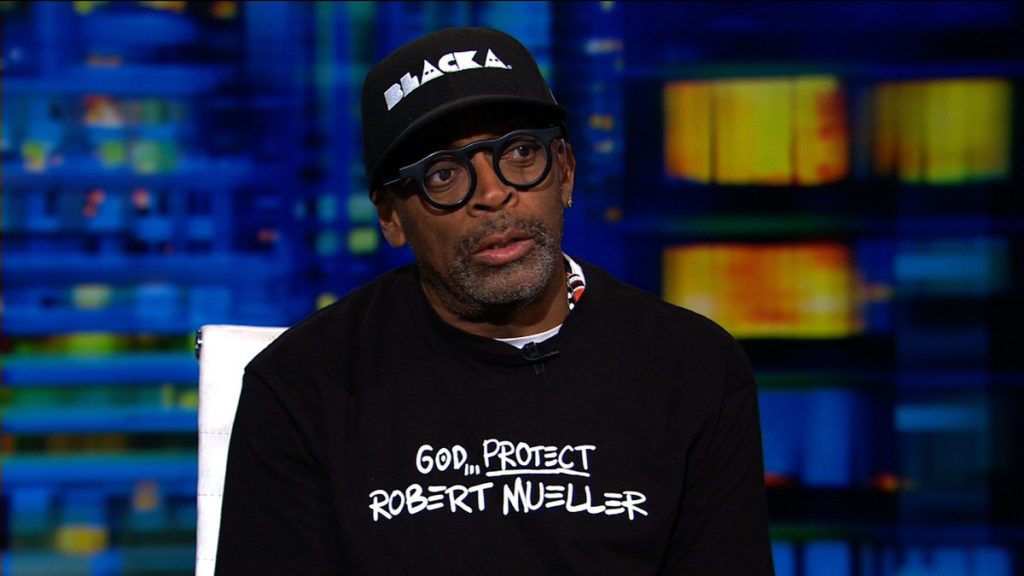 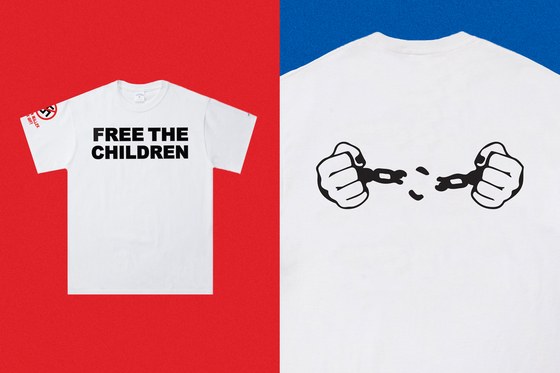 Meanwhile, smaller brands such as 3sixteen, Noah, Robert Geller, Supreme, and Epaulet have joined causes to help reunite families separated at the southern border. And leading streetwear brands and boutiques such as Union and Undefeated recently collaborated on a pro-Robert-Mueller tee, with profits going to boost civic education.

Reception has been mostly positive, but it’s not been without some backlash. Over on 3sixteen’s Instagram post, where they announced they’re donating some of their profits to Kids in Need of Defense, comments accused the company of “virtue signaling.” Union’s page is filled with things such as “shut your damn mouth.” “‘Stick to clothes’ is the new ‘stick to sports,'” Johan Lam of 3sixteen tweeted the day after the company’s announcement went live.

For the most part, it seems like calls to boycott have been largely ineffective, and if these positions have had any effect, they’ve made brands seem more personable to people who agree with them. A good example is when Patagonia came out in defense of national parks and saw their fleece sales boom in reaction.

It’s easy to assume that all this is a crass ploy on the part of companies to boost sales using of-the-moment hot button issues. But it’s also probably naïve on a brand’s part to think they can stay out of things. Just about everyone’s political consciousness has been elevated in the Trump era and, in turn, we have all become more conscious of who and what we support, even in the most indirect ways. Being politically aware is pretty much non-negotiable at this point. Whereas most companies would have stayed quiet on the wedge issues of the day and tried to appeal to anyone with a wallet, many are more willing nowadays to take a stand. The quote over Kaepernick’s face reads: “believe in something, even if it means sacrificing everything.” Whether or not Nike actually loses much over this campaign, they come across as if they’re willing to sacrifice something for what they believe is right. Nike’s stock has taken a dive following Kaepernick’s ad debut, but it’s still early to tell if that’s going to stick. Either way it sure as hell got a lot of people talking about Nike.