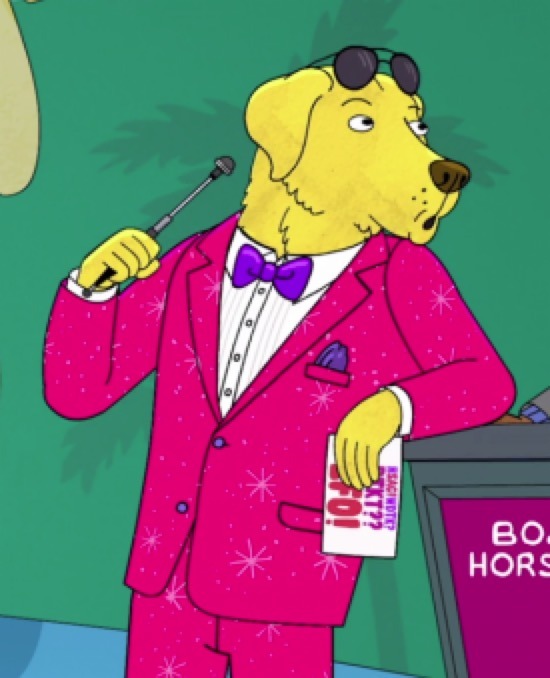 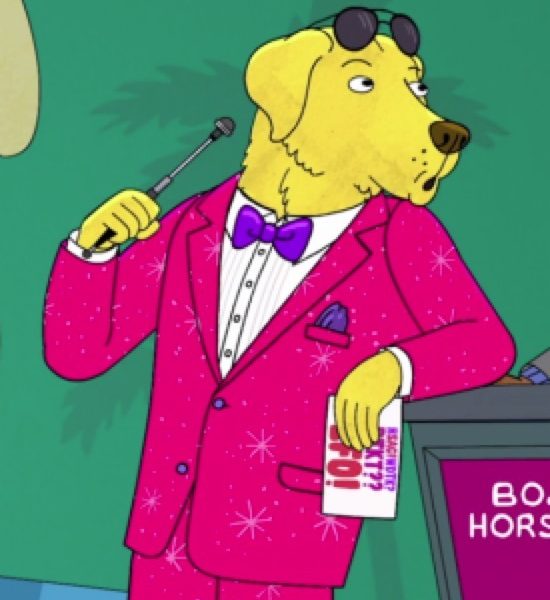 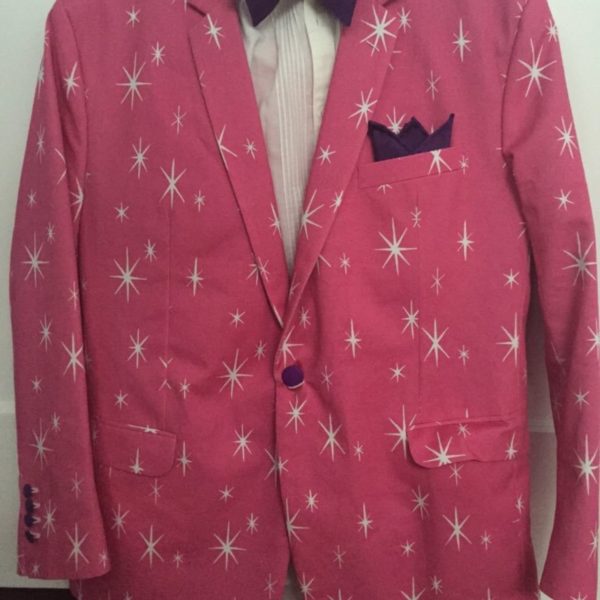 Comedian Paul F. Tompkins is one of the stars of the very funny Netflix series Bojack Horseman. He plays a charming dog-man named Mr. Peanutbutter. Artist Lisa Hanawalt is the production designer for the show, and one of her signatures is insanely detailed clothing – in fact, she designs textiles IRL.

Paul was so taken with one of his character’s costumes, a spangled fuchsia suit, that he had his tailor recreate it in real life. It looks pretty spectacular, and Paul’s one of the few people I can think of with the panache to pull it off. Well played.