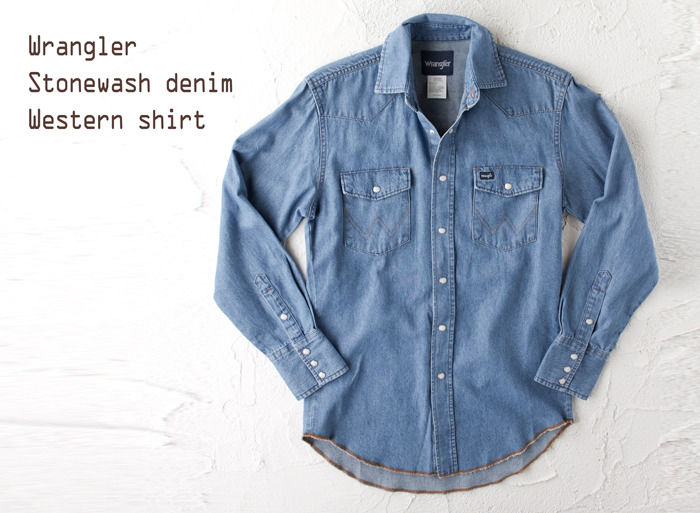 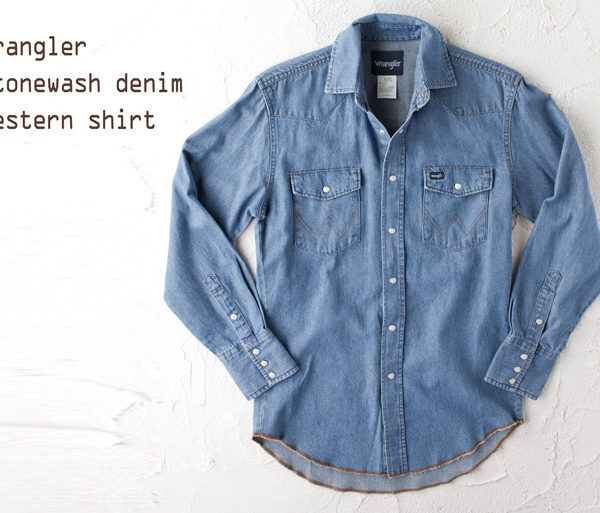 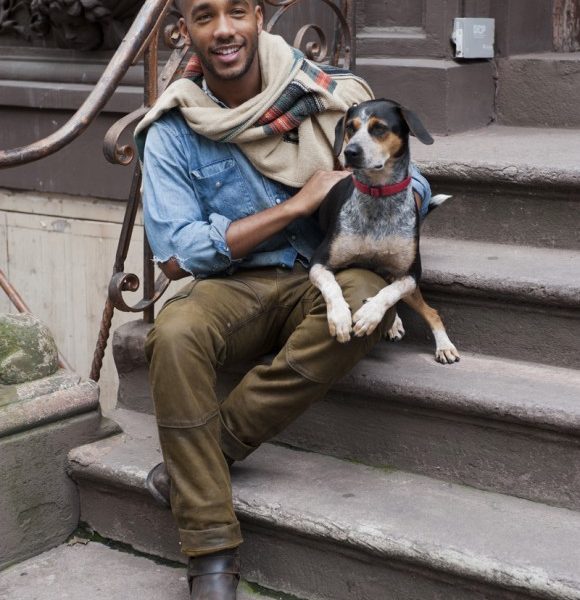 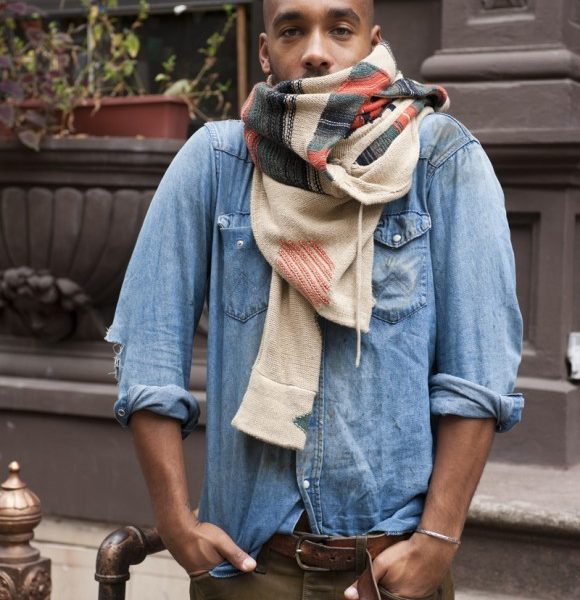 It’s so great when you come across something you love, but doesn’t cost an arm and a leg. Especially in today’s world, where the price of men’s clothes can be absurd.

A couple of weeks ago, my friend Agyesh was in town. He’s the owner and designer behind Stoffa, a new line with a dressier take on casual outerwear, trousers, and accessories. Agyesh is one of the most stylish guys I know, and when we met up, he was wearing something similar to this: a sand suede bomber jacket with some tan chinos, both from his line. Instead of that white pullover, however, he had a snap button, denim Wrangler shirt.

I’ve been noticing that shirt a lot in the last year. Lawrence Schlossman wore one in an old episode of Fashion Bros. Marcus Allen had one on in his feature at Articles of Style (pictured above). Theirs are vintage, however, so I just figured Wranglers fit trimmer back in the day. Frankly, Wrangler’s current website doesn’t inspire much confidence, so I assumed this might be one of those all-too-familiar menswear stories: great heritage brand sells out, giving up on once-great products for things you now find in the back of some JC Penney rack.

Well, that story is sort of true. Wrangler’s shirts are made in Bangladesh, often from fabrics that have been woven there as well. The hems and interior seams are roughly finished (you can see the overlock stitching in the first photo above) and much of the company’s line is garbage (these two chambray shirts were a real disappointment).

Their stonewashed Western denim shirt, however, is great. It’s still made in South Asia, but the fabric is hefty and soft. The shirt tail is long enough to keep your shirt tucked in throughout the day and the “cowboy cut” is surprisingly trim. Best of all: it’s $29 on their website, $23 right now on Amazon. That’s a lot more affordable than similar shirts from Buck Mason ($145), RRL ($225), and Saint Laurent ($690, lol). Heck, even Levis sells theirs for $65.

I’ve been wearing mine so much that I recently picked up another. The snap-button, Western style goes great with field jackets or bombers, although I’ve been mostly using mine with this Ten C liner or wearing it on its own.

For a bit of added style, you can take something from Agyesh’s playbook: cut the collar off and give the shirt a band collar. If you want a clean finish, give the shirt to an alterations tailor and have it professionally done. If you’re OK with something a little rougher, however, you can just do it at home. Cut the collar off with a pair of scissors and stay close to the seam (but don’t go below the seam, as you want the collar band to stay intact). Then burn off any loose threads with a lighter. In the end, it should look something like this.

(photos via Articles of Style and Coc)