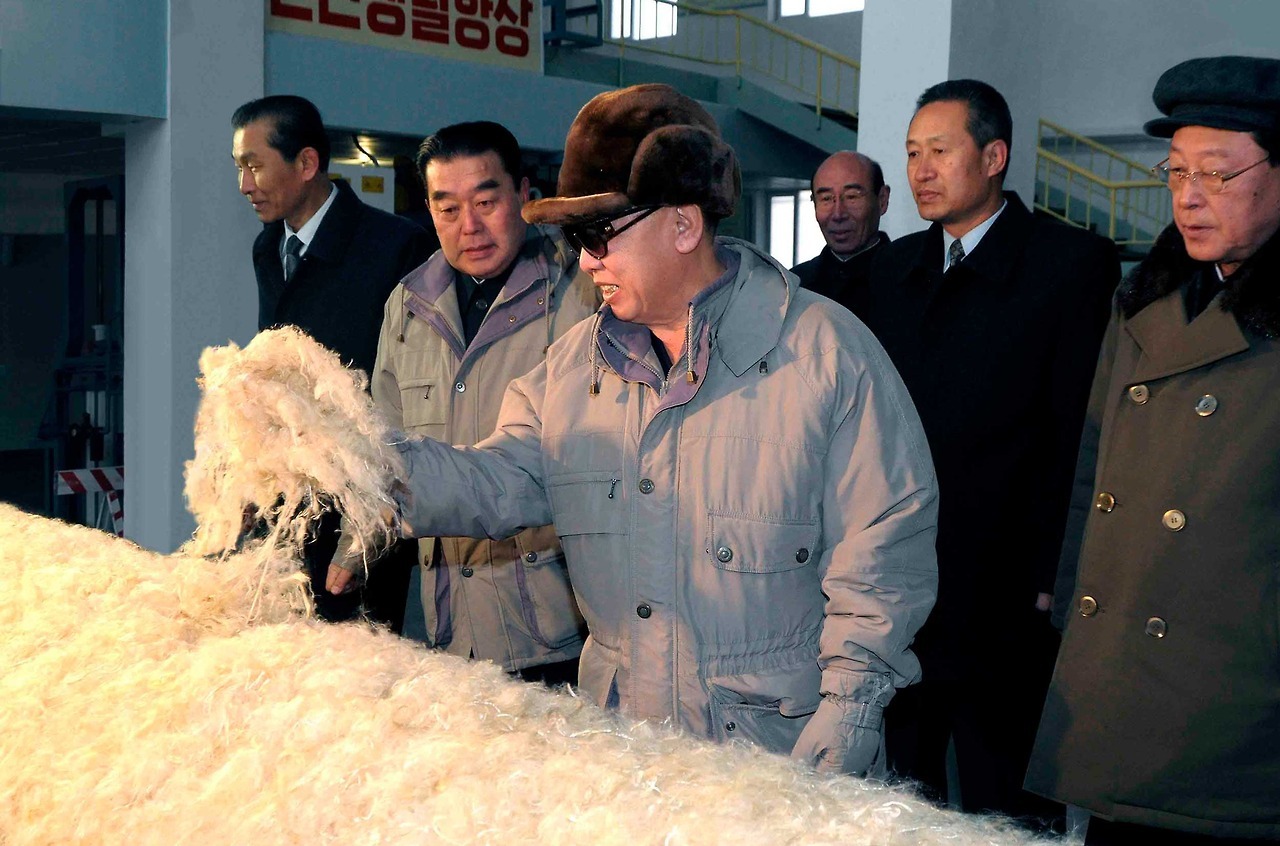 This might stretch the boundaries of what we talk about here at Put This On, but Reuters has one of the most interesting — albeit depressing — stories about fabric production I’ve ever read. It’s a story of how a scientist found a way to spin yarns from limestone. Called vinalon, it has the texture of cotton, but is a bit stiff and hard to dye. The upside: it’s very strong. People in North Korea today still use it to make mops and fishing nets, although nobody really wears it anymore.

The history of vinalon tracks North Korea’s own history, a country caught in geopolitics during the Cold War and has been led by a series of tyrannical, messianic leaders preaching nationalism. Kim Il Sung, founder of the country, called vinalon the “juche fibre” — juche being a Korean word for Kim’s vision of national self-reliance. An excerpt:

For much of the world, it’s a niche product. In North Korea, where winter temperatures are frigid and which cannot produce enough cotton or wool for clothing, the synthetic fibre developed after nylon was glorified as a revolutionary invention. Known outside North Korea as vinylon, it was christened “vinalon” by founder Kim Il Sung. He ordered it be developed to put clothes on people’s backs.

North Koreans called vinalon “the King of Fibres” and featured it in cartoons to teach children how independent and successful the country was. But in reality, the fabric’s limits were emerging. It was not good at keeping people warm. And power was becoming a problem. By now, oil was cheap in the West and the outside world was using it in abundance for energy, transportation and synthetic materials.

North Korea had no oil reserves for making vinalon or powering its factories and Pyongyang depended on oil imports from the Soviet Union. Even so, Kim Il Sung said North Korea must be independent.

On July 8, 1994, Kim Il Sung died from a heart attack. His son Kim Jong Il took over, but within a year, Pyongyang was forced to ask international humanitarian agencies for aid.

Hamhung was hit by a flood and received no coal. It suspended fibre production. There was no work. Residents from Hamhung said vinalon became the basis of an exchange scheme to survive. It was a similar story across the country.

Famine killed as many as 3 million North Koreans. North Koreans still call those years the “Arduous March,” a term introduced by the official media to stir the starving.  Defectors say people took machine parts, as well as pure nickel and copper from wires and pipes, to informal markets.

“People ripped machines into metal parts from the vinalon factory, smuggled and sold them … some of them were publicly executed. … Production lines stopped rolling … workers starved to death,” said Jeong Jin-hwa, 53, who defected to the South in 1999.

Despite the failures of vinalon, North Korea’s Kim Jong Un laid out a new plan this month to revamp its production complex. You can read the whole Reuters story here.