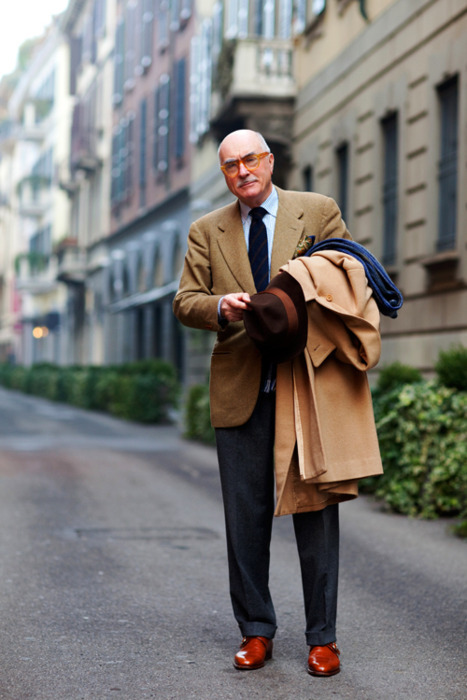 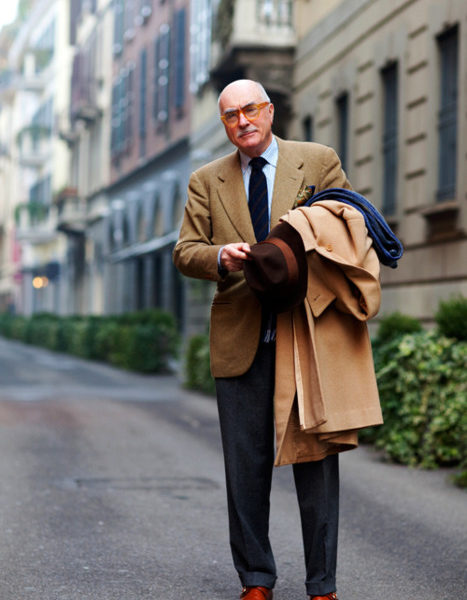 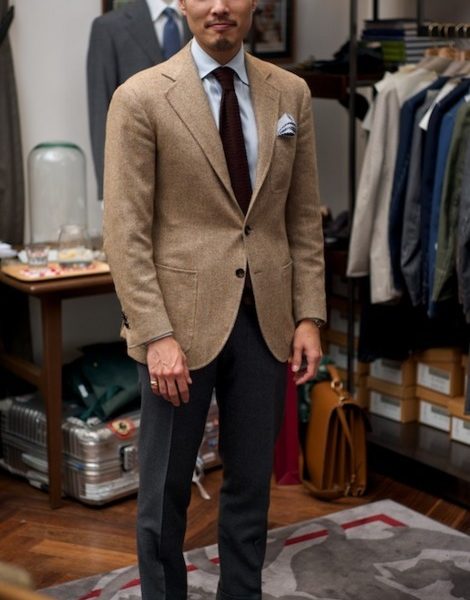 When you’re first starting to build a wardrobe, it’s not difficult to suddenly discover how useful solid gray trousers are. They can be worn every day of the week without anyone commenting, and successfully be paired with almost any kind of jacket. It’s tempting then to get them in almost every shade imaginable, but let me forewarn you: the darker the gray, the less useful the trousers, especially as you approach charcoal.

That’s because charcoal trousers have a limited range of what jackets they can be teamed with. There are two that I can think of: the first are certain shades of light to mid-brown, as seen above. However, the darker the brown, the less contrast there will be between your trousers and sport coat (which is bad). That lack of contrast, incidentally, is why navy sport coats should never be worn with charcoal trousers, and given the usefulness of navy jackets, this fact alone should be cause of some concern.

You can also wear grey jackets that are light enough to lend contrast, but there aren’t too many in this category that look good. The ones that come most easily to mind are herringbone tweeds and speckled Donegals. For whatever reason, grey sport coats tend to not come in the kind of variation we see in brown or navy. And what else can you wear with mid-grey sport coats? Not your mid-grey trousers, which are you workhorses.

The fundamental problem, really, is that dark trousers in general, and charcoal in particular, tend to force you into light colored sport coats. The convention, of course, is the opposite: men wear light to mid-colored trousers with dark jackets. By inverting this, you’re limiting your shopping choices and potentially any advice on how to dress well that you might find useful. Charcoal presents another problem in that in certain fabrics, it can be mistaken for suiting, which might lead people to think that you spilled something on your suit jacket and had to change out of it.

Certainly, if you have fifteen or twenty trousers already in the closet, having one pair in charcoal wouldn’t hurt. I have a pair of charcoal flannels that I like to wear with tan sweaters every once in a while. But having one pair of pants that can only be worn with two types of sport coats, one of which is difficult to pair with other trousers, is unwise for anyone starting out. Better to stick with light- to mid-grays, which can be worn with a much wider range of garments. For those who have limited means, doing the second instead of the first is the difference between building a wardrobe and building a collection of outfits.

(Photos via The Sartorialist and Ethan Newton)