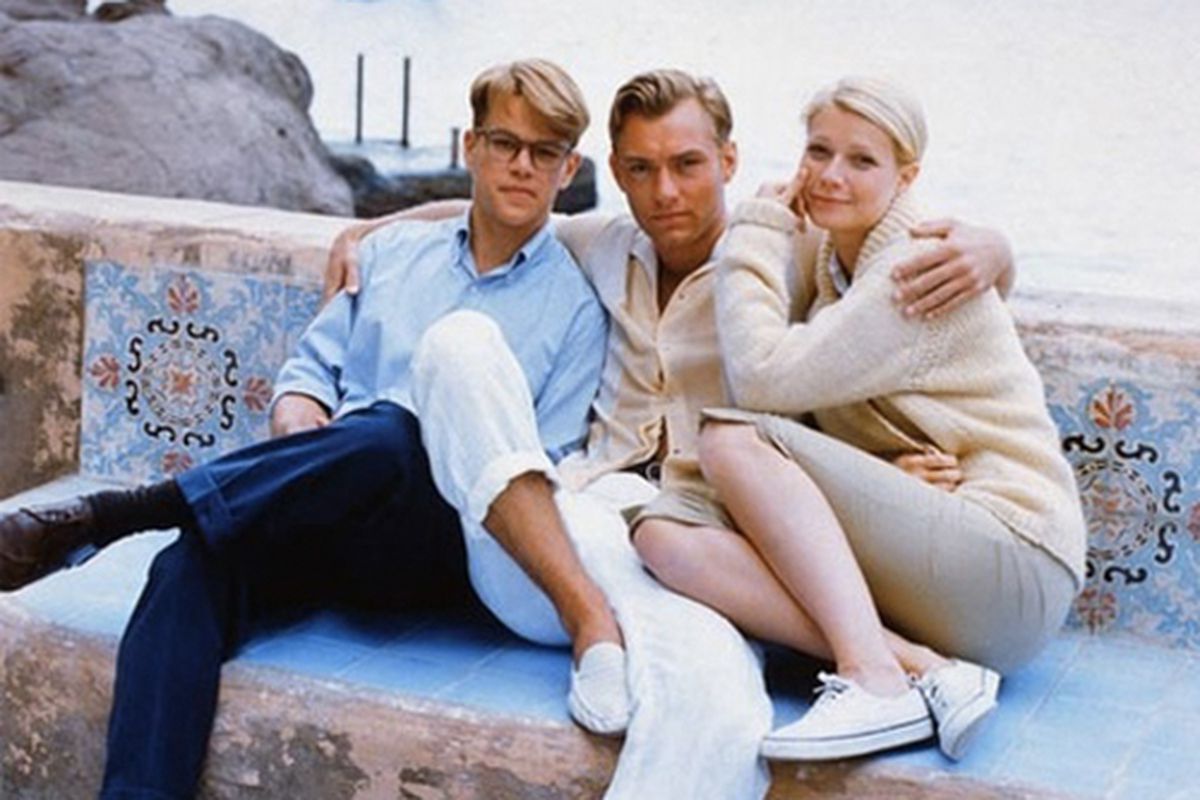 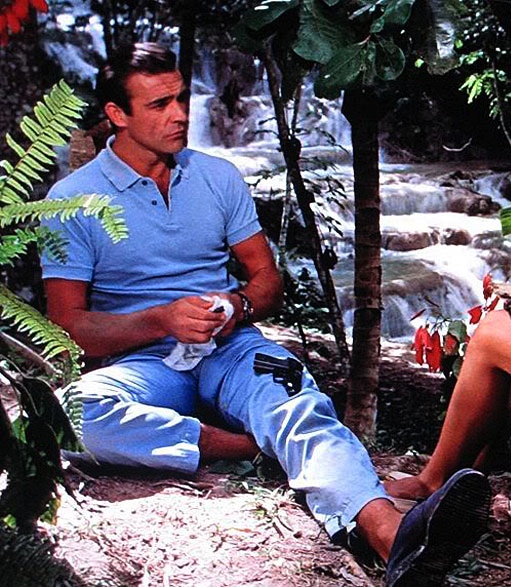 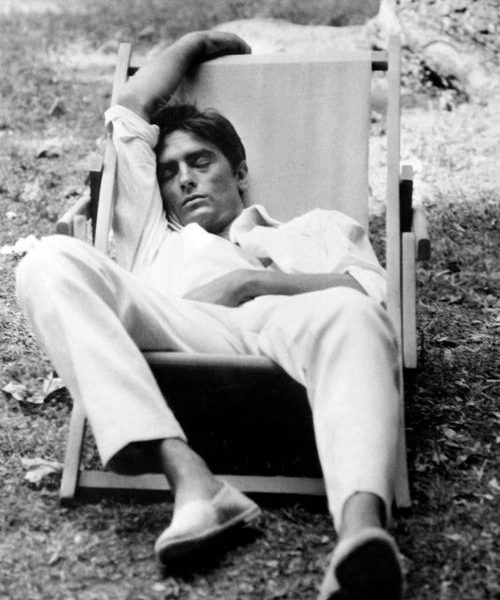 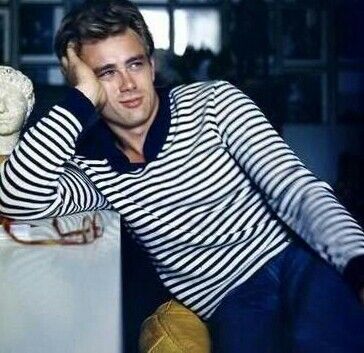 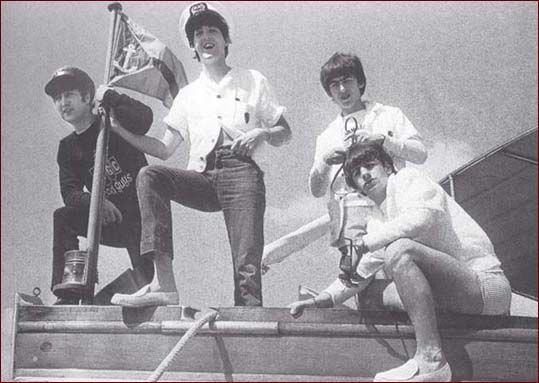 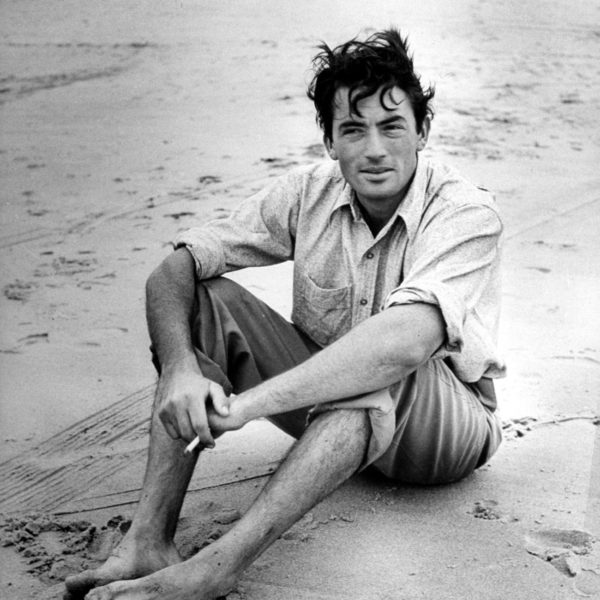 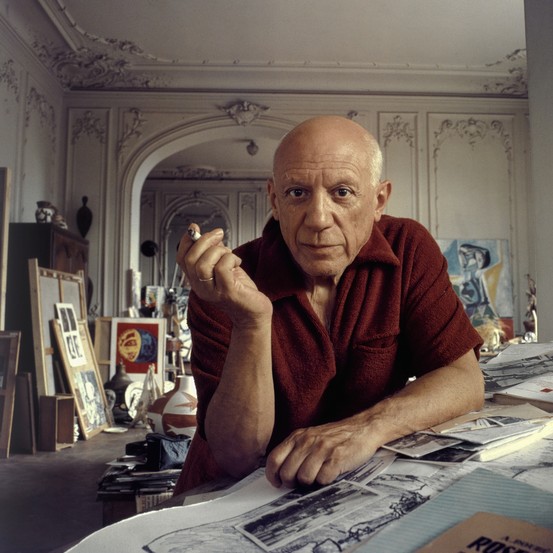 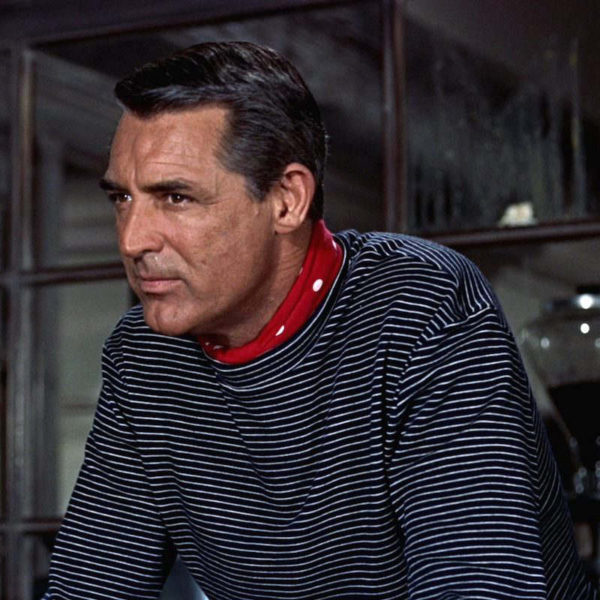 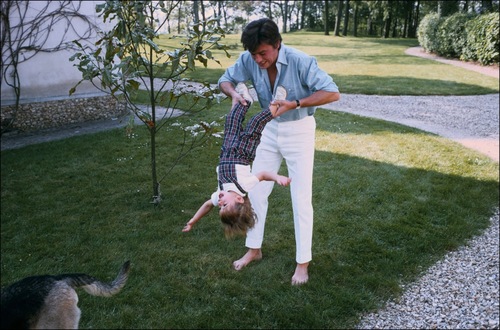 Look, it’s dumb hot out right now. It’s tempting to raise a middle finger to the sun, wear some shorts and a tee, and call it a day. But there are some who have been dressing well in the heat for generations. Call it “Riviera style” or “Bond villain chic” or “that money-older-than-most-countries look,” but the aesthetics of having a yacht docked somewhere by Cannes is one of the best summer looks. So here’s how to make it work for you.

Riviera style’s influences range everywhere from well-heeled Brits going on vacation to Mediterranean sailing culture. You may be familiar with it from some sun-kissed movies such as The Talented Mr. Ripley, in which Jude Law has linen for days, and more recently in Call Me By Your Name, which had an American tinge. This style has two modes — one wet, one dry. The aquatic part is focused around swimming and looking damn good while chilling at the beach. The landed part is for lounging on villa patios or heading mildly inland for a cappuccino.

Let’s begin by getting your feet wet. Swimwear is the hallmark of this look, and it should be tailored and short, hitting just above mid thigh, and preferably made with side tabs and a working fly as opposed to an elastic waist. They should look more like shorts than board shorts. A minimal color scheme — solid with a stripe or two — is preferable to a full-out pattern. When you’re out of the water, a good, thick layer should help you warm up and dry off. Terry cloth polo shirts are sort of novel but also great for doubling as a towel. There’s also the Breton striped shirt, a hallmark of the French Navy adapted for everyday wear and ubiquitous around the Mediterranean. It was designed as an undershirt for sailors, so it’s basically the tee shirt of the seas. 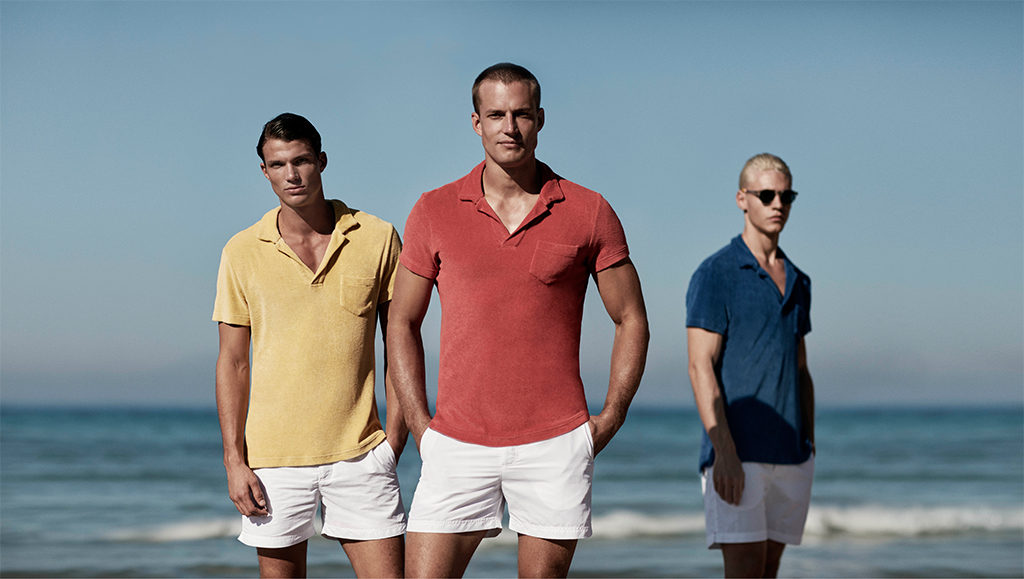 The dry look is neutral-toned trousers and shirts unbuttoned as low as good taste allows. White, beige, ecru, bone — if it’s the color of a hotel hallway, you’re on the right track. Navy is, as always, permissible. Most of this look can be achieved by keeping two adjectives in mind — rumpled and relaxed. Linen, the rumpliest and coolest of materials, is your friend and encouraged for your entire body where possible. Cotton stuff works as well, just be sure to get your items in relaxed fits. Pants shouldn’t be tight at the ankles, shirts can be cut a little boxier, etc. This isn’t to say go baggy — wide leg pants should still fit well at the waist, relaxed shirts should still fit at the neck. That’s the difference between a looser cut and wearing the wrong size. 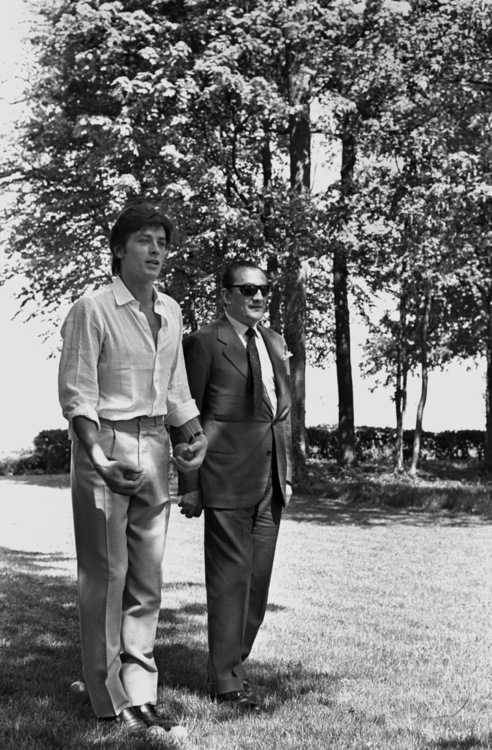 Footwear is actually the easiest thing here. If it slips on, you’re good to go. Who’s got time to lace anything when summer days are so fleeting and there’s bocce to play? Venetian, string, driving shoes, and other European styles of loafers with slimmer silhouettes are preferably to their clunkier American cousins like penny loafers. An espadrille will be your breeziest option while still having enclosed toes, although I’ve found they’re not great for walking around too much. The real deal European vacationers can rock leather sandals, but I’m hesitant to recommend those here since that’s a whole lot of look. 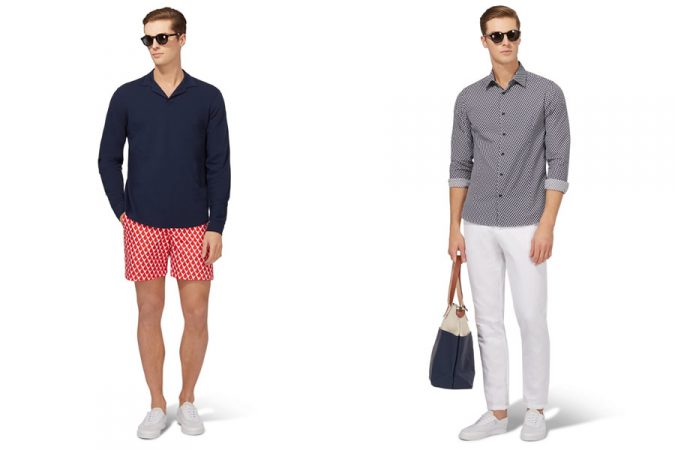 There are a good many brands that specialize in this style. It’s hard to find better examples than Orlebar Brown, Luca Faloni, and Vilbrequin, each one-stop-shops for your leisurely needs with trunks, pants, shirts, etc. Other brands with good, tailored trunks are Onia, Sundek, and Swim-Ology. For Breton stripes and other water-to-beach clothes, it’s hard to beat the French stalwarts Armor-Lux, Aprenteur, and Orcival. Tailored linen clothes are probably the easiest to find since most every brand makes at least something in it for summer. I like the cuts of Paul Smith and Barena myself.

Now you may be thinking to yourself- holy crap $300 for a bathing suit!? To which I say — to come into this look like Old Money heirs, it costs a metric ton. Don’t fret, though, there are ways to do this with a happy wallet in mind. 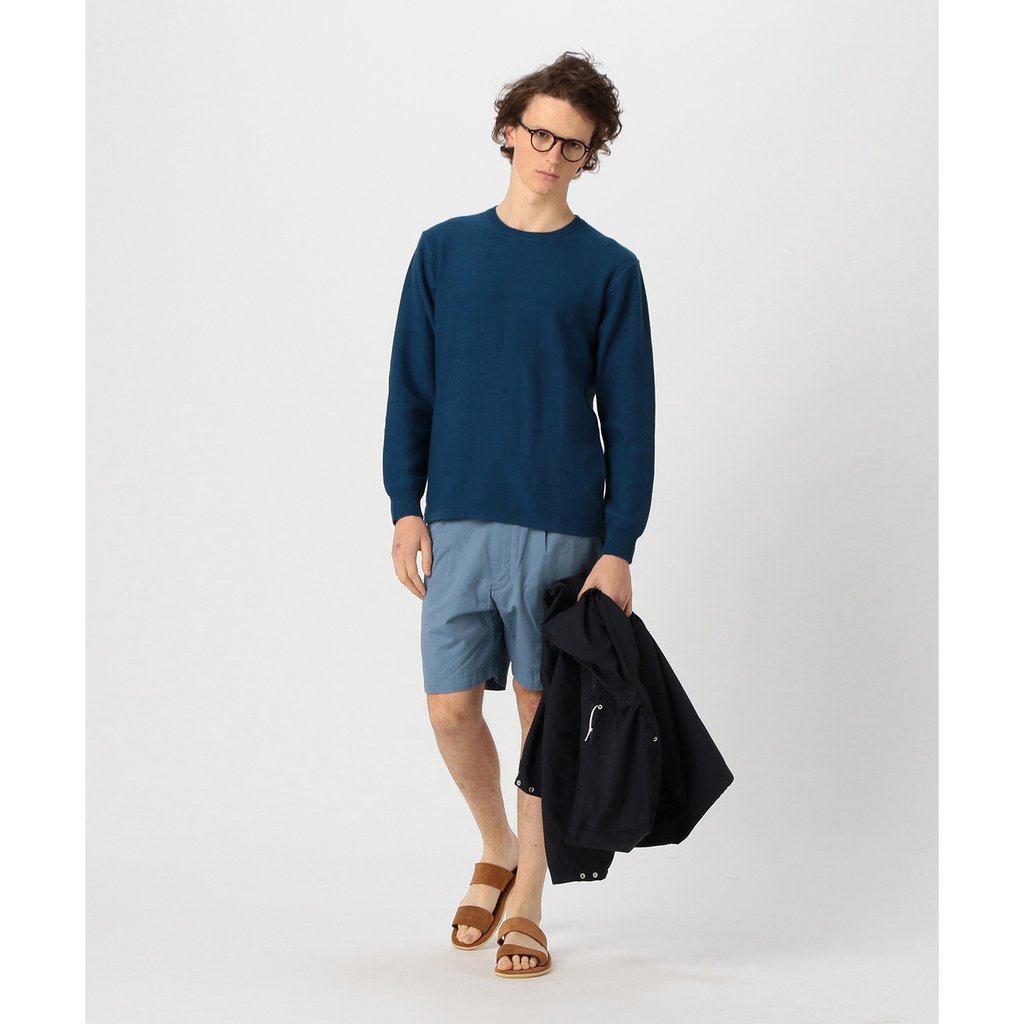 For starters, we’ve recently seen a great boon in American surfwear companies, such as Saturdays NYC, Mollusk, and Pilgrim. They offer a good amount of short trunks in addition to their board short options, plus other beachy goodness to round out your sun and surf time. If you’re hankering for some Breton stripes, consider a telnyashka, the undershirt of the Russian Navy. I’ve found them at Army/Navy stores for around $20 and they look basically the same. Linen shirts can be had on sale at J. Crew; linen pants and shorts are available at Ralph Lauren and Club Monaco. As for shoes, I’ve found that a pair of neutral slip-on sneakers, such as Vans in white or grey, work pretty well.

Whether you splurge or go for this champagne look on a beer budget, it’s one of the better ways to look put together in stymying heat. Toss on some Clubmasters, get an Aperol spritz, and bask in the leisure. Bon été, mes amis.